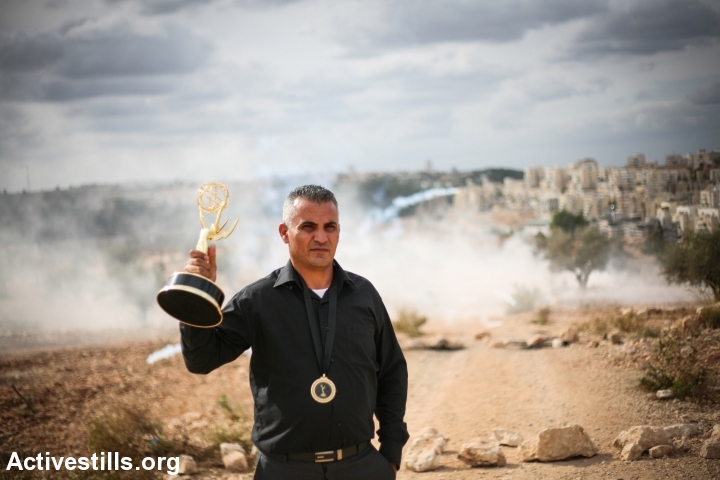 (See Google satellite view of Bil'in and Israel's wall, with the
settlement of Modi'in Illit, or Kiryat Sefer at right)