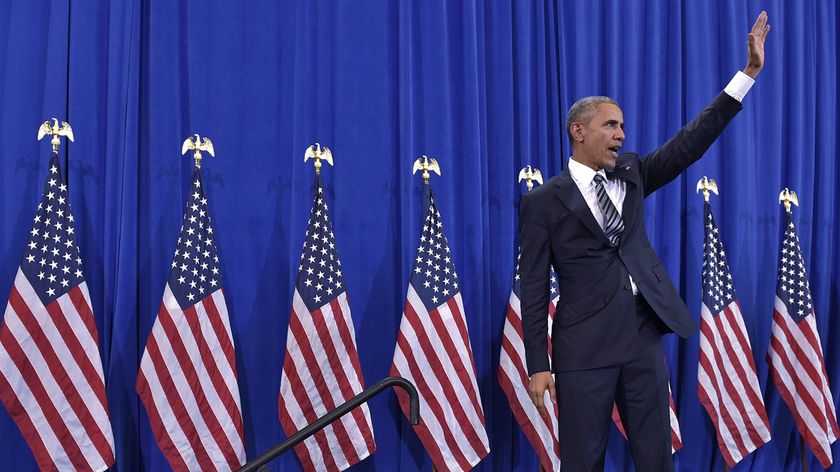 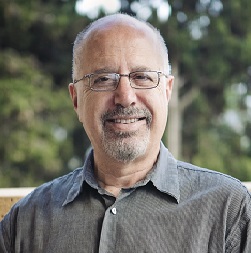 Shibley Telhami, Anwar Sadat Professor for Peace and Development at the University of Maryland and non-resident senior fellow at the Center for Middle East Policy at the Brookings Institution.

Q - Your latest poll found that 60% of Democrats and 46% of all Americans would support sanctions or stronger action against Israel for building Jewish settlements on occupied Palestinian land in contravention of international law and longstanding official US policy. These numbers are up 11 and 9%, respectively, from a poll you did a year ago. You also found 31% of Republicans would support the imposition of sanctions over settlements, up from 26% last year.

Do you see a trend in these numbers, and if so, what do you think is driving it?

Shibley Telhami - “In tracking American public attitudes on the settlement issue, one of the most striking findings has been the deep polarization, especially between Democrats and Republicans. We have found this in each of the four polls that we’ve conducted over the past two years to track change. There was not much change from 2014 to 2015. However, over the past year in particular we have witnessed a big change, particularly among Democrats who support sanctions or more serious action over Israeli settlements. That number went from 49% in November 2015 to 56% in October 2016 to 60% after the election. So clearly the biggest bump came during the election year and probably had a lot to do with the intensity of the political polarization on many issues including the Palestinian-Israeli conflict.

“Normally, unless you have a big event like the [2014] Gaza War, it’s unusual to find such a big change in attitudes. My own interpretation, as in the case of attitudes toward Muslims and Islam as well, is that there was a deep divide on this issue during the primaries where the Republican candidates competed for who was going to be more pro-Benjamin Netanyahu (who was by the way the most admired national or world leader among Republicans in my poll last spring). In the Democratic primaries, the pressure came from the other side, particularly from challenger Bernie Sanders, so I see the size of the change to be related to the political season. The question is whether it will be sustained in the coming months after Donald Trump takes office.”

Q - While your polling has found that both Democratic and Republican voters are much less supportive of Israel than many might expect, as the numbers cited above indicate, in this poll you wrote: “Americans continue to be highly polarized along party lines on imposing some economic sanctions or taking more serious action on Israeli settlements but the gap has widened over the past year.” In addition to the 60% who support sanctions, you also found that the percentage of Democrats “who agree that Israel has too much influence” on US policy and politics increased to 55% from 49% last year, and that 55% of Democrats believe Israel “is a burden to the US.”

Do you think this divide between Democrats and Republicans will continue to grow under the administration of President-elect Trump, who is surrounded by advisors who strongly support the hardline right in Israel, including Prime Minister Netanyahu’s Likud party and the settler movement?

ST - “On the issue of Israeli influence, obviously there has been an increase among Democrats who believe Israel has too much influence. It is clear that the Israeli Prime Minister played a role in what was an American domestic debate on the key issue of the Iran deal, and this may have been a significant factor in focusing attention on the role of Israel. As for the issue of Democrats thinking Israel is a burden to the U.S., note that this is part of two questions, not one, probing the degree to which Americans supported one of two propositions: a) whether Israel is an ally and an asset or b) whether Israel is a burden. Note that large majorities of Americans, including Republicans, Democrats, and Independents, agree that Israel is an important ally. On the second issue of Israel being a burden, most Americans don’t agree that Israel is a burden but 55% of Democrats do. Of course it is not unusual for people to see a country as being both an asset and a burden and that certainly is true of Democrats in this case, but note that more Democrats think Israel is an asset at the same time.

“As for what might happen under a Trump administration, we are in uncharted waters. Normally, given the end of the campaign and the beginning of a new administration, I would have expected that the polarization would have diminished. However, as we already see in the transition, we are still in the middle of highly intense polarization and contentious transition that is keeping Democrats and others who are opposed to Donald Trump mobilized so it really is not easy to predict. I would note that demographically, expanding segments of the American public including Hispanics, African Americans, and young people, tend to be more in harmony with the Democratic position on this issue and that trend is likely to continue.”

Q - The Republican and Democratic party establishments remain staunchly supportive of Israel and its right-wing government while, as evidenced by your polling, a majority (57%) of all Americans want the US to be neutral and, again, a significant majority of Democrats supporting sanctions against Israel and believing it is “a burden” on the US.

Have you ever seen such a disparity between the views of the base of the two major parties and their respective leaderships on any other issue as there is on Palestine and Israel, and what do you think accounts for this dissonance and lack of representation?

ST - “Two years ago, when I began to highlight the increasing disparity between Democrats and Republicans on the Israeli-Palestinian conflict, I noted that while elected Republican officials reflected well the positions of their constituents, the Democratic elected officials, particularly congressional leaders, were not fully in harmony with their constituents on this issue. In a piece I wrote with Katayoun Kishi in December 2014, we ended up anticipating that this disparity could become an issue in the Democratic primaries, even if the Arab-Israeli question is not a top priority for Americans. This certainly happened in the case of Sanders, who pressured leading candidate Hillary Clinton from the left and accused her of not being sufficiently empathetic to the Palestinians, which was in harmony with many of the Democratic constituents. We also see this currently on the issue of the candidacy of Representative Keith Ellison to head the DNC where there is resistance in the Democratic establishment, but more support among Democratic constituents. Also note that despite the fact that the Palestinian-Israeli conflict isn’t the hot issue of the day, one of the principal objections to Ellison is his reported positions on this conflict, which happens to be probably closer to the Democratic constituents than previous DNC Chairs. This tension between the Democratic constituents and the Democratic establishment will continue in my view though will not surface in a big way unless there are events that raise the profile of the conflict among the public.”

Q - According to news reports, President Obama is considering taking some sort of action at the United Nations regarding Palestine/Israel before he leaves office next month. According to your poll, a plurality (40%) of Americans, and 65% of Democrats, back Obama’s support or sponsorship of a Security Council resolution to end Israel’s settlement enterprise. A plurality of Americans (46%), and 70% of Democrats, also think Obama should sponsor or support a resolution laying parameters for a final peace deal between Israel and the Palestinians.

Did these or any of your other findings surprise you, and do you think President Obama is aware that he would have wide support in the Democratic party and a plurality of the general population for action at the UN?

ST - “In probing public attitudes on Obama’s possible action at the UN on the Israeli-Palestinian issue before he leaves office, it is noteworthy that the public environment is permissive for such action with a plurality of Americans supporting either a resolution that sets the parameters of laying out a final peace deal or a resolution seeking an end to Israeli settlements. Probably more noteworthy for Obama himself and his legacy is that his core constituency, the Democrats, strongly support him taking such action. It should also be noted that this is separate from the question which we asked independently and have tracked over time, which is whether the U.S. in general should sponsor or support a resolution on Palestinian statehood (without regard to the transition period). Here we find that only 31% of the American public wants the U.S. to veto such a resolution if it were to come up and a majority of Democrats want to vote in favor of such as resolution. So the questions to which you referred were specific to the transition, not to the principle of UN action, i.e. whether Obama should act before Trump takes office and whether it is appropriate to do so. As I highlighted above, a plurality of the public want him to take action during the transition, including a majority of Democrats.”