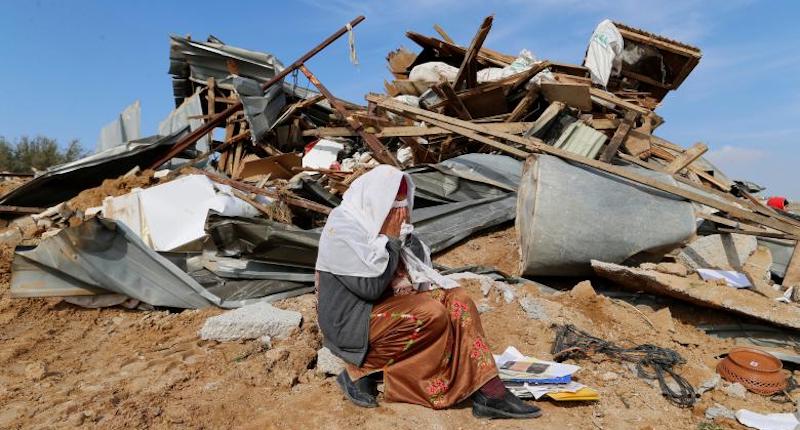 A woman sits in front of her destroyed home after it was demolished by Israeli bulldozers in the Bedouin village of Umm Al-Hiran. PHOTO: REUTERS/Ammar Awad

The policies of discrimination and displacement that Israel has implemented against Palestinians in the lands it has military occupied since the 1967 war are part of a larger program of dispossession of Palestinians dating to Israel’s establishment in 1948 and encompassing Palestinians citizens of Israel as well. Inside Israel’s pre-1967 borders, these policies are intended to limit and contain the Palestinian population in order to create and maintain a Jewish majority country that privileges Jewish citizens over non-Jewish ones.