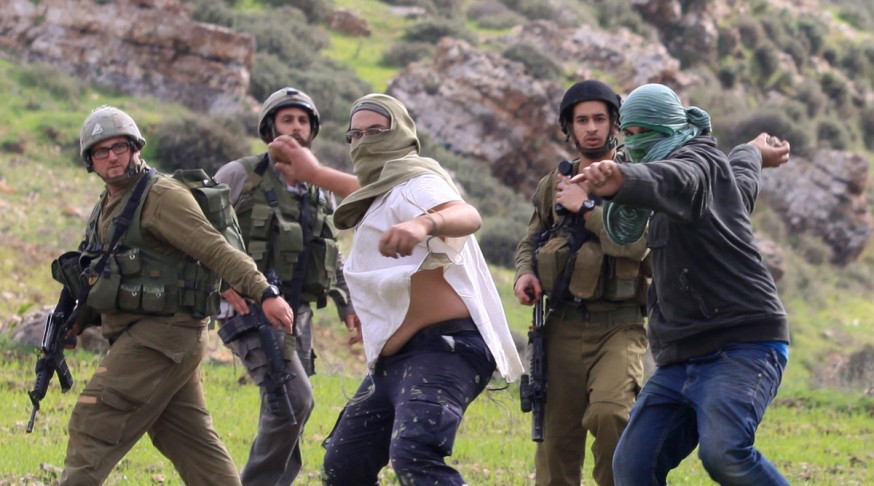 As Israeli soldiers watch, Jewish settlers from the settlement of Yitzhar throw rocks at Palestinian farmers near the city of Nablus in the occupied West Bank. (PHOTO: Emad Drimly Xinhua/Zumapress)

“Israel applies Israeli civil law to settlers, affording them legal protections, rights, and benefits that are not extended to Palestinians living in the same territory who are subjected to Israeli military law. Israel provides settlers with infrastructure, services, and subsidies that it denies to Palestinians, creating and sustaining a separate and unequal system of law, rules, and services.”