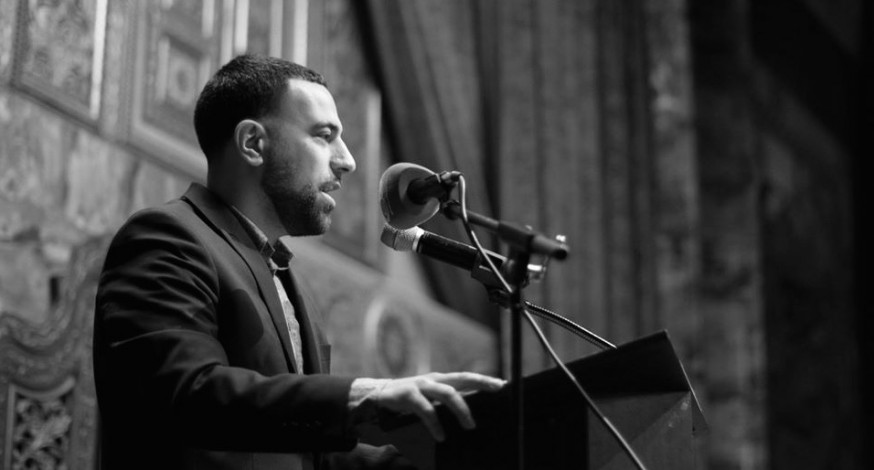 Ahmad Abuznaid, co-founder and Legal and Policy Director of Dream Defenders, is empowering the next generation of Palestinian-American youth organizers to mobilize alongside other communities of color. Founded after the killing of Trayvon Martin in 2012 and headquartered in Florida, Dream Defenders is a non-profit organization that provides trainings for youth (primarily ages 13-35) around Palestine, campaign strategy, power mapping, mass incarceration, the school to prison pipeline, and more.

“We felt like there needed to be a consistent space for youth of color to formulate ideas, to learn and develop together, and to take action,” Abuznaid relayed about the role of Dream Defenders. “We can’t allow ourselves to get caught up in reacting to tragedies [like the death of Trayvon Martin] as they happen,” he continued. “We have to make sure we have a long term vision for the preparation of all of our people in the struggle.”

Abuznaid co-founded Dream Defenders with two college friends, Umi Selah and Gabriel Pendas, whom he had organized with as student body vice president at Florida State University. After hearing about Trayvon Martin’s death on social media while traveling in the Netherlands, Abuznaid and his friends jumped in and organized a conference call.

The call culminated in a three-day long march from Daytona Beach to Sanford, Florida, where Trayvon was killed. From there, Dream Defenders was off and running, and went from having no funds and a staff of zero to an $800,000 budget and eight employees in three years.

Abuznaid was born in Jerusalem and moved to the US at the age of one. On his father’s side, Abuznaid’s relatives reside in Dura, el-Khalil (Hebron). His mother’s family hails from the city of el-Khalil (Hebron). He attributes his fascination with social justice organizing to returning to Palestine as a seven-year-old, and living there for five years.

“The day we moved back, I flew into Ben Gurion Airport and was escorted through a separate process whereby my mother and I were taken to a back room and strip searched,” he recalled. “As a seven-year-old boy being strip searched next to your mother... that obviously has a lasting effect.”

Because of my experience in Palestine, the blinders had been taken off of my eyes. It was very easy for me to see parallels in different oppressions.

The transition continued to feel complex. “I think that experience instilled some form of temporary self-hatred. I was angry at having to come to my ‘homeland’ and be treated that way,” he continued. “I felt like I wanted to reject that and just be American -- because if this was what life was like as a Palestinian, my seven-year-old self didn’t want it.”

After getting acclimated in Palestine then moving back to the States, Abuznaid landed himself a new social home. “Because of my experience in Palestine, the blinders had been taken off of my eyes. It was very easy for me to see parallels in different oppressions. I started hanging out with all the Black and Latino kids,” he shared. “Maybe because of what these systems have done to us, I felt a similar spirit of resistance.” He grew into an avid Tupac fan, impassioned by the artist’s dedication to “celebrating oneself” and being “unapologetic, fearless, and powerful” in the face of oppression.

In 2016, Abuznaid and his colleagues at Dream Defenders will continue with their work, and  build out a statewide listening project called the Free Campaign, in which youth are connecting with their communities to define a specific vision for freedom and justice.