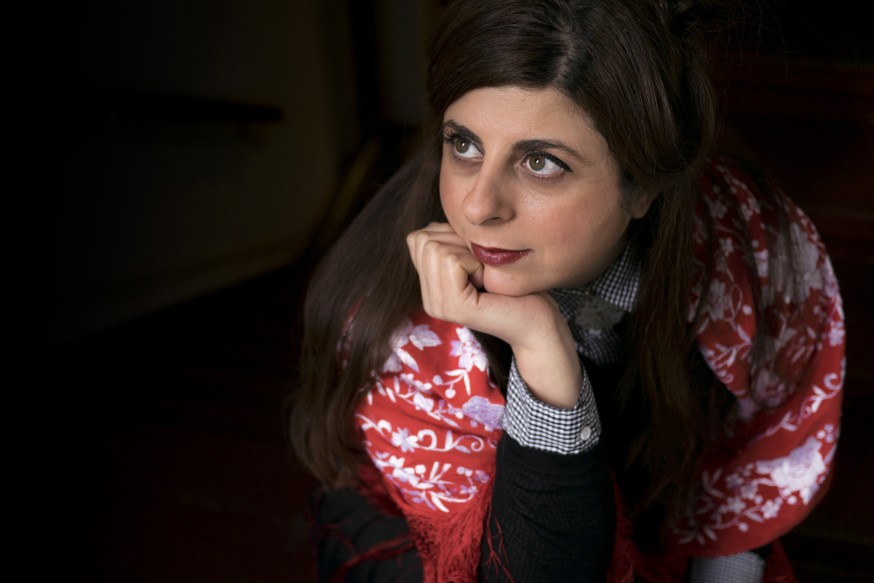 For the last several years, artist-filmmaker Alexandra Handal has spent much of her time researching the 1948 displacement of Palestinians from West Jerusalem. She gathered oral histories, photos, and documents from a generation whose numbers are now dwindling, and the result was her interactive web documentary art, titled “Dream Homes Property Consultants (DHPC).”

At first, DHPC appears to be an ordinary real estate agency website where “Arab-style” houses are advertised. Clicking through the site, however, leads visitors on a journey through the vanishing Palestinian social and cultural history of West Jerusalem. Each refugee house is linked to biographical information of the family that once lived there. Short films, animations, sound, and hand-drawn maps are combined to tell moving stories of the homes and neighborhoods these Palestinians had fled.

DHPC is the first independently produced interactive web documentary by an artist-filmmaker from the MENA region, and since it went live in 2013, it’s been featured in several international documentary film festivals and won the Lumen People’s Choice Gold Award. It’s also among the top 15 most viewed documentaries on MIT Open Documentary Lab, a “database of the people, projects, and technologies transforming documentary in the digital age.”

The IMEU spoke with Handal, who is originally from Bethlehem but now splits her time between Europe and the Middle East, about her innovative form for preserving these memories, and how she brought them to life.

Q – Can you tell me how you were inspired to create “Dream Homes Property Consultants (DHPC)”?

Alexandra Handal: The idea for the work grew from an encounter I made in the early 1990s. During a trip to NYC, I met a Palestinian refugee and he showed me a real estate advertisement that featured upscale residential properties in West Jerusalem. At first glance, there was nothing particularly special about this ad, but the absurd political reality around it became evident after he explained to me that this was in fact his family’s expropriated home that was now on sale for an Israeli Jewish international clientele. I was a teenager at the time and the story had an enduring impact on me – beneath the glossy surface of the ad was a cruel reality.

Roughly ten years later, remembering that encounter, I began browsing Israeli real estate agency websites wondering whether I might come across an advertisement like that one again. I could not have anticipated what followed in terms of the amount of material I would find, what it revealed, and how it made me feel.

Q – What did you find on the websites?

AH: Well, this led me to compile a collection of advertisements, which I used to carefully study how confiscated Palestinian homes were being imagined in an Israeli Jewish context. I learned that expropriated Palestinian houses in West Jerusalem are ironically repackaged by Israeli real estate agencies as “Arab-style.” The use of the word “Arab” in “Arab-style” is emptied of its Palestinian memory and reduced to architectural terminology.

The other component of my investigation was the emotional impact that sifting through estate agency photos of West Jerusalem would evoke in me. The images that are commonly featured on such commercial websites are informal domestic snapshots, where images of quotidian life are on display in order to imagine oneself in that space. For those looking for a place to buy, the space is a commodity, but for me, the images became a way to access a suppressed history. I got a glimpse of what became of the homes of Palestinian refugees from West Jerusalem. The presence of the current Israeli Jewish occupant emphasized the Palestinian absence.

It was not until I began meeting Palestinian refugees from West Jerusalem that I realized the stories they were telling me needed to be set in an imaginary real estate agency, as it provided the context necessary to empathize with such monumental loss.

Q – How did you find the participants for your project?

AH: It happened organically. I met the initial participants of “Dream Homes Property Consultants (DHPC)” by way of a short film I was working on titled “From the Bed & Breakfast Notebooks.” I discovered that disguised as a tourist I could spend time at confiscated Palestinian homes, because some of them have been converted into Israeli bed & breakfasts. This specific B&B was located in the western part of the al-Musrara neighborhood, which was divided by a no man’s land in 1948.

During my stay as a “tourist,” I did a number of walks in order to experience the city from that perspective. It was a summer afternoon in 2007 that I met Louis Safieh, a retired Palestinian tour guide. When I told him about the short film I was working on, he responded that in fact he had lived in al-Musrara prior to 1948. By moving a mere 100 meters to seek refuge in the Old City, he and his family had become refugees. This chance encounter set in motion the oral history component of DHPC, and I met the remaining participants through word of mouth.

Q – It really speaks to the nature of Palestinian culture that you found participants just through word of mouth.

AH: Without that kind of network, I could not have done it because Palestinian refugees from West Jerusalem are scattered around the world and difficult to trace. Being predominantly from the middle class, with some from the working class and others from the upper class, they did not end up in camps in 1948 like the majority of Palestinian refugees. However, they still had to rebuild their lives from scratch. I started the oral history component of the project with the refugees who currently reside in East Jerusalem and Bethlehem, rather than those who are dispersed throughout the world. Given their close proximity to West Jerusalem, I was able to witness first-hand what had become of the places that they described to me from memory.

Q – In part of your project, you had the participants draw a map of their former home from memory. How did you get this idea?

AH: The idea to have the participants draw mental maps evolved from a conversation I had at the inception of the project with the late Issa Giacaman. Unable to go from Bethlehem to Jerusalem without a permit issued by Israel, he drew on a piece of paper how I could locate his confiscated family house in West Jerusalem. He did not let the difficulty of obtaining a travel document impede his desire to tell his story, and creative acts of defiance like this are a huge part of DHPC. This visual document was not only useful in helping me identify his house, but it also gave me a sense of the neighborhood.

Q – So you would take their maps and go look for their houses in West Jerusalem. How did you know if you had found the right place?

AH: I relied on more than one resource. Photos alone were not always sufficient and at times they could even be misleading. For instance, I was able to locate Omar Qunnais’s home in ‘Ayn Karim by relying to his mental map, but what confirmed that it was indeed the correct house were the two small lions carved on the stone wall. For those who live in East Jerusalem, like Abla Dajani, the mental map had a different function, as she was able to take me to her neighbourhood of al-Ba’qa. But even before we went there together, she drew me a map that left me completely stunned by the amount of detail it included.

Q – Did you find that most people’s memories of their West Jerusalem neighbourhoods were as accurate as Abla’s?

AH: Incredibly accurate! I believe it shows just how deeply connected they are to Jerusalem, as the intimacy with which they remember places was astounding. It is important to mention that the core of this project is not just about one aspect of memory, but rather the whole gamut, including what remains forgotten. Everything matters, even the incomplete recollections and the gaps. My desire is not to make things whole, but rather to address the rupture in such a way that the scars are not hidden but are left visible so that the story is told more truthfully.

Q – How do you think people felt being asked about their old homes and that time in their lives?

AH: They gave me their attention and I gave them mine. There was a genuine commitment on both sides, as the work required mutual trust from the onset. This was a long-term project and it involved a real engagement with each one’s unique personal story, which is part of our collective history. My feeling throughout has been that they felt their stories were considered with respect and that they were part of something that had a much larger meaning.