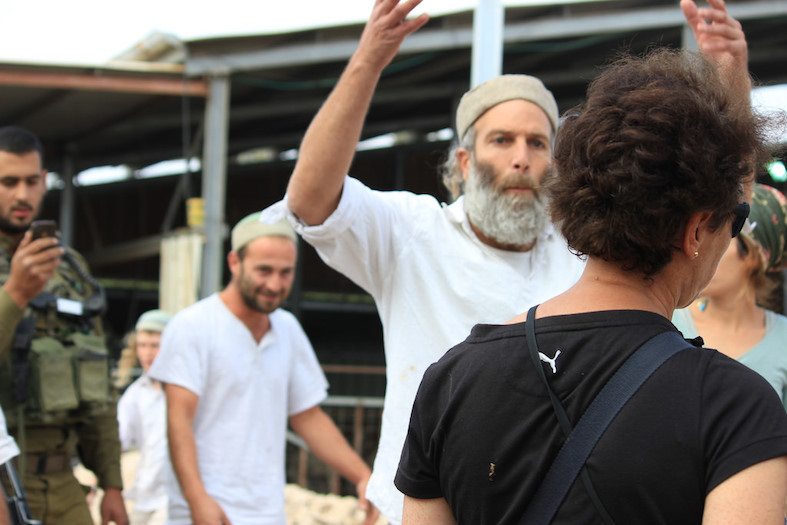 No. Although Palestinian citizens of Israel are entitled to vote and participate in Israeli political life, and several Palestinians are members of the Knesset (the Israeli parliament), they do not receive the same treatment as Jewish citizens at the hands of the government.

From the birth of the state in 1948 until 1966, predominantly Palestinian areas were ruled through a military government that enforced draconian restrictions affecting all realms of life.

Israel still applies more than 50 laws that privilege Jews over Arabs. For example, the 1950 Law of Return grants automatic citizenship rights to Jews from anywhere in the world upon request, while denying that same right to Palestinians.

The Basic Law of Human Dignity and Freedom ensures that Israel is the state of the "Jewish people," not its citizens. This law was passed in 1992 to serve as a "bill of rights," as Israel does not have a written constitution. Israel's flag and other national symbols are Jewish religious symbols, not neutral or national ones that represent all the citizens of the state.

Government resources, meanwhile, are disproportionately directed to Jews and not to Arabs, one factor in causing the Palestinians of Israel to suffer the lowest living standards in Israeli society by all economic indicators. Human Rights Watch has compiled an extensive study of Israel's policy of "separate, not equal" schools for Palestinian children, finding that "Government-run Arab schools are a world apart from government-run Jewish schools. In virtually every respect, Palestinian Arab children get an education inferior to that of Jewish children, and their relatively poor performance in school reflects this." (report)

As many as 45 Palestinian villages in Israel, many of which pre-date the founding of the state, are not recognized by the Israeli government, and are not listed on maps and receive no services (water, electricity, sanitation, roads, etc.) from the government. More than 75,000 Palestinians live in these unrecognized villages. Meanwhile, hundreds of new Jewish communities have been established on lands confiscated from Palestinians.