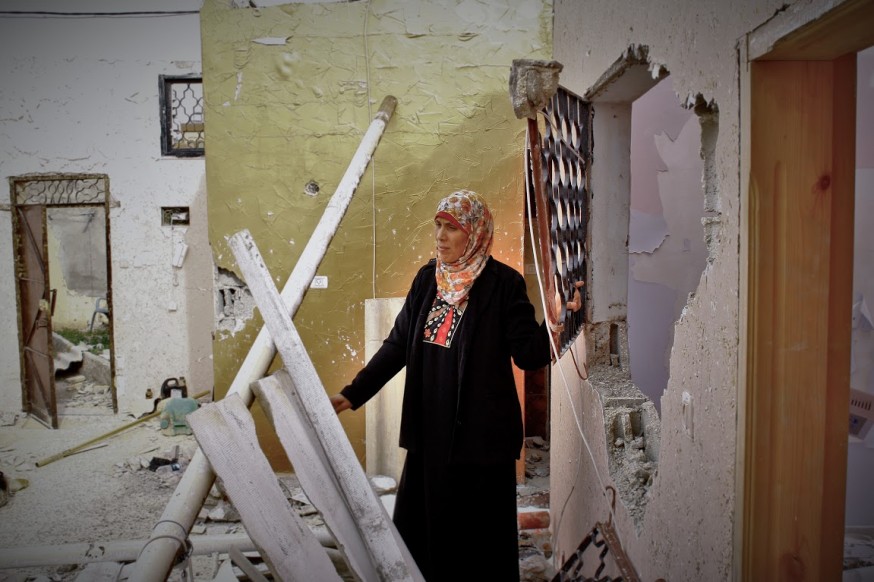 Aysha Saeed Owda El Kurd, a mother of five from Rafah, works as a nurse. Her husband was a prisoner in Israeli prisons for 14 years. In 1988, shortly after Israel freed him, he was killed. 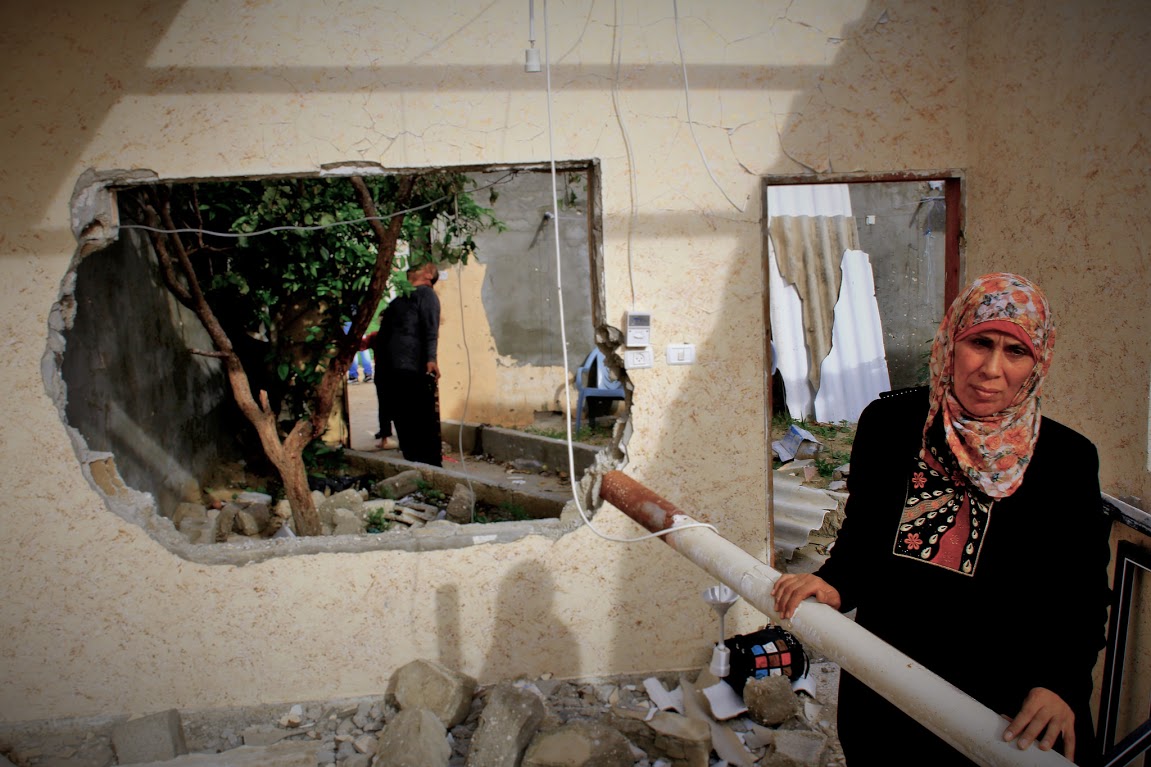 I play the role of mother and father in my family. I have a lot of responsibility because all but one of my sons can’t find work. After my husband was killed, I lived with my five children in a rented house until we were able to buy a new house.

I was in prison for five years. I was pregnant with my youngest son during the period of imprisonment and I gave birth while there. When I was released in 1988, I only had a high school certificate. I went to the UN to find any job I could for sustenance. I was hired as a worker in the health center and I continued my studies after work at night. I managed to finish and I took a test to help in the health center and then got a promotion and became a nurse. I love my job, especially helping women give birth.

I bought a house for my son after he got married and it was destroyed in the 2008 war on Gaza. We had to start from zero again. We bought an old house in 2013 and repaired it. Three of my sons lived in it because it was hard to rebuild our home again because of the blockade and the shortage of the building materials.

I kissed him and said goodbye. It was extremely hard for me. There was nothing I could do. I couldn’t save him with medical treatment as I did for so many other people.

When the war started in 2014, my son Ibrahim was supposed to come to Gaza and tried twice but the closure of the borders prevented him from coming and he wasn’t here when his brother was killed. My other three sons came to my house with their families in Al-Shaboura neighborhood because it was safer than the eastern areas where their house is beside the borders. During the ceasefire, my son Yasser went to check on his house like everyone else, to see what happened in the area and suddenly the ceasefire was broken and the Israeli army started to bomb randomly. The house was bombed with two missiles and Yasser was killed with two other people.

When I heard my son was injured, I remember that I walked the street at night under the continuous bombing to search for him. I tried calling him on his phone. I just couldn’t believe that he was killed. I asked my colleagues in Abu Yosef Al Najjar Hospital to ask about him and they told me that they didn’t know anything because the hospital was bombed. I felt they were also afraid to tell me the truth. 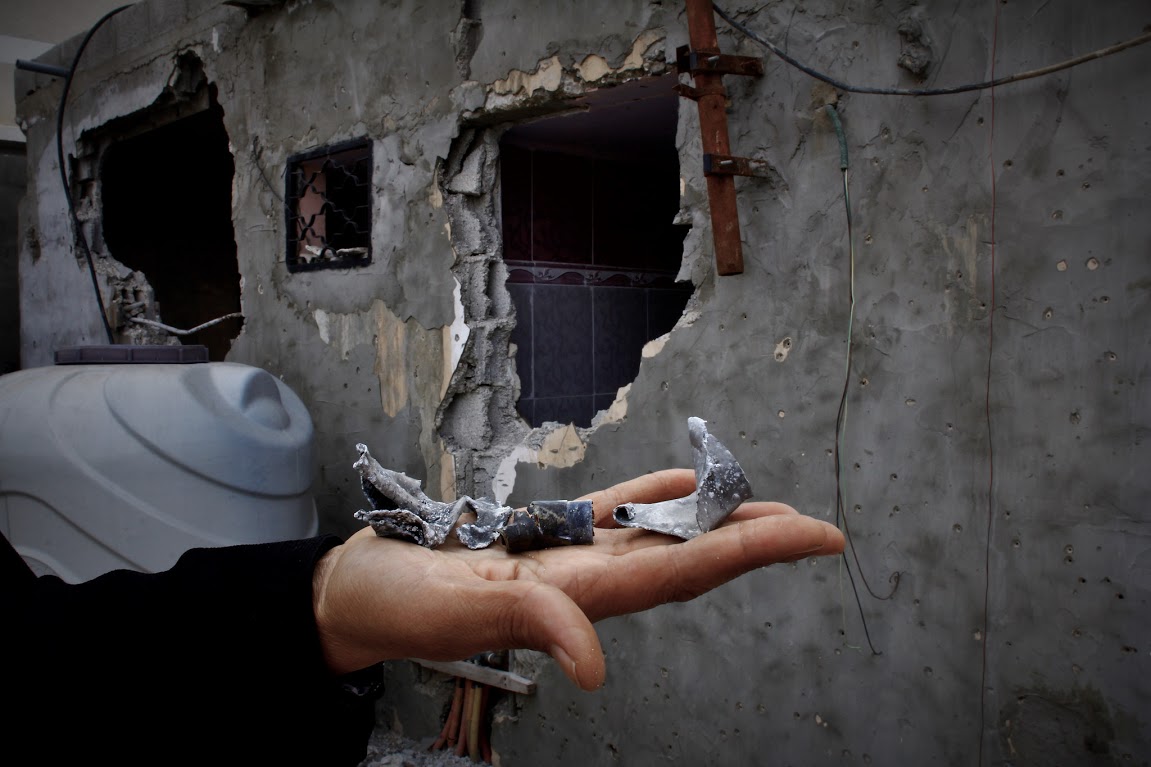 Two weeks after my son was killed, I went out to help, even though I felt I could collapse. I felt it was my duty to serve all the people who were injured.

Then I called the Kuwaiti Maternity Hospital and they told me they received injured and dead bodies and my son was among them. When we arrived, they told me the full truth, which I already knew in my heart — that he was killed. I asked to see him and went into the mortuary in the hospital and I saw him for the last time. I kissed him and said goodbye. It was extremely hard for me. There was nothing I could do. I couldn’t save him with medical treatment as I did for so many other people.

During the war, a lot of people came to the health center and I worked a lot because the people needed us. Two weeks after my son was killed, I went out to help, even though I felt I could collapse. I felt it was my duty to serve all the people who were injured. I went to many people’s houses to treat them and I helped many women give birth at home because it was too dangerous for them to go out.

We’re currently 22 people living in the same house and we don’t have the ability to rebuild my sons’ house again because our income is not enough and because of the blockade.