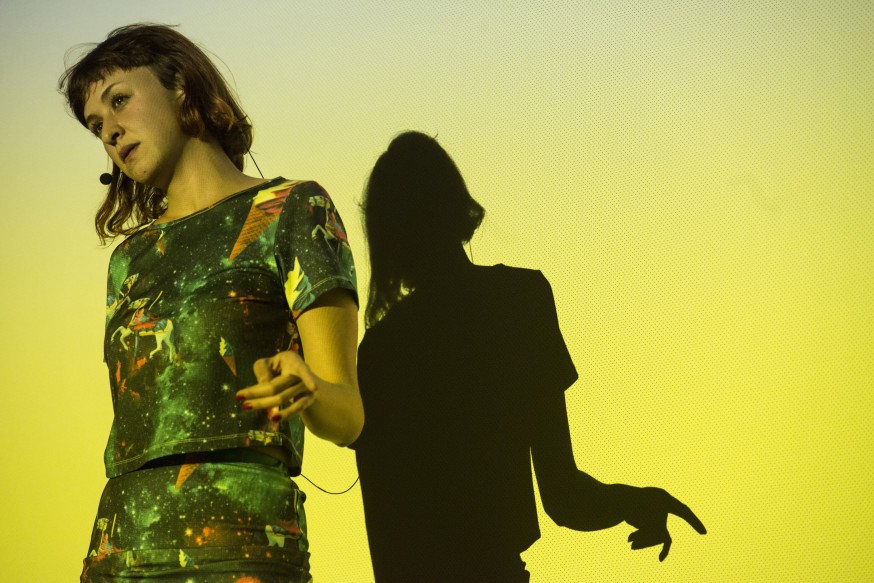 Basma Alsharif is Palestinian-American visual artist who works in film, photography, and installation, and who explores the human condition as it relates to geopolitics through her art. Her work has been shown at major exhibitions all over the world, including at Les Modules at the Palais de Tokyo, Here and Elsewhere at the New Museum, the Riwaq Biennial in Palestine, Videobrasil, the Institut du Monde Arab, the Sharjah Biennial 9, and Manifesta 8.

Born in Kuwait, and raised in France and the United States with frequent visits to Palestine, Alsharif spent much of her early life on the move. Since graduating from the University of Illinois with both a Bachelor's and Master's of Fine Arts, she has lived and worked out of a number of cities around the world, among them Cairo, Beirut, and Paris. "Now I'm based in Los Angeles," she says, "but for eight years before that I spent my life working and living nomadically."

With family still in Palestine, Alsharif spent much of her youth navigating checkpoints as she traveled through Amman and later Tel Aviv to visit relatives in both the West Bank and Gaza. At age seven, she took her first 35mm camera - a white Kodak point and shoot - along with her. The camera was immediately confiscated by an Israeli soldier and returned when she exited the Gaza strip. She says that experience allowed her "to understand that even though I was a child, I was to be feared because I was a Palestinian who might show something through this camera that would leave the occupying power exposed." Starting in 2002, due to stringent security measures and increasing volatility, Alsharif didn't visit Palestine for ten years. She returned in 2012 for the first time, the same year as the siege on Gaza known as "Operation Pillar of Defense."

Alsharif believes that her early exposure to travel and the Palestinian conflict was a major force in shaping her identity. "I have a deep connection to Palestine," she says. "I grew up alongside the occupation while also forming parts of my identity in France, and being educated in the US." This personal history is echoed in Alsharif's complex soundtracks, images, videos, and an array of multimedia to explore the human condition in relation to history and political landscapes, using Palestine as the microcosm for that exploration.

Inspired by the questions and conflicts that her past raises, Alsharif's work commonly refers back to Palestine. In her award-winning 2009 film, We Began by Measuring Distance, Alsharif pit fact against fiction in order to "complicate how we actively understand and/or misunderstand history." Using film to convey the complexities and tragedy of the Palestinian conflict, Alsharif refrained from reiterating facts in the film, preferring instead to move them "beyond knowledge and understanding toward an experience that makes the audience active in how they receive information."

Another film project, called Doppelganging, came out of a desire to turn the subjective experience of Palestine into something that could be experienced by an audience. The film allows audiences to see at a landscape in ruins and see ruins in other parts of the world as part of that same landscape. Alsharif developed an exercise in self-hypnosis that was translated into a collective act and created a body of work around this idea. One element was a short titled film Deep Sleep, which was shot between Malta, Greece, and the Gaza Strip, and focused on the phenomenon of being in multiple places at the same time.

Alsharif was an artist in residence at the Palais de Tokyo in Paris in 2014-2015 where she produced an installation titled Renée's Room that consisted of a looping video in a constructed room with a live feed surveillance camera. The title invoked both Joseph Conrad's Heart of Darkness and Nietsche's Thus Spoke Zarathustra, and the installation evoked the idea of rebirth as an endlessly repeating amnesiac moment: bright and dark, negative and positive, optimistic and fatalistic. Additionally, she has had solo shows at Darat al Funun in Amman and with Galerie Imane Farés in Paris and is beginning to work on a feature length film.

Her awards include a Jury prize at the 9th Sharjah Biennial, the Fundacion Marcelino Botin Fund for Visual Arts, the Marion MacMahon Award at Images Festival in Toronto, the International Competition at VIDEOEX in Zurich, and the LOOP Barcelona prize.

Alsharif has shown a selection of her work and engaged audiences in discussions and workshops all over the world, and her work is often warmly received. "I think there are always people around who are interested in looking at the world in ways that give them the responsibility of making sense of it," she says. "It's my own personal interest in the work I am drawn to and why I imagine others are drawn to the work I make - as part of a larger conversation, a dialogue. I hope to continue creating artwork that communicates information through a visceral experience, and moves audiences to 'see' differently."