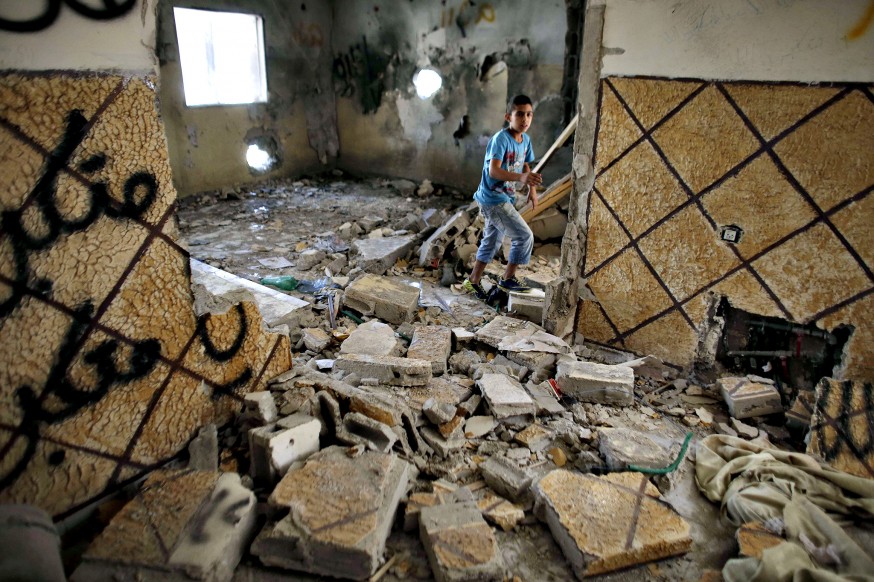 PHOTO: A relative of a Palestinian man who killed two Israelis with his car last month walks through his destroyed home in Silwan, occupied East Jerusalem, after it was razed by Israeli authorities on November 19, 2014. (Ahmad Gharabli/AFP)

HOME DEMOLITIONS AS A FORM OF COLLECTIVE PUNISHMENT

HOME DEMOLITIONS AS A TOOL OF ETHNIC CLEANSING