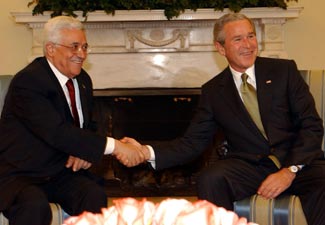 No.  The United States has repeatedly cited its "special relationship" with Israel, described it as a "strategic ally," and provided Israel with vitally important diplomatic support.  For example, the U.S. has exercised its veto power in the United Nations Security Council 41 times to protect Israel from censure - half of the U.S. vetoes cast since the birth of the UN.

Palestinians have noted these facts.  They are also well aware of the level of military and economic aid the U.S. provides Israel each year. They have also directly experienced U.S. favoritism for Israel during the Camp David negotiations in 2000. (Read more about Camp David <a href="http://imeu.net/news/article0057.shtml">here</a>.)