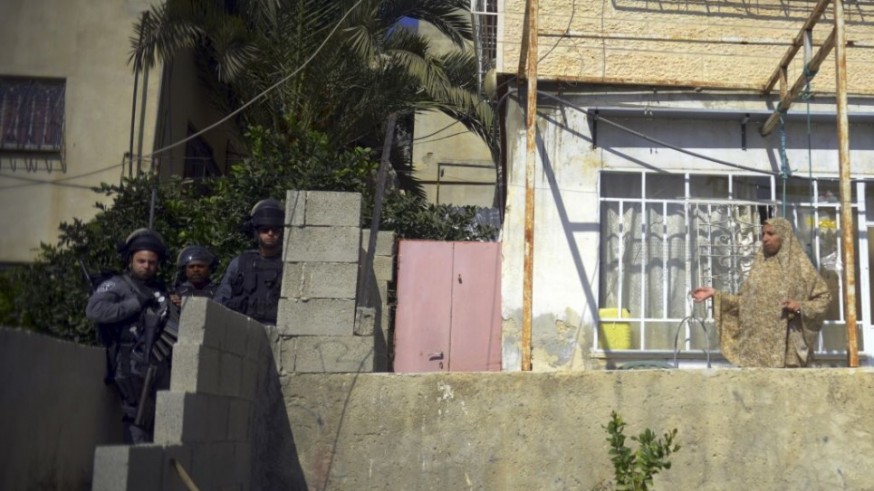 PHOTO: A Palestinian woman stands in front of her Silwan apartment while Israeli police officers secure an alleyway leading to the entrance of a home that Jewish settlers had moved into on Tuesday, Sept. 30, 2014. (AP/Mahmoud Illean)

Last week, Jewish settlers working with an Israeli organization called Elad took over 25 apartments in the Palestinian neighborhood of Silwan in occupied East Jerusalem. It was the largest such takeover of Palestinian property in East Jerusalem in decades, further inflaming already high tensions in the city. Elad and the Jewish National Fund, which often work together to evict Palestinians from their homes in East Jerusalem, are both registered charitable organizations in the US, despite the fact that their discriminatory policies and actions run contrary to US policy in the region and US laws concerning 501(c)(3) nonprofit organizations.

THE JNF, ELAD & THE "JUDAIZATION" OF SILWAN: A CASE STUDY

The Times of Israel

Fanning the Flames in Jerusalem (October 2014)