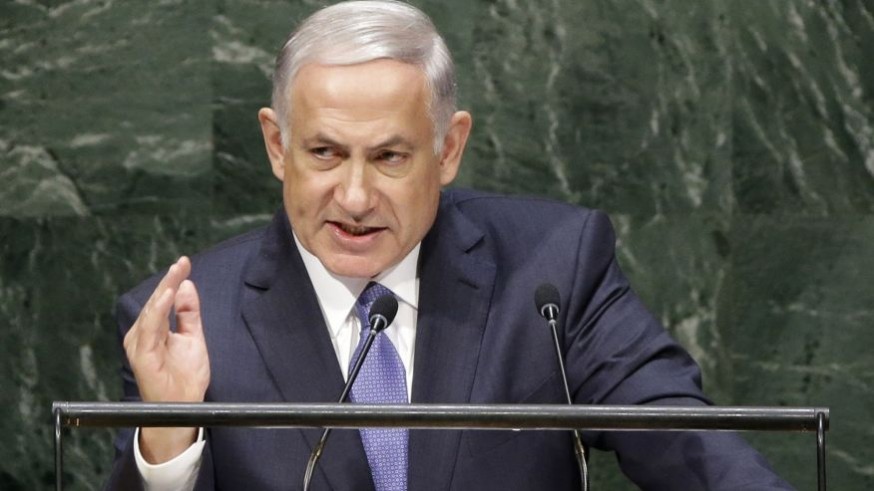 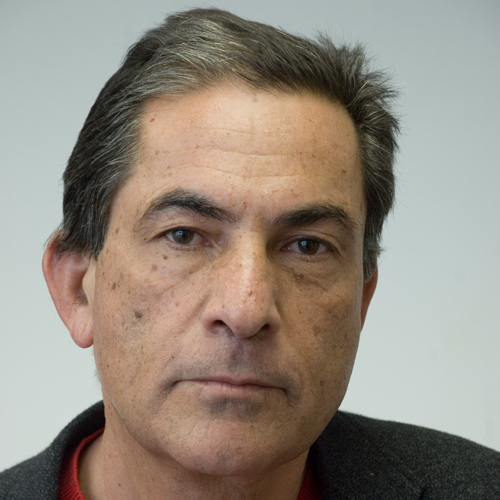 Gideon Levy, Award-winning Israeli journalist for Haaretz newspaper, former advisor to Shimon Peres, and author of The Punishment of Gaza (2010).

Q - In his speech to the UN General Assembly today, Prime Minister Netanyahu will likely draw a parallel between the West's struggle against ISIS and Israel's fight against Hamas. Is this a reasonable comparison?

GL - "There is no comparison between Hamas and ISIS except in Israeli propaganda. Hamas is a Palestinian religious-national movement, not a world Jihad organization."

Q - What is Netanyahu's endgame vis-a-vis Hamas in particular, and Palestinians in general?

GL - "Netanyahu's endgame is maintaining the status quo: Occupation in the West Bank, siege on Gaza, and a peaceful life for Israelis."

Q - Last week, Israeli Justice Minister and chief peace negotiator Tzipi Livni, widely considered a dove by Western politicians, was quoted saying that peace talks were never intended to create a fully sovereign or independent Palestinian state. Meanwhile, earlier this summer, Netanyahu declared that Israel would never give up control of the Jordan Valley in the occupied West Bank, a prerequisite for the creation of a Palestinian state.

GL - “In my view, the two-state solution is a train which had already left the station. Israel never really meant to implement it -- on the contrary, all Israeli governments have done everything possible to sabotage it -- and from now on the two-state solution remains only in the form of lip service and as a tool for Israel to gain more time for deepening the occupation even more.”

Q - During Israel's attack on Gaza this summer, many observers noted an alarming shift to the hard right in Israeli society, which had already moved far to the right over the past decade or so, with open expressions of virulent racism, and even mob violence against Palestinians, becoming common. You recently wrote about the moribund state of Israel's traditional left-wing, "peace camp."

Is there any hope that, barring outside pressure, Israelis will do the right thing regarding the Palestinians?

GL - “I don't see any hope for change from within the Israeli society. Life in Israel is too good and Israelis are in denial about the occupation." 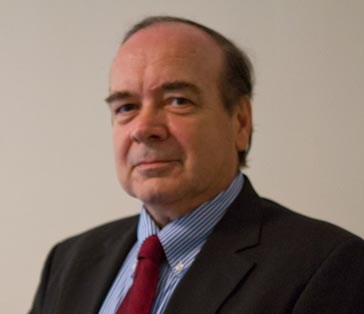 Mark Perry, Washington-based author and expert on Hamas, contributor to Foreign Policy magazine, and author of Talking to Terrorists: Why America Must Engage with its Enemies (2010).

Q - Israeli Prime Minister Benjamin Netanyahu has been attempting to conflate Hamas and the so-called Islamic State in Iraq and Syria (ISIS), claiming that "Hamas is ISIS, ISIS is Hamas." Is this a fair comparison? Why or why not?

MP - “Mr. Netanyahu has made a great deal of the comparison -- mentioning the ‘Hamas is ISIS, ISIS is Hamas,’ phrasing both in a press conference during the Gaza war and then in a tweet. Not surprisingly, neither Netanyahu nor any other Israelis who have made the claim has made much of an effort to support it. Manifestly, because it is unsupportable.

“ISIS is neither a political party, nor a political movement. Rather, it is reminiscent (in our own time) of the Khmer Rouge or, in another time, of the Jacobins. Hamas, on the other hand, is a political movement that derives its legitimacy from a diverse constituency operating in a caucus driven democratic environment in which its leaders are answerable to the movement's members and supporters. That is to say: unlike ISIS, Hamas is a believer in democracy -- by participating in democratic elections and in laying out programs for governance. And it has gained, and maintains its popularity through an extensive network of social programs.

“But, at least for me, there is no greater comparison than one I saw firsthand, when a senior member of Hamas met with a Salafist radical for a presentation in Beirut several years ago. The tension between the two was palpable, with the Salafist claiming that the Hamas official had ‘sold out’ -- because the movement believed in democratic principles. ‘Come with me, my brother,’ this Salafist said to the Hamas official, ‘and together we will change our region. And we will start by burning it down.’ ISIS believes in burning it down. Hamas does not.”

Q - Why do you think Netanyahu is trying to portray Hamas and ISIS as being one and the same?

MP - “Mr. Netanyahu claims that ISIS is Hamas not because he actually believes it (certainly, he knows better, as his intelligence services speak with Hamas members and leaders nearly every day), but because he believes that such cavalier claims can be foisted on an unsuspecting American public -- or at least that part of our public that believes that all Muslims are alike, that all Muslims are radical, that all Muslims are fighting for a caliphate, and that all Muslims would veil women. That has never been true, it's not true now, and it's certainly not true for Hamas. My sense is that the comparison, though repeated again and again, has already failed to impress or convince the vast majority of US and European policymakers. They simply don't believe it.”

Q - Echoing Israeli talking points, Hamas is usually portrayed in the West as an extremist group that wants to "destroy Israel" and refuses to renounce violence, while its noticeable shift towards more "moderate" positions in recent years has been largely ignored. What are Hamas' goals, and would it accept the two-state solution?

MP - “The resolution of the Israeli-Palestinian conflict lies with the Israelis -- not with the Palestinians. When Israel decides there will be peace, there will be. Until that point, there won't be. The goal of all Israeli governments, and not simply this government, is not peace and is not a two-state solution. The goal of Israel is the destruction of the Palestinian movement. Hamas knows this, and acts accordingly, while Mr. Mahmoud Abbas does not know this, and so trusts that at some point (and given enough political pressure), Israel will cease its violence against the Palestinian people and negotiate a credible and permanent solution to the conflict. His has been a foolish gamble.

“Will Hamas accept a two-state solution? The Hamas leadership has recently pledged to be a part of a national unity government -- a government that, by definition, accepts a two-state resolution to the conflict. Israel is on the record as opposing a national unity government, which is one of the reasons it went to war against the Palestinians in Gaza. A national unity government, including Hamas, upends Israel's claims that it has no partner for negotiation, it negates the Hamas is ISIS claim, and it bares Israel's end-state political goals: of a Jewish-only state from the Jordan River to the Mediterranean. It is time for the U.S. and the E.U to do what they refuse to do: they need to talk with the leaders of Hamas to test Israel's claims about them -- and to, with them, search for a resolution to what has been an intractable political conflict.”

Q - The US talks to sworn enemies like Iran and even the Taliban, but refuses to deal with Hamas, which it has designated a terrorist organization. Do you think that the Israeli-led American boycott of Hamas, a major player in Palestinian politics, has been helpful to efforts to make peace in the region?

MP - “The U.S. and European attempt to isolate Hamas in order to destroy it, of supporting Israel in the hopes that it might do the same -- is a complete and total failure. Perhaps more important, from a U.S. point of view, including on its terrorism list any and all organizations that oppose Israel's expansionist policies dilutes whatever actions the U.S. and its allies take to move against the truly extreme and intransigent movements in the region who would like to do nothing more than kill every American they find. That is absolutely not true for Hamas. They have made it clear, again and again: they are not the enemies of America. So our policy, based on a misconception and the trust of an ally that insults our Secretary of State and derides our president, is bankrupt -- it has allied us with a Stalinist dictator in Egypt, a settler driven anti-democratic government in Tel Aviv and a government lorded over by aging petrodollar purists in Riyadh. Our boycott of Hamas was intended to marginalize and discredit them as a robust and credible political force. And what has happened? We are the ones marginalized. We are the ones discredited.”