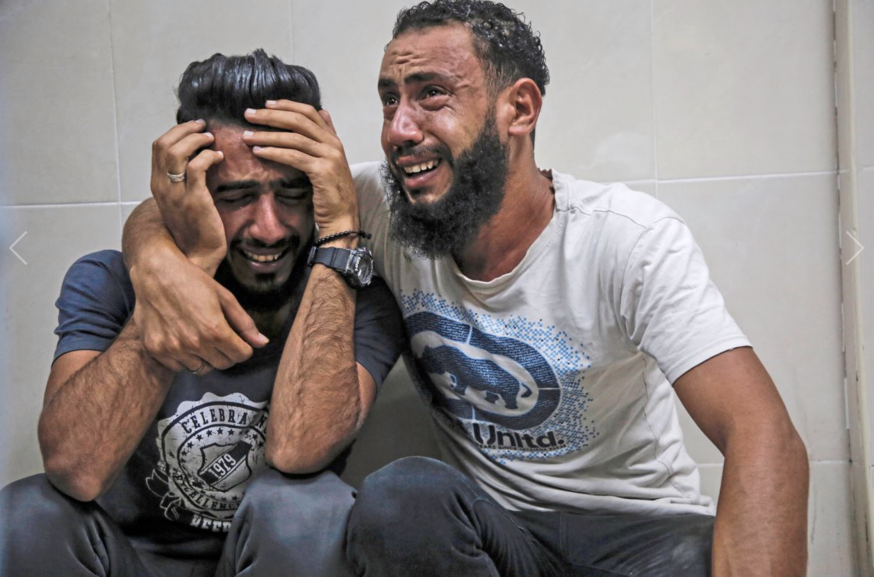 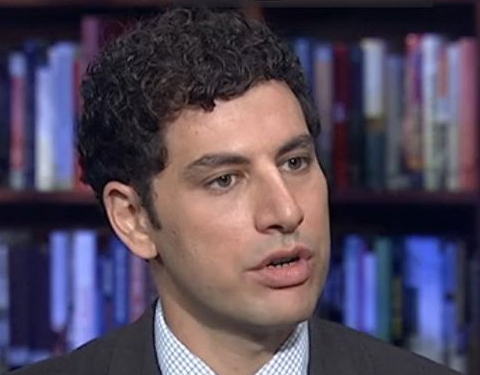 Israel/Palestine analyst for the International Crisis Group, policy member for Al-Shabaka: The Palestinian Policy Network, and author of Hamas Contained: The Rise and Pacification of Palestinian Resistance from Stanford University Press (2018).

Q - This latest escalation of violence began when Israel assassinated a leader of Islamic Jihad in Gaza early on Tuesday. Why do you think Netanyahu chose to take this provocative action now?

Tareq Baconi - Netanyahu’s decision to approve this assassination broke the period of calm that has prevailed since the last ceasefire agreement and is tied to domestic politics within Israel. For the past year, the media in Israel has been pushing the narrative that Islamic Jihad is a troublesome entity within Gaza that is responsible for the collapse of ceasefire agreements, overlooking the united front among the factions in Gaza as well as Israel’s unwillingness to meet its own obligations under the ceasefire agreements.

With this narrative, the Israeli public has been primed for Baha Abu al-Atta’s assassination for some time. While Israeli officials have claimed the timing was tied to intelligence over an attack al-Atta was planning, there is no doubt that this assassination has been particularly beneficial for Netanyahu’s internal challenges.

With the negotiations for the formation of a new government in deadlock, and Israel possibly moving into a third election, this attack positions Netanyahu as a strongman who is willing to take tough action on the Gaza Strip. This neutralizes accusations he has received over the past year, most importantly from Yisrael Beiteinu leader Avigdor Lieberman, that he is too weak on Gaza. It also increases the chances of a unity government with Blue and White leader Benny Gantz, who supported this attack and who will now have a more difficult time entering into a minority government with the Joint List, given their opposition to a hardline policy on Gaza. It is another example of how military action on Gaza reaps political capital for Israeli politicians at home.

Q - So far, Hamas has stayed out of the fray. Why?

TB - Hamas has rhetorically entered the fray by coming out in full support of Islamic Jihad, and rejecting Israel’s narrative that this fight is one between Israel and Islamic Jihad. It is likely that Hamas has provided tactical support for Islamic Jihad. However, the movement has held back from taking responsibility for any rocket fire or using its more advanced weapons in order to retain the possibility of containing this conflagration and avoid an extended military assault on the Gaza Strip.

Q - After each escalation of violence in the past, efforts have been made to ease or end Israel’s more than decade long siege and naval blockade of Gaza, which has caused enormous suffering to the 2 million Palestinians trapped in the tiny coastal strip. But ultimately, when the dust settles, the siege remains in place. Is there any reason to believe things will be different this time, and if not, what do you think it will take to change the situation?

TB - The current reality keeps repeating itself because Israel is seeking a formula of calm for calm, while Hamas and the other factions insist that there can be no calm while the blockade is in place. This round will not fundamentally alter this reality. Past ceasefire agreements have demonstrated that the factions in Gaza have been quite capable at maintaining calm after ceasefires, only to be met with minimal efforts on Israel’s front to alleviate the burdens of the
blockade and the suffering in the Gaza Strip. The only way this dynamic can be broken is for Israel to lift the blockade off the Gaza Strip, and for members of the international community to re-engage with Hamas as a political party that is a constituent element of the Palestinian national movement, thereby removing one of the fundamental obstacles to Palestinian unity. As it stands, Israel engages with Hamas while calling on members of the EU and the US to maintain a ‘no contact’ policy with the movement, effectively monopolizing its relationship with Hamas and ensuring the movement, along with Gaza, remains contained and isolated.

Q - A ceasefire has reportedly been agreed to today. Do you think it will hold and what comes next?

TB - It is too early to tell. Early this morning (November 14) a ceasefire appeared to take tenuous hold. Through its attacks, however, Israel killed civilians, including children, in the Gaza Strip, which makes it difficult for the factions not to retaliate. If a ceasefire takes hold at this stage, this would have been a win for Israel, which would have managed to carry out an assassination, effectively returning to its policy of extrajudicial executions, and maintain the blockade in place with relatively little reprisal. The demands for a ceasefire from the factions are clear: lifting the blockade and ending Israel’s policy of targeting civilians in Gaza, particularly those participating in the Great Return Marches. These demands are in line with past ones, and those have not been implemented by Israel. The outcome is that even if a ceasefire holds in the short term, a large escalation is inevitable until these demands are engaged more seriously.