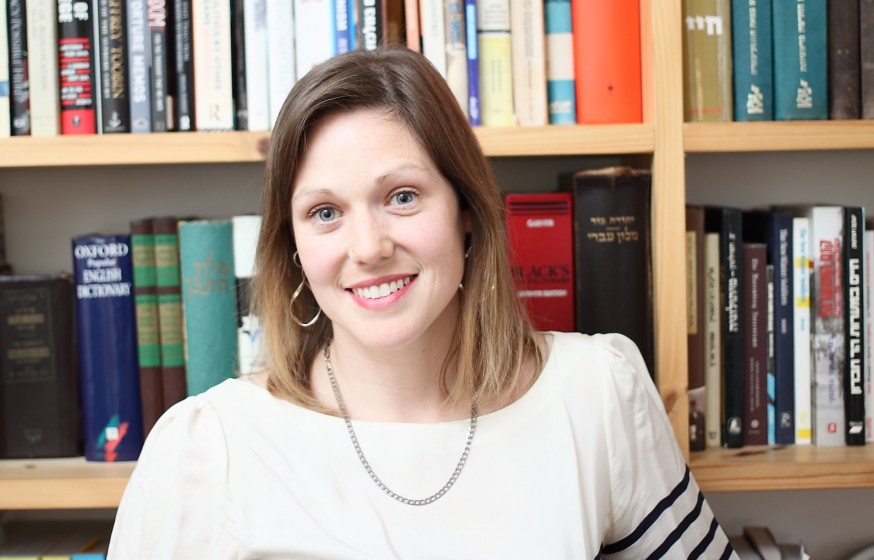 Emily Schaefer Omer-Man is the Coordinator of the Criminal Accountability of Israeli Security Forces project for Yesh Din.

Q - Earlier this month, a senior Israeli army officer shot and killed 17-year-old Mohammed Kasbah as he fled after throwing a stone at the officer's vehicle in the occupied West Bank.

It was the latest in a series of incidents over the past year or so in which Israeli soldiers and police killed Palestinians who they claimed posed an immediate threat to them and then had the claims disproved by camera footage. Critics say these incidents are a microcosm of the wider problem of Israel's systematic use of excessive and indiscriminate deadly force, including during military operations such as the assault on Gaza last summer, which killed more than 1,400 Palestinian civilians.

As someone who has monitored these cases and issues closely for a long time, how would you characterize the Israeli military and police's use of deadly force policy when it comes to Palestinians in Israel and the occupied territories?

ESOM - "The excessive use of crowd dispersal tactics - and the ensuing lethal results - has been a major cause of concern to human rights organizations for over a decade, particularly as popular protests in West Bank Palestinian villages and inside Israel have become more frequent. All too often we receive reports of security personnel violating the rules of engagement and injuring or even killing Palestinian civilians without justification. It is already cause for alarm that the rules of engagement literally change when Israeli or international demonstrators are present at West Bank demonstrations, reducing the permitted level of escalation of crowd dispersal tactics. Nonetheless, even a tear gas canister can become a lethal weapon when fired directly at protesters or within too close a range for safe use, and dozens of such injuries and deaths have been documented, including the killing of Bil'in resident Bassem Abu Rahma and the permanent injury of American activist Tristan Anderson.

"What is even more alarming is the lack of accountability for such violations of the rules of engagement. The indictment of security personnel in such cases is the exception to the rule, where very often lack of evidence is cited. This, despite the fact that in many cases investigators fail to visit the scene of the crime, forensic evidence is ignored or improperly analyzed, and investigations suffer unreasonable delays preventing justice from being served.

"The overall lack of accountability for excessive use of force has created a culture of impunity that allows Israeli security personnel to act without restraint toward Palestinians."

Q - According to Yesh Din's research, approximately 94% of criminal investigations initiated by the Israeli military into soldiers suspected of violent crimes against Palestinians and their property are closed without an indictment. The statement on your website citing this statistic notes, "In the rare cases that indictments are served, conviction leads to very light sentencing."

Is it possible for Palestinians, including Palestinian citizens of Israel, to get justice through Israeli legal channels?

ESOM - "The low rates of indictment are a result of a military justice system wrought with both structural and substantive flaws, from the dual role of the Military Advocate General (who both advises the Israeli military during operations and later decides whether to open investigations and indict for the same conduct) to lengthy delays in opening investigations and at every stage thereafter, to a propensity for substituting criminal proceedings with disciplinary sanctions.

"It should be noted that Israel Police investigations of ideological crimes committed by Israeli civilians (typically settlers) against Palestinians and their property in the West Bank suffer from similar deficiencies. According to recently published Yesh Din figures, the chance that a complaint filed to the Israeli Police by a Palestinian will lead to an effective investigation, identification of a suspect, prosecution and conviction stands at only 1.9 percent."

Q - Following several of the incidents alluded to above, senior Israeli military and political leaders, including Prime Minister Benjamin Netanyahu , spoke out forcefully in support of the actions of the police and soldiers involved. Senior Israeli political and religious leaders also frequently make highly inflammatory and racist statements about Palestinians and other non-Jews.

How much responsibility do you place on Israel's military and political leadership for the use of excessive and deadly force against Palestinians?

ESOM - "It is clear that for Israeli leaders and policymakers, ensuring justice for Palestinians who have been harmed by Israeli security personnel or Israeli civilians in the West Bank is not a high priority. The resources, training and personnel required to provide such redress are simply not invested in the law enforcement bodies.

"The 'us vs. them' mentality fostered and perpetuated by many of Israel's leaders certainly does not help ease tensions on the ground when such offenses are committed. Furthermore, this mentality often influences both how security personnel respond to such incidents (as is highlighted by Yesh Din's recently released "Standing Idly By" report) and the credence investigators give conflicting accounts of events -- one by an Israeli and the other by a Palestinian."

Q - Last month, Yesh Din released a report entitled " Standing Idly By: IDF Soldiers' Inaction In The Face Of Offenses Perpetrated By Israelis Against Palestinians In The West Bank ," detailing how soldiers in Israel's occupying army fail to protect Palestinians living under their control. Regarding the double standard towards Israeli Jews who throw stones at Palestinians and Israeli security forces, the report quoted an Israeli soldier stating: "A Jew throws rocks - the soldiers will call the police. The soldiers won't point their guns at him. They will not arrest him. They won't do anything to him. The police likely won't either, except for telling him off."

In similar cases, how do Israeli soldiers and police, and Israel's court systems (civilian courts for Jewish and Palestinian citizens of Israel, and military courts for Palestinians in the occupied territories), treat Israeli Jews differently from Palestinians?

ESOM - "Israel operates a dual legal system in the West Bank. In practice, this means that a Palestinian and an Israeli settler who stand accused of the same crime, committed in the exact same territory, experience fundamentally separate criminal justice systems, from arrest through interrogation, trial and punishment. The Palestinian is tried under the Israeli Military Court system of laws, procedures and penalties, and his or her Israeli settler neighbor is tried under the Israeli civilian criminal justice system.

"The result is a system that is both separate and unequal, and which denies basic due process rights to the Palestinian population living under occupation. Yesh Din's report, 'Backyard Proceedings' describes these due process violations in depth, and a recent report by the Association for Civil Rights in Israel (ACRI), ' One Rule, Two Legal Systems' describes its far-reaching consequences."

Q - Do you think Palestine's accession to the International Criminal Court earlier this year has had, or will have, a deterrent effect and change the behavior of Israeli soldiers and police and/or government policies that have created a culture of impunity for Israelis who use excessive deadly force against Palestinians?

ESOM - "Under the principle of complementarity, the most effective means of avoiding ICC prosecution of members of the Israeli military or political echelons is by ensuring that all allegations of war crimes are thoroughly and effectively investigated, and prosecuted domestically when appropriate.

"To date, despite years of published findings and criticism by human rights organizations like Yesh Din, and more than two-and-a-half years after the release of the second part of Israeli Government-commissioned Turkel Commission's findings, including recommendations to reform the accountability mechanisms for soldiers and police involved in alleged international law violations, the system remains inadequate and incapable of conducting investigations that meet international standards in the course of daily occupation activities, let alone in mass operations such as Protective Edge."