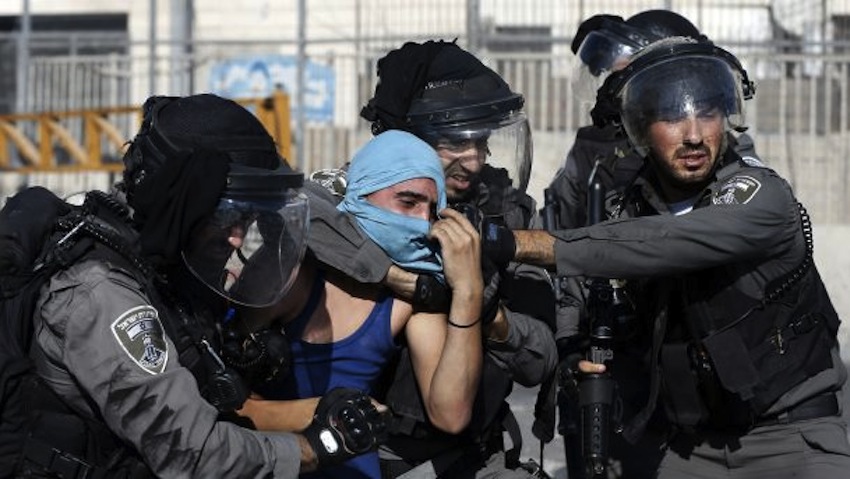 Q - How would you describe the current situation in occupied East Jerusalem and the West Bank?

"The situation is very tense. People feel extremely vulnerable and insecure, even more so than they usually do living under Israel’s occupation. Amidst the violence and unrest, the Israeli army and police are operating on a 'shoot to kill' policy and settlers are running rampant, attacking Palestinians and their property under the protection of Israeli soldiers. Palestinians feel that, at any moment, they can become victims of Israeli violence.

"Since the beginning of October, nearly 30 Palestinians have been killed by Israeli police or soldiers. This week alone, Israeli forces have killed at least five Palestinian children in the occupied territories. Last weekend, a 19-year-old Palestinian named Fadi Alloun was accused of being a 'terrorist' by a mob of Israelis in East Jerusalem and summarily executed by Israeli police who shot him seven times rather than using non-lethal measures to arrest him, even though video evidence showed that he posed no danger to anyone at the time he was killed. Contrast the way that Fadi was shot down in cold blood by Israeli police with the measures Israeli forces use against Jews who carry out violent attacks such as the Israeli who stabbed four Palestinians last week in southern Israel, who police managed to apprehend alive, or the Israeli who stabbed people at the Jerusalem Pride Parade, who was also captured alive.

"In Fadi’s case, he was accused of a being 'terrorist' and that was all it took for Israeli police to deem him worthy of being executed without trial. The phenomenon of Israeli police and soldiers murdering defenseless Palestinians who have been accused or suspected of attacking Israelis is not new. It is emblematic of the racism and brutality of Israel’s occupation regime, which Palestinians are once again in the streets protesting against. For Palestinians, we are all potential targets. We can all be labeled 'terrorists' by an Israeli, killed and our deaths covered up as a result."

Q - What are the causes of the ongoing unrest?

"After nearly five decades of Israel’s occupation and denial of their freedom, Palestinians, like other oppressed people around the world, have reached their breaking point. The daily recipe of home demolitions, land confiscation, settlement construction, arrests, abuse and torture of prisoners,  including children, invasions of Palestinian towns, refugee camps and homes, savage military assaults, and a cruel and illegal siege, has pushed Palestinians into the streets once again to protest for their freedom. The mostly young Palestinians courageously challenging Israel’s occupation army have lived their entire lives under racist and repressive Israeli military rule and have had enough.

"Add to this potent mix Israel’s insistence on sparking religious tensions by allowing right wing Jewish extremists to go to the Al Aqsa mosque compound in occupied East Jerusalem, where they openly declare that they intend to destroy the mosque and build a temple, and its turning a blind eye to ongoing attacks by settlers, including the torching of the Dawabshe home in Duma where three Palestinians, including an 18-month-old child, were burned to death this summer. Israel has yet to charge anyone with these crimes, just as it has failed to hold anyone accountable in more than 90% of cases involving soldiers or settlers killing Palestinians unlawfully, creating a culture whereby Israelis feel they can kill Palestinians with impunity."

Q - Some are speculating that we're witnessing the start of a new intifada, or uprising, against Israel's occupation. Do you think this is the case?

"People speak of a third intifada only when Israelis are killed and never when Palestinians are killed. Palestinian measures to resist Israel’s occupation have been ongoing for years, including in West Bank towns like Nabi Saleh or Bilin, where Palestinians hold weekly protests against ongoing land confiscations and the construction of Israel’s apartheid wall. Yet these continued popular, nonviolent protests receive little or no attention.

"The protests that we are witnessing today are increasing in size and scope but Palestinians are in need of a leadership that supports such popular resistance for it be coordinated and effective. Right now, that isn’t the case."

Q - How do we move forward from the current political impasse?

"Palestinians urgently need an international force to protect them, given that the Palestinian Authority is unable to do so, and Israel is unwilling. For nearly five decades, Palestinians - refugees and stateless - have lived under the wrath of the most powerful army in the region. Last year, Israel’s bombing campaign in Gaza killed more than 2,000 Palestinians, including more than 500 children. Yet, rather than protect Palestinians, much of the international community continues to demand that Palestinians provide security to their occupier and oppressor. This formula has not worked, and never will.

"What is clear is that Palestinians are now in need of international support to stop Israeli impunity. If the world is genuine in its belief that all people should live in freedom, it should support the boycott, divestment and sanctions (BDS) movement and other measures to hold Israel accountable, including indicting Israeli officials for war crimes at the International Criminal Court."