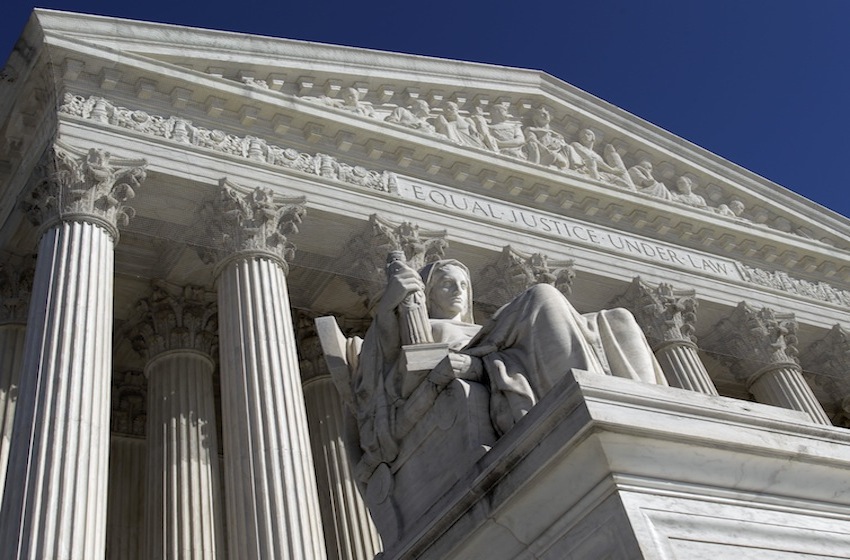 On Monday, November 3, the U.S. Supreme Court will hear arguments in a case involving whether Jerusalem can be listed as a part of Israel on the passports of Jerusalem-born American citizens. The case, Zivotofsky v. Kerry, could have far-reaching implications for U.S. policy in Palestine/Israel as well as for the authority of the executive branch of government in setting foreign policy. As background, the IMEU offers the following expert Q&A.

Abed Ayoub, Legal & Policy Director of the Arab-American Anti-Discrimination Committee, which has filed an amicus brief with the Supreme Court in the case Zivotofsky v. Kerry.

Q - What will be taking place on Monday?

AA - “The U.S. Supreme Court will hear oral arguments on whether Section 214(d) of the Foreign Relations Reauthorization Act is constitutional or impermissibly infringes on the Executive’s exclusive power to recognize foreign governments. The Zivotofskys’ will argue that their son should be allowed to identify Israel as his place of birth because not only does Section 214(d) provide this right but he also has the right to express his view of Jerusalem as part of Israel if he so chooses. Furthermore, they will maintain that the document is merely for identification purposes and will not affect foreign policy. The Government will argue that section 214(d) is unconstitutional as it infringes on the Executive’s exclusive power. The Government will also argue that indicating on a government document (passport) that Israel has sovereignty over Jerusalem in contradiction to U.S. foreign policy is detrimental to peace negotiations in the Middle East and foreign affairs.”

Q - How have U.S. courts ruled on this issue previously?

Q - What are the legal issues at stake?

AA - “While the U.S. Supreme Court has limited the legal issue/question to whether Section 214(d) impermissibly infringes on the Executive’s exclusive power, ADC also articulated to the Court in our amicus brief:

1) Section 214(d) constitutes an unconstitutional delegation by Congress of a legislative or regulatory authority to a private citizen. The non-delegation doctrine is a legal issue at stake in this case because Congress is effectively giving private citizens the sole power to decide if Jerusalem is under the jurisdiction of Israel, a foreign affairs issue.

Q - What would be the implications, legal and otherwise, if the justices rule in favor of the plaintiff?

AA - “Preliminarily, the decision may require the U.S. Department of State to comply with all requests by U.S. citizens born in Jerusalem to have their country of birth recorded as Israel on their passport. The Department of State will not be able to refuse, contrary to current policy and practice, to record the place of birth as Jerusalem.

“Foremost, it will constitute a concrete and symbolic recognition of Israel’s sovereignty over Jerusalem by the United States. First, this recognition will place the U.S. at odds with its current policy to remain neutral on Jerusalem and the international community consensus that the entire city of Jerusalem is not part of Israel. The pre-1967 boundaries as established by the 1949 armistice agreements and under international law through several United Nations resolutions recognize that East Jerusalem is part of Palestine. Under Section 214(d) all of Jerusalem, not just West Jerusalem, can be identified as part of Israel. Thus Section 214(d) recognition will explicitly constitute U.S. support and approval of Israel’s illegal annexation of East Jerusalem and Israel’s continuous violations of international law through the ongoing building of Israeli settlements in East Jerusalem. So not only will this case force the Executive to recognize Jerusalem as the capital and under the sovereignty of Israel but also the territorial boundaries of Palestine, disregarding the national origin of thousands of Palestinian Americans and violating international law. Thousands of Palestinian Americans’ right to also recognize Jerusalem as part of and/or the capital of Palestine is not recognized.

“The sensitive status of Jerusalem has further implications. To recognize Jerusalem as part of Israel, a Jewish state, will also recognize Jerusalem as a Jewish state. To indicate recognition of Jerusalem as part of a Jewish state will directly impact and alienate the Christian and Muslim communities. They hold Jerusalem as religious sacred “holy land” and have legitimate ties to Jerusalem. Additionally, the case may also open the door and set a precedent to allow Congress to legislate on other sensitive foreign affairs issues that are usually reserved for the Executive, especially issues concerning the Israeli-Palestinian conflict and the Middle East, effectively abrogating the power of the Executive and shifting the balance of powers largely to Congress. With this comes serious concern of biased and/or discriminatorily motivated legislation against and/or at the expense of Palestine and Palestinian Americans.”