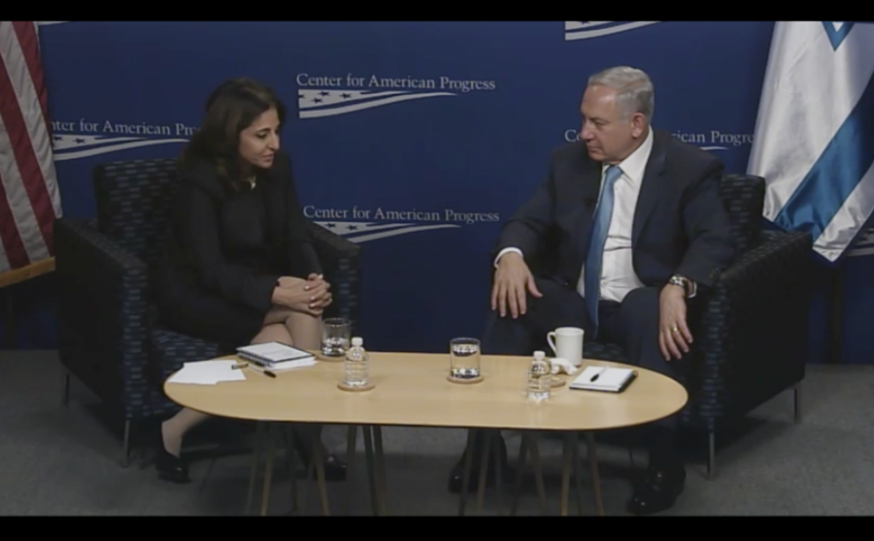 PHOTO: Netanyahu speaks at the Center for American Progress in Washington DC, November 10, 2015.

Claim: Netanyahu supports the two-state solution and the creation of an independent Palestinian state.

​Claim: Netanyahu is willing to engage in direct negotiations with the Palestinians without preconditions.

Claim: Israel is a democracy with equal rights for all citizens.

Claim: Settlements are not an obstacle to peace; there have been no new settlements built in the last 20 years; and they only cover a tiny amount of the occupied West Bank.

According to Israeli and Palestinian NGO and press reports, the IDF and [Israeli police] did not respond sufficiently to violence perpetrated against Palestinians by Israeli settlers in the West Bank… [The UN] reported that 90 percent of Palestinian complaints of settler violence in recent years were closed without indictment.