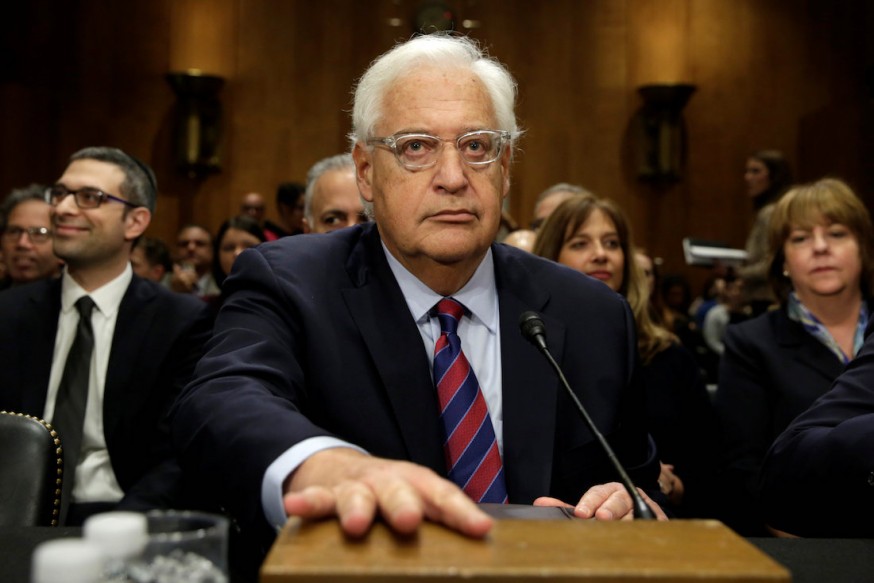 David Friedman before testifying at a Senate Foreign Relations Committee hearing on his nomination to be U.S. ambassador to Israel on Feb. 16, 2017. Photo: Reuters/Yuri Gripa

Smears Against Those with Opposing Views

Support for Moving US Embassy to Jerusalem