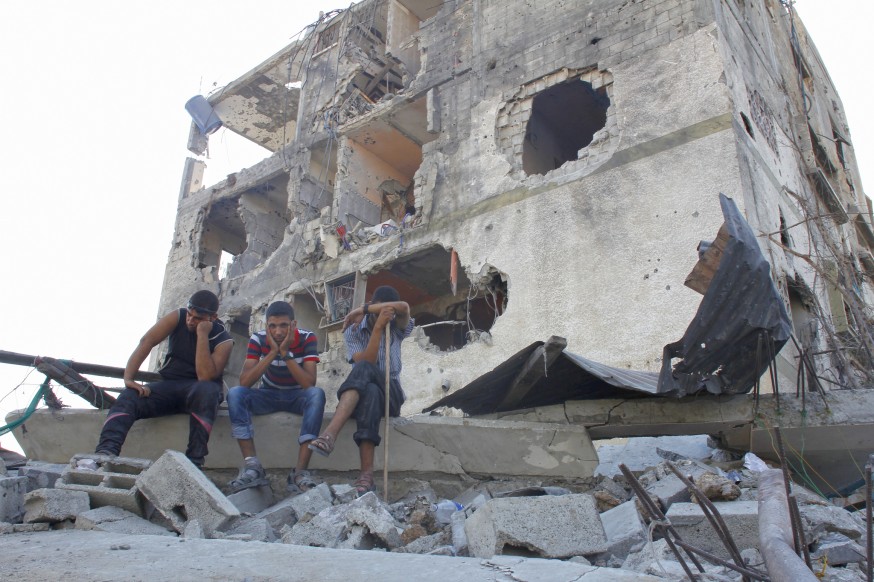 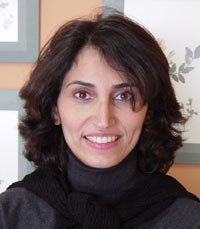 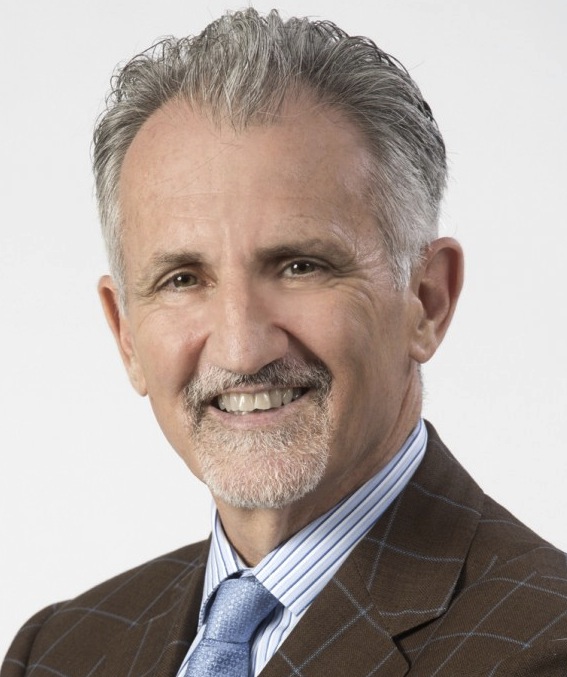 George Bisharat, Professor at the University of California Hastings College of the Law in San Francisco, Senior Fellow at the Institute for Palestine Studies, and former legal consultant to the Palestinian Legislative Council.

Nadia Hijab, Director of Al-Shabaka: The Palestinian Policy Network, and Senior Fellow at the Institute for Palestine Studies.

Q - What caused this latest outburst of violence?

DB -  “As soon as the Palestinian Authority national unity government was announced in April, Israel set its sights on destroying it.  It did so by first pressing for the government’s isolation and, when that failed, it used the deaths of three Israelis (kidnapped in an area of the West Bank that is entirely under Israel’s control) to demonize Hamas in the Gaza Strip.  Within 18 days of the Israelis going missing, Israel arrested hundreds of Palestinians in the West Bank including 11 Parliamentarians and 59 former prisoners who were released in a prisoner exchange three years ago.  These people were arrested without any proof that these individuals were in any way involved in the deaths of the three Israelis.  In addition, Israel killed 10 Palestinians, including three children in the West Bank and demolished three houses.  Israel launched air raids on the Gaza Strip, as documented by the UN, killing two, including a 10-year-old child.  This happened before a single Hamas rocket was fired from Gaza.  When Israel failed to break up the unity government diplomatically, it turned to a brutal military attack.  What is clear is that the status quo is not the answer.  Returning to the 2012 ceasefire will not work as it was easily abused by Israel.”

GB - “Israel instrumentalized the tragic deaths of three Israeli youths, abducted and killed on June 12, to attack Hamas in the West Bank and disrupt Palestinian national reconciliation - a goal it had failed to achieve diplomatically. Israel arrested more than 400, searched 2,200 homes and other sites, and killed at least nine Palestinians in the process. We now know that Israel concealed evidence the youths were killed virtually immediately after abduction, and incited Israeli public opinion to a frenzy, directly leading to the brutal immolation of Muhammad Abu Khdeir. These cynical acts led to the escalation of violence along the Gaza border.”

NH - “Israel used the June 12 kidnapping and killing of three Israeli teenage settlers to launch a brutal Israeli crackdown on the West Bank and East Jerusalem that human rights organizations have condemned as collective punishment. Israel particularly targeted Hamas members despite the lack of evidence and the organization's denial of responsibility. The real target was the national unity agreement achieved by Hamas.

“The truth is, though, that this all-out Israeli assault on Gaza would have happened sooner or later. Israelis call their approach to Gaza “mowing the grass”. That is, they must attack and weaken Hamas every two or three years, even though Hamas has proven willing and able to respect a ceasefire, including by reining in other factions. This is one of the ways Israel “manages” its occupation and colonization of the West Bank and East Jerusalem and its occupation and siege of Gaza.”

Q - Is Israel acting in self-defense?

DB - “No. Israel cannot claim self-defense owing to the fact that it initiated the assault on the Gaza Strip and continues to maintain a brutal military occupation over the Gaza Strip (and the West Bank). Rather, Israel has an obligation under international law to protect Palestinians living under its military rule.”

GB - “Self-defense may not be claimed by a state that initiates violence, as Israel did in its violent assault on Hamas in the West Bank.”

NH - “No. A member state of the United Nations that has signed international conventions pledging to respect the laws of war has no right to indiscriminately attack civilians and civilian infrastructure. The very high number of Palestinian civilian casualties – men, women, children – give the lie to Israel’s claims to self-defense, as does Hamas’ proven willingness to uphold a ceasefire.

“Moreover, Israel cannot claim self-defense against a people whose land it has been militarily occupying and colonizing for decades, part of whose population it has placed under siege. Only a ceasefire can protect Palestinians and Israelis alike, and only an end to the occupation and siege can pave the way to a permanent peace.

“Hamas should also refrain from targeting civilian infrastructure but it is not a UN-member state and has not signed conventions binding it to uphold international law.”

DB - “No. Israel appears to be attacking civilian homes and civilian infrastructure. To date, according to UN estimates, 80 percent of those killed are civilians, including over 150 children. Israel has bombed hospitals, schools and mosques – all illegitimate targets under international law. More than 2,000 homes and entire neighborhoods have been destroyed by Israel’s attacks. This is inconsistent with international law. Civilian structures, such as homes, are only lawful targets when they are being used for military purposes. The Additional Protocol I of the Geneva Convention on the Law of War provides that, ‘in case of doubt whether an object which is normally dedicated to civilian purposes, such as a place of worship, a house or other dwelling or a school, is being used to make an effective contribution to military action, it shall be presumed not to be so used.’ While Israel has argued that Palestinian homes are command centers, Human Rights Watch has dismissed those claims.

“Attacks that do not discriminate between civilians and combatants are illegal. Using Israel’s logic, this also means that any home of any past or present Israeli soldier or police officer is a legitimate target or any civilian area where military is present (such as the Ministry of Defense in Tel Aviv).  Clearly, this is not acceptable.

“This is not a video game in which the Israeli army is allowed to hunt down anyone associated with Hamas, irrespective of whether they are a combatant and without regard for civilian infrastructure.”

GB - “Israel appears to be categorizing any upper-level Hamas member as a ‘combatant,’ regardless of function. For example, it deliberately targeted Gaza police chief Taysir al-Batsh, injuring him and killing 18 members of his family, while he visited his cousin's home. Police are civilians in international law, and this, on the face of it, appears to have been a clear war crime. So, likely, are the many other attacks that have been launched against private homes, although definitive conclusions must be left to further investigation. Israel has also attacked hospitals, water treatment facilities and sewer lines, and other civilian infrastructure that has nothing to do with Hamas. In fact, despite Israel's claims to respect the international legal requirement of distinction between military targets and civilians, its actions speak of a policy to deliberately kill civilians as a means of weakening Hamas politically.”

Q - Why has Hamas declined to accept a ceasefire?

DB - “Hamas and other factions were not consulted on the ceasefire proposal; Egypt was.  Egypt does not represent or speak on behalf of Palestine or Palestinians; only Palestinians do. It is silly to think that any progress can be made without a major party to the agreement present at the table. Moreover, Israel has currently rejected a humanitarian cease-fire to allow much-needed supplies into the Gaza Strip and to allow Palestinians to bury their dead.”

GB - “Hamas declined to accept a ceasefire offer about which it had not been consulted and which failed to meet basic requirements of fairness. Within 24 hours, however, Hamas and other Palestinian groups offered Israel a ten-year truce that would have ended Israel's siege against the Gaza Strip, thus guaranteeing long-term stability in the region. Israel had not responded to that offer, but appears to prefer to periodically ‘mow the lawn.’”

NH - “Hamas is willing to accept a ceasefire, but one that would be respected by Israel and that would lift the siege on Gaza. The Palestinians in Gaza, the vast majority of whom are civilians, as well as the members of Hamas or other factions, have since 2007 faced the choice between a slow death or a quick one. Either they die through ill health and disease due to lack of potable water, poor nutrition, and lack of medical care as a result of the draconian siege imposed by Israel on Gaza that has also been upheld by Egypt. Or they die quickly when Israel decides to ‘mow the lawn.’

“Until the border crossings are open for the movement of people and goods, the Gaza Palestinians will be forced to live without the most basic rights.”

Q - Does Hamas use Palestinians as human shields?

DB - “The Gaza Strip is an area that is 26 miles (40 km) long and seven miles (12 km) wide at its widest point. With nearly 1.8 million Palestinians, the Gaza Strip is one of the most densely populated areas in the world. Moreover, prior to this attack, 35 percent of the Gaza Strip was off limits – by threat of death – to Palestinians with Israel maintaining a ‘no-go’ zone in these areas.  That said, while Hamas fights from within this small area, it does not use Palestinian civilians as cover. To date, international investigations have concluded that there is no evidence to substantiate these long-made Israeli claims and yet the claims continue to be accepted by many, unchallenged. Ironically, the converse has been well-established: Israel has used Palestinian civilians as human shields when carrying out its military operations.”

GB - “Hamas fights from within inhabited areas, as it must in the densely populated Gaza Strip. But few allegations that Hamas deliberately endangers civilians in order to escape attack have ever been substantiated. The claim seems designed to ‘blame the victim.’ Certainly, Palestinians themselves are perfectly clear that it is Israel that is spilling Palestinian blood.”

NH - “Israel has declared 44% of the Gaza Strip – an area less than half the size of New York City – a military “buffer zone.” Who is using whom as a human shield?”

Q - Does the Israeli military take all possible precautions to prevent civilian casualties?

DB - “No. The ‘knock on the roof’ procedure – dropping a missile on a house in advance of its bombing – has resulted in deaths. According to Philip Luther of Amnesty International, ‘There is no way that firing a missile at a civilian home can constitute an effective “warning.” Amnesty International has documented cases of civilians killed or injured by such missiles in previous Israeli military operations on the Gaza Strip,’ he said.

“In addition, while Israel claims that it distributes leaflets, these leaflets do not tell people where they are to go to be safe.  As noted by Israeli human rights organizations, ‘Dispersal of leaflets does not grant the military permission to consider the area as if it were so-called “sterile,” assume that no civilians were left in the area and then proceed to attack civilian sites. The military must not assume that all residents have indeed left their homes.’

“Moreover, Israel claims that the Iron Dome defense system has been effective at preventing Israeli civilian deaths. Given this claim and given that the number of Israeli civilian casualties is 2 (as compared to 650 Palestinian deaths), it is clear that there are alternative means to address any rockets launched toward Israel without harming civilians in the process.”

GB - “Of course not, as several responses above indicate. Warnings to civilians to leave areas when they have no effective refuge are meaningless, and a number of Palestinians, including three boys of the Shuhaibar family, have been killed by Israel's practice of ‘knocking on the roof’ - that is, firing what is supposed to be a warning missile before heavier ordnance is used.”

NH - “Gaza is one of the most densely populated places on earth. It is impossible to hit it from air, land, and sea without killing hundreds of civilians. The only way to prevent the killing and injuring of Gaza civilians is a ceasefire – and Hamas has honored past ceasefires. And the only way to achieve peace is through an agreement that ends Israel’s occupation and colonization of the West Bank and East Jerusalem and the siege of Gaza and respects other Palestinian rights long denied.”