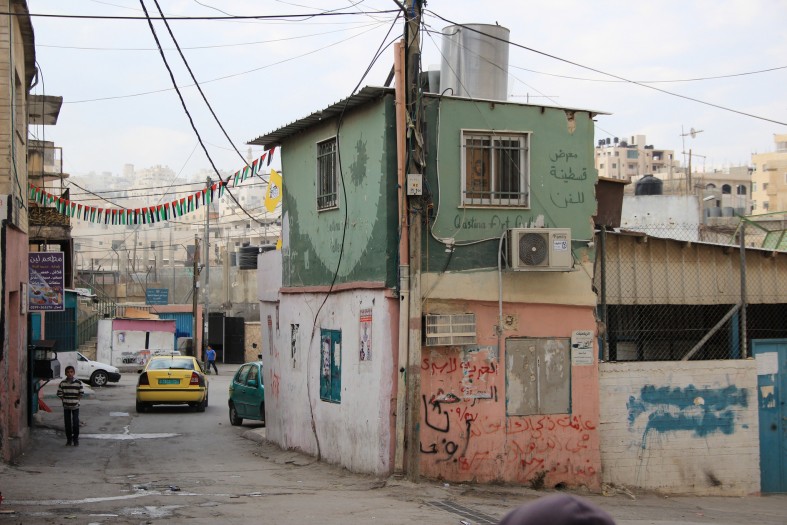 2. Why does the Nakba matter today?

3. Who are the Palestinian refugees?

4. How many Palestinian refugees are there?

5. Where do Palestinians live today?

6. Do Palestinian refugees have a right to return to their homes?

7. What have leading Israeli figures said about the Nakba?

WHAT IS THE NAKBA?

Nakba means "Catastrophe" in Arabic. It refers to the destruction of Palestinian society in 1948 when approximately 750,000 Palestinians fled or were forced into exile by Israeli troops. Because the Palestinians were not Jewish, their presence and predominant ownership of the land were obstacles to the creation of a Jewish state. Their exodus, or Nakba, was already nearly half-complete by May 1948, when Israel declared its independence and the Arab states entered the fray.

Many Zionist leaders in Palestine openly favored "transfer" of the indigenous Palestinian population. Zionist forces used clashes that erupted as the British Mandate of Palestine came to an end in 1947-48 to rid as much of the land of its Palestinian inhabitants as possible. By the end of 1948, approximately 750,000 Palestinians - three-quarters of the Palestinian population - fled in panic or were forcibly expelled. It is estimated that more than 50 percent fled under direct military assault. Others fled in panic as news of massacres - more than 100 civilians in the village of Deir Yassin and 200 in Tantura -- spread.

Zionist forces depopulated more than 450 Palestinian towns and villages, most of which were demolished to prevent the return of the refugees. (Figures of the number of towns and villages destroyed and depopulated vary. The Israeli daily Haaretz reports 530 lost villages.) These comprised three-quarters of the Palestinian villages inside the areas held by Israeli forces after the end of the war. The newly established Israeli government confiscated refugees' land and properties and turned them over to Jewish immigrants. Although Jews owned only about seven percent of the land in Palestine and constituted about 33 percent of the population, Israel was established on 78 percent of Palestine.

WHY DOES THE NAKBA MATTER TODAY?

The Nakba is the source of the still-unresolved Palestinian refugee problem. Today, there are more than 4 million registered Palestinian refugees worldwide. The majority of them still live within 60 miles of the borders of Israel and the West Bank and Gaza Strip where their original homes are located. Israel refuses to allow Palestinian refugees to return to their homes and to pay them compensation, as required by UN Resolution 194 of 1948.

Sixty-three years after the Nakba, Palestinians continue to be denied their freedom and independence. In 1948, 78 percent of Palestine became the state of Israel. Today, the 22 percent that remains continues to be confiscated for the expansion of Israeli settlements and construction of the separation wall. This ongoing denial of Palestinian rights combined with U.S. financial and diplomatic support for Israel fuels anti-American sentiment abroad. A 2002 Zogby poll, conducted in eight Arab countries showed that "the negative perception of the United States is based on American policies, not a dislike of the West." The same poll showed that "the Palestinian issue was listed by many Arabs among the political issues that affect them most personally, in some cases topping such issues as health care and the economy." Resolution of the Palestinian issue would improve America's image and create lasting goodwill in the Arab and Muslim worlds.

WHO ARE THE PALESTINIAN REFUGEES?

HOW MANY PALESTINIAN REFUGEES ARE THERE?

The United Nations Relief and Works Agency (UNRWA) administers the only registration system for Palestinian refugees, but it only includes those displaced in 1948 (and their descendants) who are in need of assistance and located in UNRWA areas of operation - West Bank, Gaza Strip, Jordan, Lebanon, and Syria. According to UNRWA, in 2008 there were 4,618,141 registered refugees.

BADIL, a Palestinian non-governmental organization, estimated that there were more than 7.1 million Palestinian refugees and displaced persons at the end of 2008. [Survey of Palestinian Refugees and Internally Displaced Persons 2008-2009]

WHERE DO PALESTINIANS LIVE TODAY?

DO PALESTINIAN REFUGEES HAVE THE RIGHT TO RETURN TO THEIR HOMES?

Yes, they have the right, although Israel has so far refused to recognize this right. All refugees have an internationally recognized right to return to areas from which they have fled or were forced, to receive compensation for damages, and to either regain their properties or receive compensation and support for voluntary resettlement. This right derives from a number of legal sources, including customary international law, international humanitarian law (governing rights of civilians during war), and human rights law. The United States government has forcefully supported this right in recent years for refugees from Bosnia, Kosovo, East Timor and elsewhere.

In the specific case of the Palestinians, this right was affirmed by the United Nations Resolution 194 of 1948, and has been reaffirmed repeatedly by that same body, and has also been recognized by independent organizations such as Amnesty International and Human Rights Watch.

The U.S. government supported Resolution 194, and voted repeatedly to affirm it until 1993. At that time, the Clinton administration began to refer to Palestinian refugee rights as matters to be negotiated between the parties to the conflict.

Israel refuses to allow the refugees to return to villages, towns and cities inside Israel due to their ethnic, national and religious origin. Israel's self-definition as a Jewish state emphasizes the need for a permanent Jewish majority, Jewish control of key resources like land, and the link between Israel and the Jewish diaspora. Jewish citizens, residents and Jews from anywhere in the world are therefore granted special preferences regarding citizenship and land ownership.

WHAT HAVE LEADING ISRAELI FIGURES SAID ABOUT THE NAKBA?

"We have forgotten that we have not come to an empty land to inherit it, but we have come to conquer a country from people inhabiting it" (from Benny Morris, Righteous Victims, p. 91)

On partition: "The [Palestinian] Arab reaction would be negative because they would lose everything and gain almost nothing ...They would lose the richest part of Palestine; they would lose major Arab assets, the orange plantations, the commercial and industrial centers and the most important sources of revenue for their government which would become impoverished; they would lose most of the coastal area, which would also be a loss to the hinterland Arab states...It would mean that they would be driven back to the desert." (from Nur Masalha, Expulsion of the Palestinians, p.59)

"With regard to the refugees, we are determined to be adamant while the war lasts. Once the return tide starts, it will be impossible to stem it, and it will prove our undoing. As for the future, we are equally determined to explore all possibilities of getting rid, once and for all, of the huge [Palestinian] Arab minority [referring to the Palestinian Israeli citizens of Israel] which originally threatened us. What can be achieved in this period of storm and stress [referring to the 1948 war] will be quite unattainable once conditions get stabilized. (from Simha Flapan, The Birth of Israel: Myths and Realities, p. 105)

"...the transfer of [Palestinian] Arab population from the area of the Jewish state does not serve only one aim--to diminish the Arab population. It also serves a second, no less important, aim which is to advocate land presently held and cultivated by the [Palestinian] Arabs and thus to release it for Jewish inhabitants." (from Expulsion Of The Palestinians, p. 94-95)

"It must be clear that there is no room in the country for both peoples...If the Arabs leave it, the country will become wide and spacious for us...The only solution is a Land of Israel...without Arabs...There is no way but to transfer the Arabs from here to the neighboring countries, to transfer all of them, save perhaps for [the Palestinian Arabs of] Bethlehem, Nazareth, and the old Jerusalem. Not one village must be left, not one tribe." (from Benny Morris, The Birth of the Palestinian Refugee Problem, p. 27)

"Once again I come face to face with the land settlement difficulties that emanate from the existence of two people in close proximity...only population transfer and evacuating this country so it would become exclusively for us is the solution. " (from Expulsion Of The Palestinians, p. 132)

Moshe Dayan, chief of staff, Israel Defense Forces and Minister of Defense during the 1967 war:

"Jewish villages were built in the place of Arab villages. You do not even know the names of these Arab villages, and I do not blame you because geography books no longer exist, not only do the books not exist, the Arab villages are not there either...There is not one single place built in this country that did not have a former Arab Population." (from Ha'aretz, April 4, 1969)

"We shoot at those from among the 200,000 hungry Arabs who cross the line [to graze their flocks]...Arabs cross to collect the grain that they left in the abandoned villages and we set mines for them and they go back without an arm or a leg...[It may be that this] cannot pass review, but I know no other method of guarding the borders." (from Righteous Victims, p. 275)

At the funeral of an Israeli farmer killed by a Palestinian in April 1956:

"Let us not today fling accusation at the murderers. What cause have we to complain about their fierce hatred to us? For eight years now, they sit in their refugee camps in Gaza, and before their eyes we turn into our homestead the land and villages in which they and their forefathers have lived...We should demand his blood not from the Arabs of Gaza but from ourselves...Let us make our reckoning today. We are a generation of settlers, and without the steel helmet and gun barrel, we shall not be able to plant a tree or build a house." (from Avi Shlaim, The Iron Wall, p. 101)

"The confidence of thousands of Arabs of the Hula [Valley] was shaken...We had only five days left...until 15 May [1948]. We regarded it as imperative to cleanse the interior of the Galilee and create Jewish territorial continuity in the whole of the Upper Galilee...I gathered the Jewish mukhtars [Kibbutz chiefs], who had ties with the different Arab villages, and I asked them to whisper in the ears of several Arabs that a giant Jewish reinforcement had reached the Galilee and were about to clean out the villages of Hula, [and] to advise them as friends, to flee while they could. And rumour spread throughout Hula that the time had come to flee. The flight encompassed tens of thousands. The stratagem fully achieved its objective." (from The Birth of the Palestinian Refugee Problem, p. 122)

WHERE CAN I LEARN MORE?