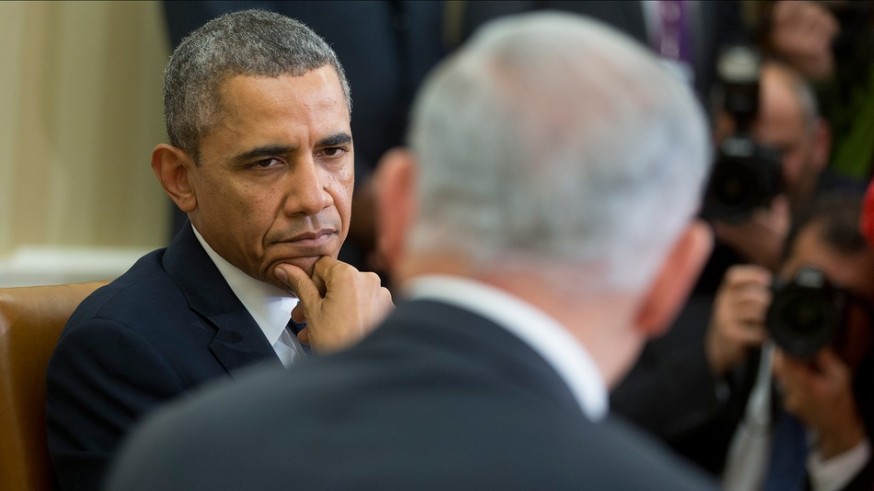 Q - It’s clear that you don't support the two-state solution or the creation of an independent Palestinian state. In fact, you’ve spent much of the past 25 years trying to destroy the two-state solution. What is your vision of the future if you're not willing to allow Palestinians to have an independent state of their own or to grant them equal rights in a single state, and are you prepared to be known as the man who made permanent Israel's apartheid rule over the Palestinians?

Q - You want US taxpayers to give Israel $2 billion in additional military aid, on top of the more than $3 billion you already get each year. Why should Americans give your government any military aid at all as long as it continues to enact and enforce policies, like building Jewish settlements on occupied Palestinian land, that violate official US policies and international law, are destroying prospects for peace with the Palestinians, and harm US national interests in the region and around the world?

Q - Your Likud party and coalition government are filled with right-wing extremists who have been provoking tensions around the Noble Sanctuary mosque complex (the Temple Mount) in occupied East Jerusalem, one of the most sensitive religious sites in the world, where they want to build a Jewish temple. Your government also funds extremist organizations that are working towards building a temple in the Noble Sanctuary and it funds Israeli public religious schools which indoctrinate children into dreaming of doing the same. What are you going to do to rein in the dangerous messianic Temple Mount fanatics in your government and party, and to end your government's financial and political support for their movement, which risks sparking major bloodshed?

Q - You and senior members of your government have repeatedly insulted and publicly disrespected me and senior members of my administration while continuing to violate US policies with settlement construction and other actions. Add to this Israel’s shift to the extreme right politically in recent years under your watch at a time when the US center has been moving in the opposite direction, and the gap between Israelis and Americans has probably never been greater. Do you realize that you are alienating large swathes of the American public and the world with your racist treatment of the Palestinians and your aggressive attacks against anyone who criticizes your actions?

Q - For many years, Israeli, Palestinian, and international human rights organizations, as well as the United Nations, have all documented a pattern of the Israeli military and police using reckless and disproportionate force against Palestinians, including the use of live fire against unarmed teenage protesters. There have also been many documented incidents of summary executions of defenseless Palestinian suspects. Human rights groups have also documented a two-tiered legal system when it comes to how Jews and Arabs who are suspected or accused of throwing stones or carrying out armed attacks are treated by Israel’s armed forces and courts. Do you not understand that this brutality and discrimination only further fuels the conflict, to the detriment of both Israelis and Palestinians, and that it also violates American law regarding the use of foreign military aid?

Bonus Question - Given everything I’ve noted here today, why shouldn't I support the boycott, divestment, and sanctions movement and other efforts by Palestinians to peacefully achieve their freedom and rights?