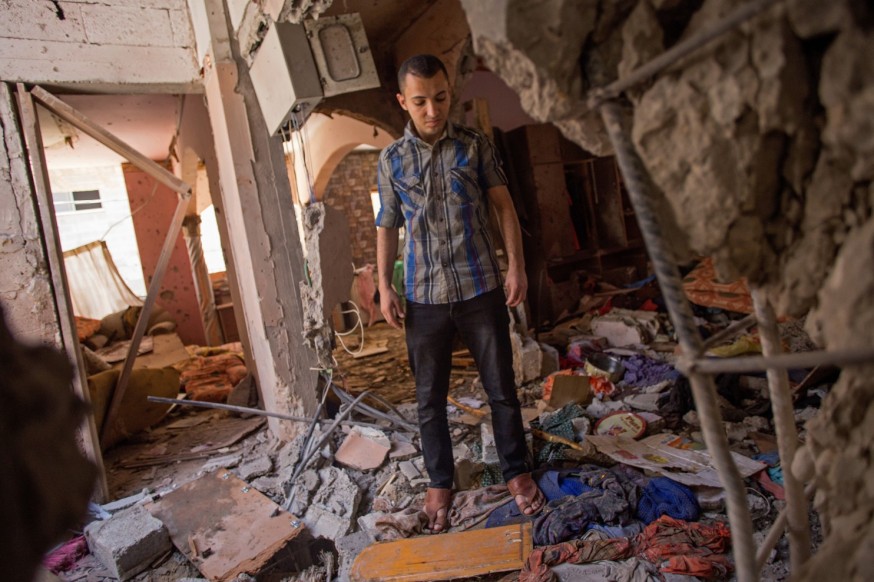 PHOTO: A neighbor walks through the Balata family home, where 11 members of the same family were killed, in the Jabalya area of the Gaza Strip on Wednesday. Two families were taking refuge when an air strike hit the home. (Max Becherer/Polaris Images for The Washington Post)

For background on Israeli allegations that Hamas has been using civilians as human shields in Gaza, see our previously released fact sheet, The Neighbor Procedure: Israel’s Use of Palestinian Human Shields, our recently released expert FAQ, Misperceptions about the Conflict in Gaza, our latest fact check, Israeli Claims About the Assault on Gaza, as well as the July 25 Amnesty International Q&A excerpted in the final section below. For further reference, see our latest expert FAQ, The Assault on Gaza: Israeli Aims & US Involvement.