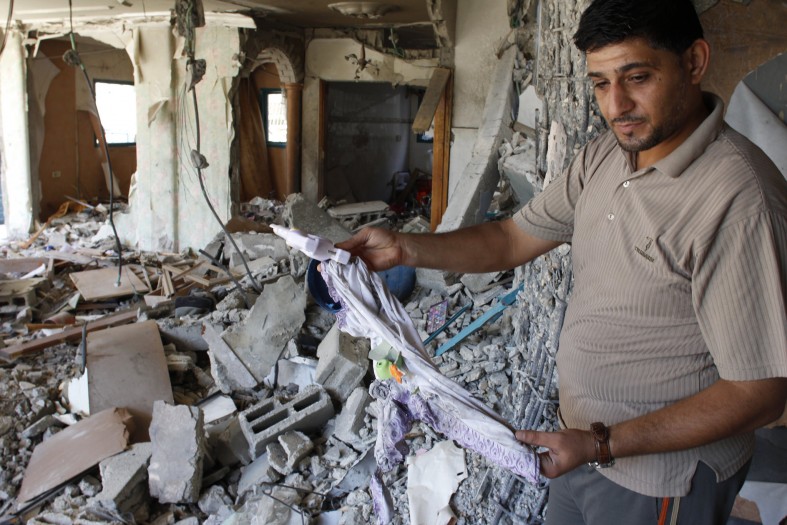 PHOTO: A Palestinian man stands in the ruins of his home after it was demolished by Israeli airstrikes on Gaza on July 16, 2014 (Jehad Saftawi/IMEU)