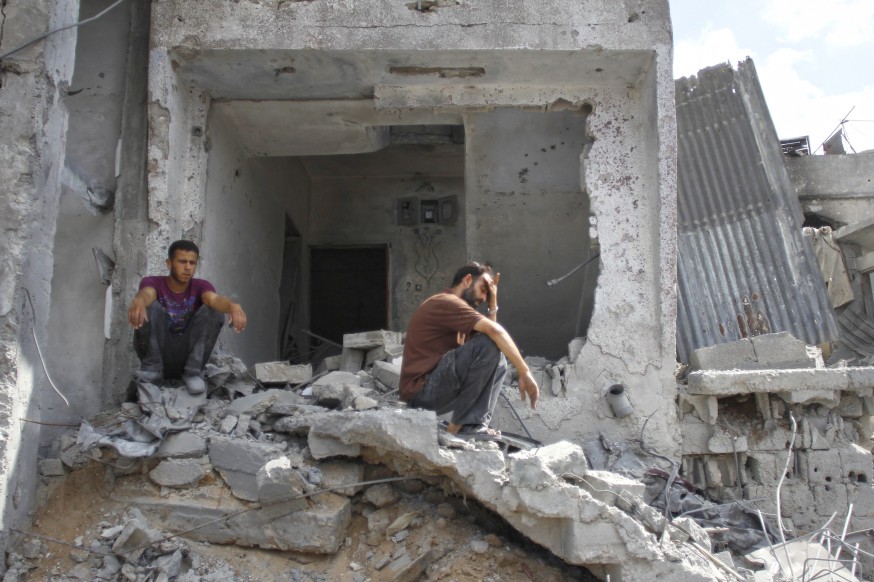 PHOTO: Men return to find their home destroyed in Shejaiya during a brief ceasefire on July 26. (Jehad Saftawi/IMEU)