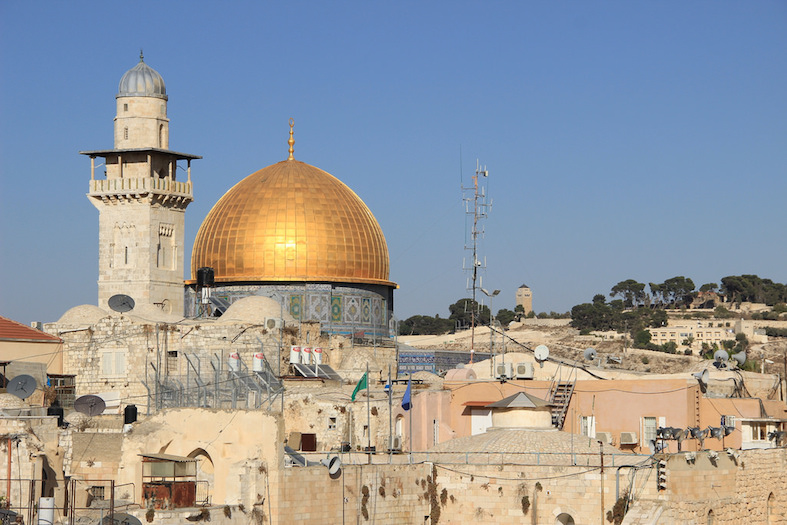 The last major round of fighting has been called the "second Intifada" or "al-Aqsa Intifada," and was sparked by Ariel Sharon's visit to the Islamic holy sites in Jerusalem's Old City (including the al-Aqsa Mosque) on September 28, 2000. Sharon, then campaigning to become prime minister, was accompanied by a thousand armed security personnel.

Palestinians interpreted the visit as an expression of Israeli intentions to assert sovereignty over the Haram al-Sharif (the Noble Sanctuary, the third holiest site in Islam). Riots broke out, during which Israeli snipers killed tens of protesting Palestinians. The uprising soon spread throughout the occupied territories. After three days, and over 40 Palestinian deaths, some members of the Palestinian security forces and others answered Israeli military force with small arms fire.

An official U.S. report on the causes of the outbreak of violence, prepared by former Senator and Secretary of State George Mitchell, cited the Palestinians’ loss of faith in the peace process, and Israel's continuing policy of seizing Palestinian lands and establishing civilian Jewish settlements there.

Israel resorted to massive force, employing jets, helicopters, and heavy armor in an attempt to quell the uprising. Sporadic violence continued, including suicide bombings against civilians within Israel. Following a suicide bombing in Netanya in March 2002, Israel reinvaded parts of the West Bank from which it had withdrawn under the Oslo Accords, destroying much of the infrastructure of the Palestinian Authority.

Israel repeatedly claimed that the Intifada was deliberately ordered and directed by Yasser Arafat and the Palestinian Authority, and that PA payroll records seized during the 2002 reinvasion showed that Arafat had paid for "terrorist acts." The records showed that some PA employees were participants in attacks on Israeli troops and civilians, but did not establish that the acts were either ordered or rewarded by Arafat.

There is no doubt, however, that elements within Arafat's Fatah party favored violence, having gradually lost faith in "the peace process." Arafat likely did not suppress violence on the Palestinian side as vigorously as possible, aware of the risk that doing so would cast him as a "security subcontractor" for the Israeli military occupation.

The second Intifada was declared officially ended in 2005, when newly-elected PA head Mahmoud Abbas negotiated agreements with Hamas and other dissident Palestinian groups to end attacks on Israelis. Approximately 1,000 Israelis and 3,600 Palestinians lost their lives during the al-Aqsa Intifada.