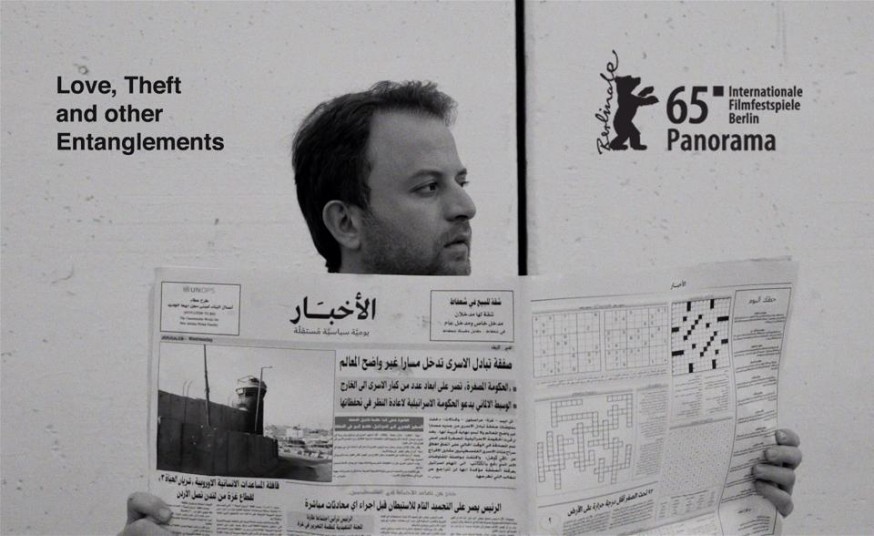 “I am a flying soul. I was influenced by where I come from and a strong part of my personality is rebellious. Performing arts has unleashed a strong imagination, which in many ways, is my own revolution.”

Actor, theatre director, and playwright Sami Metwasi is the star of Muayad Alayan’s latest film, “Love, Theft, and Other Entanglements,” which is set for release in 2015. It has been officially selected by one of the most prestigious film festivals in the world, the Berlin International Film Festival. View the trailer here.

Metwasi, winner of the UNESCO Aschberg award for Artist of the Year in 2000, says his passion for theatre faced many challenges at the beginning of his career:

“On one hand, I've always been drawn to performing arts. On the other, my parents’ range of expectations for me for a profitable career held anything but acting! I found myself publicly studying for business while secretly taking theatre classes in Ramallah and in 1995, I started the first theatre group at Bethlehem University.”

Perhaps this tenacious attitude is what made Metwasi what he is today: an internationally accomplished actor who has made his way from Palestine — where he established two theatre groups — to New York, London, Chennai, and Berlin. In New York, Metwasi worked in the field of alternative theatre with the International WOW Company and became well known for his role in “Arafat,” a production directed by Hollywood actor Omar Metwally. He was offered membership to New York’s actors’ union for his role as an Al Jazeera reporter in “Moot the Messenger,” a play produced by Humana Festival. In addition, he wrote two other plays that were produced in New York City: “Makloubeh” and “Souvenir.” Metwasi also co-wrote and directed “Sunlight at Midnight” in London, along with his service as an artistic director for the London-based organization Palestine Gallery before returning to Palestine in 2009. He starred in Shakespeare’s “Richard II” at the Globe Theatre in London in 2012 and stunned audiences with his performance as the lead character in the Arabic adaptation, gaining praise by notable critics such as the Guardian’s Lyn Gardner.

Metwasi is no stranger to community work. Throughout his career, he has used art to bring to the forefront political, humanitarian, and social issues that impacted people’s lives. His award-winning play “Key and Life,” which was performed by actors from a Palestinian refugee camp, premiered at the Philadelphia Amman Festival. “Born in Bethlehem” integrates real stories from Christians and Muslims living in Bethlehem, which he wrote and directed and toured with it in Europe and the Arab world.

Theatre and cinema are very important in the Middle East, according to Metwasi, because they are ways in which society can view its own reflection. It is a space where people can collectively see who they are and can begin to imagine who they want to be. He described theatre as "a medium where social, political, economic, and even personal dimensions are all creatively integrated in a way that often lead to social liberation.”