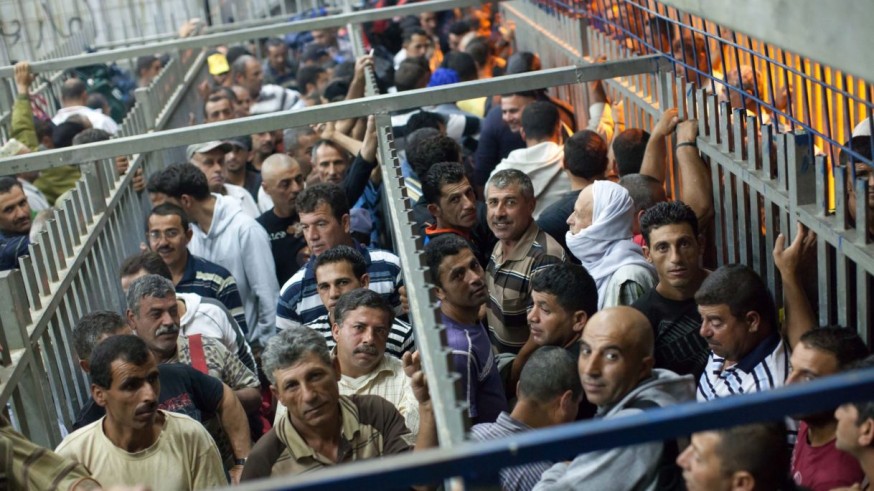 Palestinian workers wait in line at an Israeli military checkpoint near the city of Hebron in the occupied West Bank. (PHOTO: Emil Salman)

Using a variety of methods, Israel imposes severe restrictions on Palestinian movement within and to and from the occupied territories. These policies cause serious hardships for millions of Palestinians, preventing them from getting to work, school, accessing medical care, visiting family and friends, and severely hampers the Palestinian economy. At the same time, Jewish settlers living on occupied Palestinian land in violation of international law and decades of official US policy are able to travel freely in much of the occupied West Bank and East Jerusalem, including on roads constructed exclusively for their use.

"For the last 25 years, Israel has tightened restrictions on the movement of people and goods to and from the Gaza Strip in ways that far exceed any conceivable requirement of Israeli security. These restrictions affect nearly every aspect of everyday life, separating families, restricting access to medical care and educational and economic opportunities, and perpetuating unemployment and poverty. As of last year, Gaza's GDP was 23 percent lower than in 1994. Seventy percent of Gaza's 1.9 million people rely on humanitarian assistance."