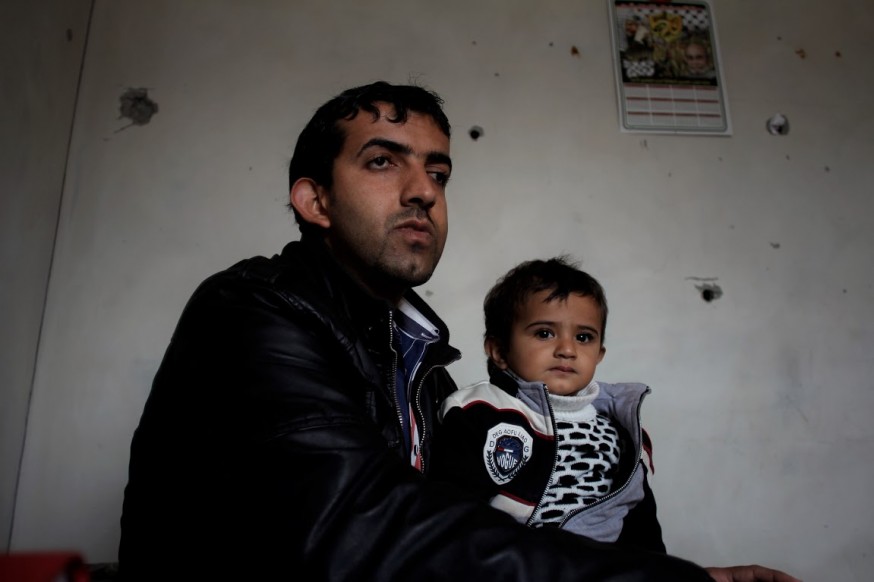 Khalil studied English in college, built his two-story house in 2012, and got married shortly after. The house was partly destroyed in the 2014 Israeli attack on Gaza. 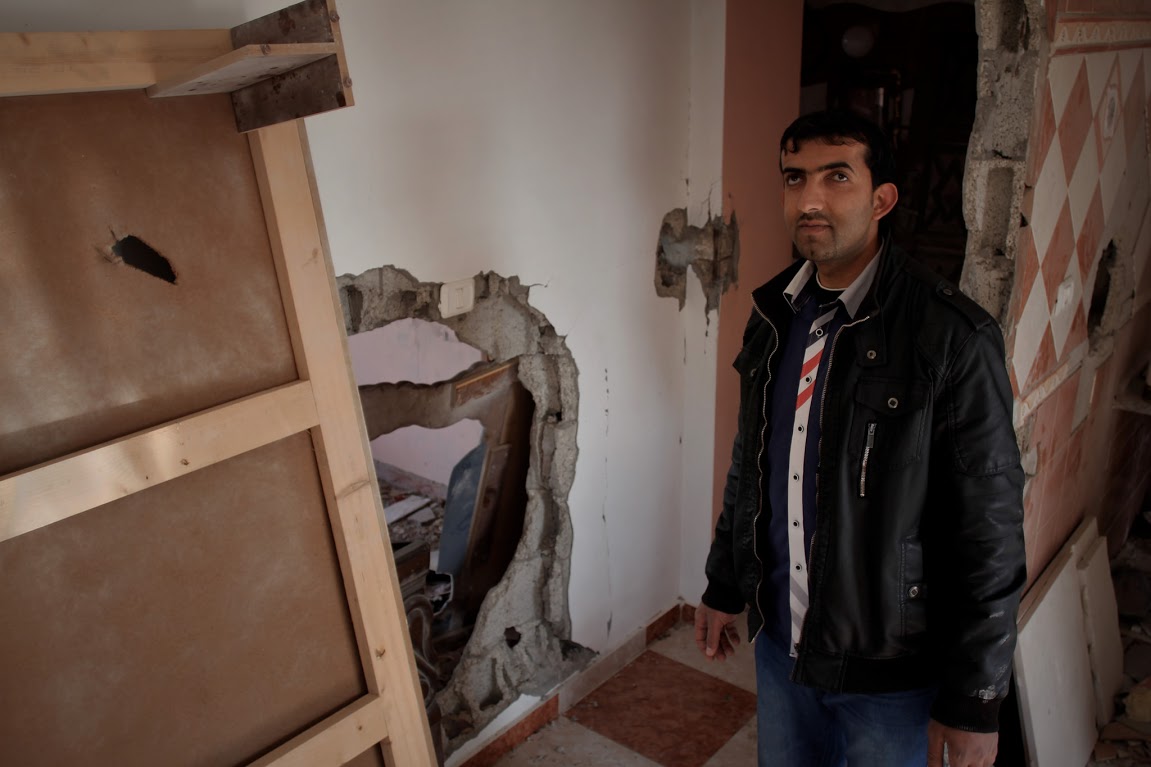 In the first weeks of the war before the ground invasion started, we were afraid that a missile could hit the house. We didn’t know where they were bombing and the sounds were very loud and scary. We evacuated our home when they announced that the Israeli ground invasion would start soon. We took our necessary things with us and went to my aunt’s house first. Her house was hit so we went to some relatives’ house in the center of Khan Younis city.

I don’t have a job right now but I usually work with NGOs on various projects. In the war, during the ceasefire, I worked with Action Against Hunger as an emergency responder to distribute water and food to people in need. Once while we were working in Khuza’a, the ceasefire suddenly broke and the Red Cross had to help us evacuate.

The hardest day for me was when we had to leave our house under the random shelling to go to a safe place with my family. We saw that the whole area was heavily damaged since we live close to the eastern borders.

I’m not able to rebuild my home because reconstruction efforts haven’t started yet and I don’t have a job. All that I wish for right now is to rebuild my house and to have a good job.