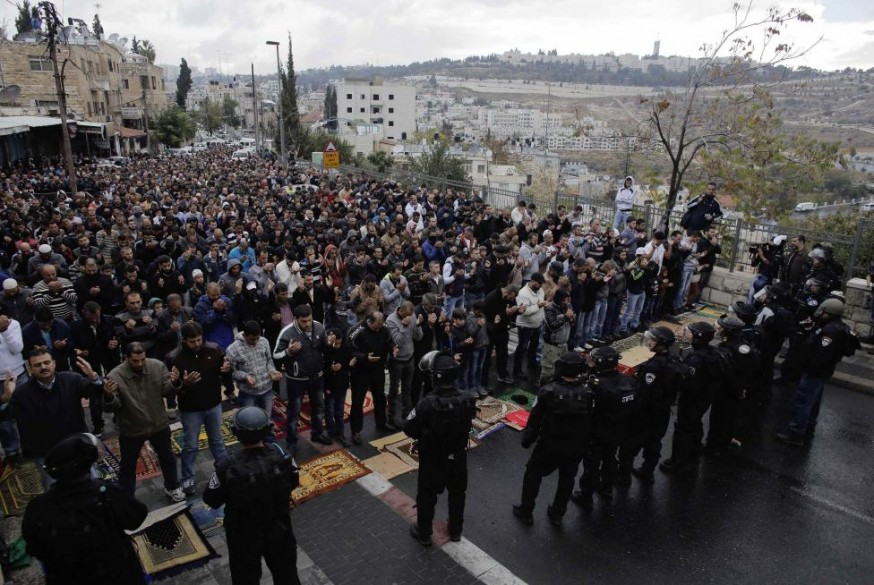 PHOTO: Palestinian men denied entry to the Al Aqsa Mosque by Israel pray in the street in the neighborhood of Wadi al-Joz in occupied East Jerusalem, October 31, 2014. (Ammar Awad/Reuters)

For context on recent violence and unrest in occupied East Jerusalem, the IMEU offers the following fact sheet addressing misperceptions about the situation in the city.

1. Right-wing Israeli activists who are pushing for greater access to the Noble Sanctuary mosque complex (known as the Temple Mount to Jews) in East Jerusalem are merely advocating for religious freedom for Jews.

2. Palestinians enjoy religious freedom and freedom of worship in Jerusalem.

5. Most Israeli settlements in East Jerusalem will become part of Israel under any peace deal, therefore building in them does not harm prospects for peace.