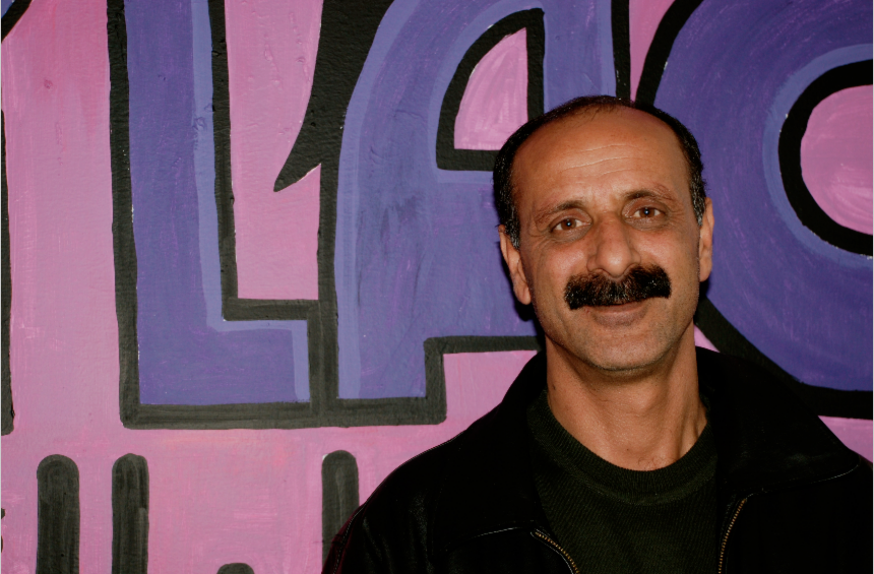 Director of the grassroots organization the Palestinian Youth Action Center (Laylac), mentor and community leader Naji Odeh works with young people in West Bank refugee camps to foster the spirit of volunteerism. “If we lose our spirit for giving, we lose our culture,” he says. “I believe in young people. If we invest in them, then their positive energy will serve as a bridge that builds a strong and healthy society.”

Indeed, Naji has been investing in youth for over 15 years. One would be hard-pressed to find a teenager or a young adult in the Dheisheh refugee camp who does not know Naji. The former director of Al Finiq Community Center, Naji became prominent as a social worker and activist in the late 1990s when he would visit people in their homes and listen to their needs as a member of the camp’s Popular Committee. It was the relationships he built with people in the camps that motivated him to join with others to create Al Finiq, one of Bethlehem’s biggest community centers, where he served as a director for 13 years before moving on to revive the Palestinian Youth Action Center.

“We were trying to help families in need but then the idea grew to forming a public space where people in the camp can have events, courses, celebrations, arts, and innovative opportunities,” he explains.

“We wanted Al Finiq to be a space where everyone can benefit and everyone can build together, a place where barriers are broken. This is why I organized many volunteer activities so that young people, especially, can feel that they are part of something that they own away from business models that often destroy the spirit of volunteerism.”

Perhaps one of the most notable aspects of Naji’s mentoring philosophy is that of breaking away from old trends.

“We must always invest in the new generations and give them the opportunities to rebel against old traditions that are no longer serving our society. This is part of our resistance; to constantly strive for the mental as well as the physical emancipation. I am committed to the youth because I have faith that they will change the future and the bad trends of patriarchal societies.”

An investment in what Naji calls a culture of freedom and personal authority is his biggest reward. In his own words, “I have many children in the streets who are now all leaders. They represent Palestine locally and internationally. They are free people. They are leaders of a new and shared culture that does not measure its successes by material gains.”

Naji’s beliefs about personal freedom and the ability to have authority over one’s own life are not just slogans. At the age of 17, Naji became a political prisoner in Israeli jails after being picked up off the streets during a protest. He knows all too well the hardships and trauma of interrogation rooms and prison cells. This is why he has been reaching out to children who have been in prison to help them cope and heal the wounds of imprisonment. “I work with children who are released and I tell them that they are children, not heroes. I was a child, not a hero, and I deserved like they do to live life as such.” This is why he is taking part in creating a children’s parliament in Palestine which will include kids who have been freed from prison, working children, as well as children with special needs. But he says his biggest dream has already been accomplished.

“I have been able with very humble means and minimal resources to create a humane environment for my two daughters and two sons. They know that they are part of a community of loving and free-thinking individuals. If that is all I have done in this life, then I have done well.”