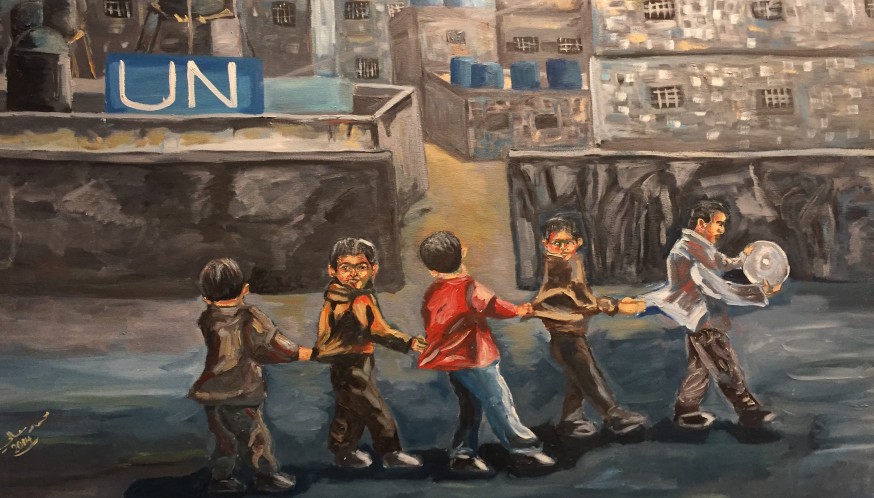 When 27-year-old Bshara Nassar began to dream of a museum dedicated to the Nakba, he hoped it would provide context for Americans who were learning about the struggle for Palestinian civil rights today. “That’s where it all started,” he says. “If we look at the news now we see stories on settlements, for example, but without the context. When you talk about the Nakba and you understand the Nakba and you know what happened back then, you understand the current situation.”

For the uninitiated, the Nakba (Arabic for ‘catastrophe’) refers to the forcible displacement of over 700,000 Palestinians in 1948 as part of the strategic establishment of the state of Israel. Today, and as a direct result of the Nakba, Palestinians make up the world’s largest refugee population -- an estimated 5 million people. And even for the Palestinians who stayed in their ancestral homes or nearby, the Nakba is an ongoing reality. Inside modern Israel, Arab Bedouin tribes are being forcibly displaced from their land even today, and Palestinian land in the West Bank is constantly encroached upon by new settlements.

Nassar understands this struggle on a personal level: His family, who created an international education program called Tent of Nations on their farm near Bethlehem, have struggled to keep their land for decades. Nassar moved to Washington in 2011 to earn a master’s in conflict transformation from East Mennonite University, and has since made it his mission to tell the Nakba story to an American audience. After a rigorous fundraising campaign, the Nakba Museum Project of Memory and Hope has found a temporary home at The Festival Center in DC’s Adams Morgan neighborhood from June 13-27, 2015. 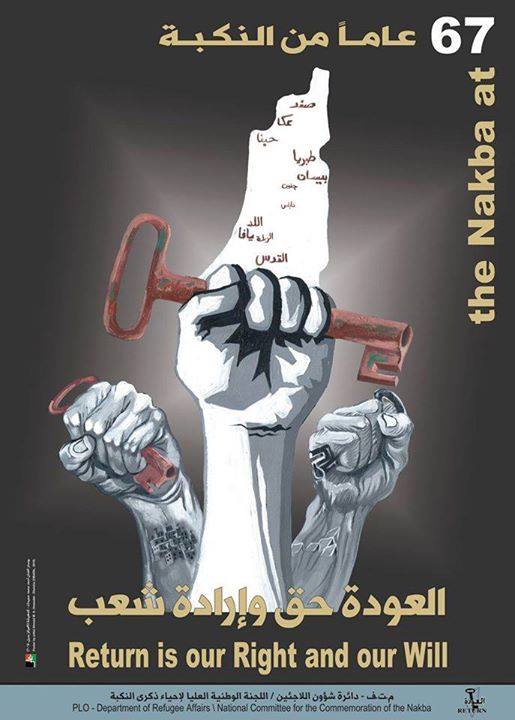 The exhibit (more information on hours and events listed here), fills a large, open space with art and information on Palestine, beginning with a series of panels that show, through maps, the step-by-step disbursement of the Palestinians. Next, visitors move through an exhibit of work by six artists, including three from Dheisheh refugee camp: Ahmed Hmeedat, Mohammad M’ali, and Wa’el Abu Yabes. Hmeedat, who has never had formal artistic training, draws beautiful charcoal portraits, and also works in collage. A piece he made showing three hands with keys in them -- classic right of return symbolism -- won first place in the Nakba poster-drawing contest for 2015.

Hmeedat, who worked alongside Nassar to curate the exhibit and is in Washington for its duration, says that despite the physical and emotional turmoil of living in a camp, Dheisheh is fertile ground for beauty. “I consider the camp a source of creativity,” he says. “There are tons of untold stories, so an artist or writer just needs to be inspired to look for these stories and tell them. I believe that suffering motivates people to write and to paint and to express themselves. Also, the camp is a space of political exclusion, and because we are under occupation they come and arrest people and kill people all the time. Art is one of the ways to resist this.”

The art Hmeedat and Nassar chose for the exhibit varies in style as much as it does in content -- some of the paintings are literal, while some wander into impressionism. Some are done in oil, and others are photographs or ink on paper. Aside from the Dheisheh artists, the exhibit also features the work of Samar Ghattas and Haya Ka’abneh, and images by renowned Palestinian photojournalist Hamde Abu-Rahma. His photographs capture the spirit of Palestinian nonviolent resistance, which Hmeedat notes is all too often lost. “Those that are violent are a minority,” he says. “But somehow they get all the attention in the press.”

What the images all have in common is that they easily convey the pain and destruction caused by the Nakba when it happened, and all the iterations of that pain that have existed in the years since. Some day, Nassar hopes that he’ll have a permanent space through which to tell the story of the Nakba through art and storytelling, both of which he believes transcend nationality, religion, and creed.

“Art is a language that everyone can understand. And if you’re using art to tell a story, that’s not really something people can argue with,” he says. “We can argue with a policy or an article or a report, but we cannot argue with someone’s personal story, which makes stories extremely powerful. Stories told through art reach people’s minds and hearts best, since art is something something beautiful. In the end, my goal is to tell the story of the Nakba to as many people as I can -- a massive number of people -- through art, storytelling, and creativity.”