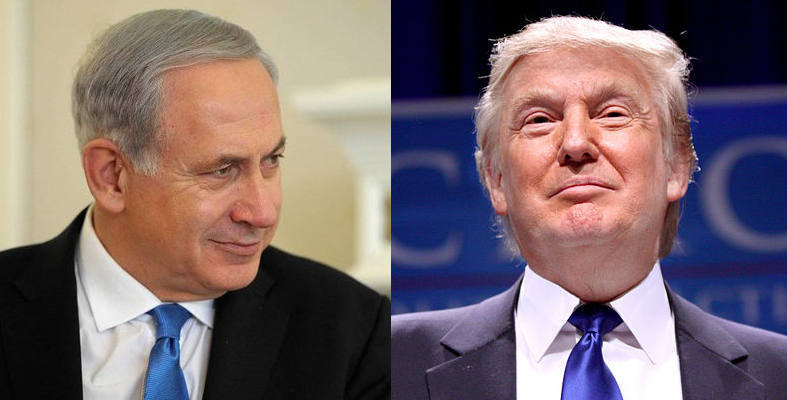 [UPDATE: On December 10, 2015, Trump announced that he was postponing his visit to Israel. A spokesperson also denied reports that he was planning to visit the Noble Sanctuary mosque complex (known as the Temple Mount to Jews) in occupied East Jerusalem.]

Earlier today, it was announced that Republican presidential candidate Donald Trump will meet with Israeli Prime Minister Benjamin Netanyahu when he visits Israel later this month. The announcement comes in the wake of controversy over Trump's call for a ban on Muslims entering the United States and other racist comments, which have been widely condemned. In response to criticism for agreeing to meet with Trump, Netanyahu’s office issued a statement claiming that “Israel respects all religions and stickily preserves the rights of all its citizens,” despite massive evidence to the contrary documented by Israeli, Palestinian, and international human rights organizations.

The IMEU offers the following fact sheet on Netanyahu’s claims regarding equality for Muslim and other non-Jewish citizens of Israel, and also concerning provocations by messianic Jewish extremists, including senior government officials, who have been inciting tensions around the Noble Sanctuary mosque complex (known as the Temple Mount to Jews) in the Old City of occupied East Jerusalem, which Trump reportedly will visit during his trip.

Discrimination Against Non-Jews in Israel