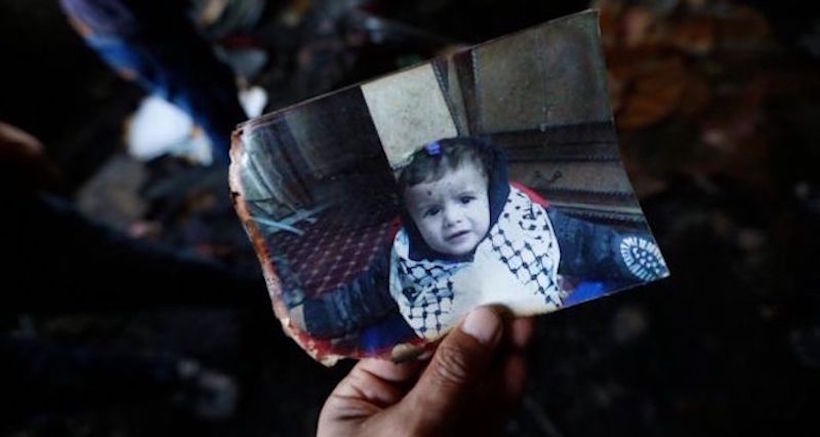 Ali Dawabsheh​, killed along with his parents when their home was torched by Jewish extremists on July 31, 2015 in the occupied West Bank. (Credit: Irish Times) 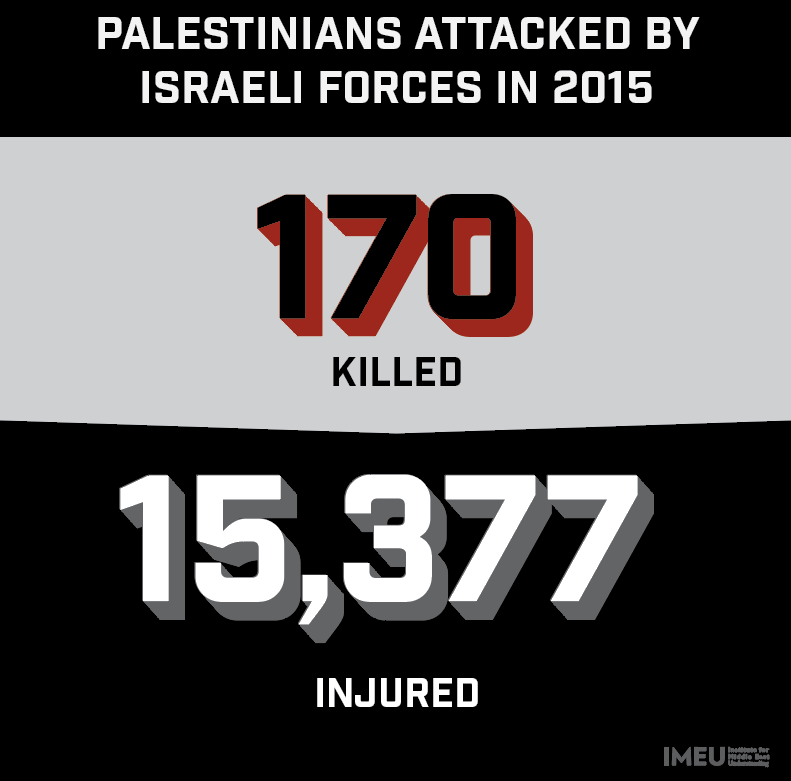 Excessive Use of Force by Israeli Soldiers & Police

In at least four incidents, Palestinians were deliberately shot dead by Israeli forces when they posed no imminent threat to life.

Attacks by Jewish Extremists Against Palestinians & Their Property

The chance that a complaint submitted to the Israel Police by a Palestinian will lead to an effective investigation, the location of a suspect, prosecution, and ultimate conviction is just 1.9 percent.

"Soldiers' practice of standing idly by has been documented for decades by both government agencies and human rights organizations, which have warned about its serious implications. Yet despite this, the military has thus far refrained from drafting operating procedures and standing orders that clearly and comprehensively set out the sequence of actions soldiers must perform during violent incidents involving Israeli citizens." 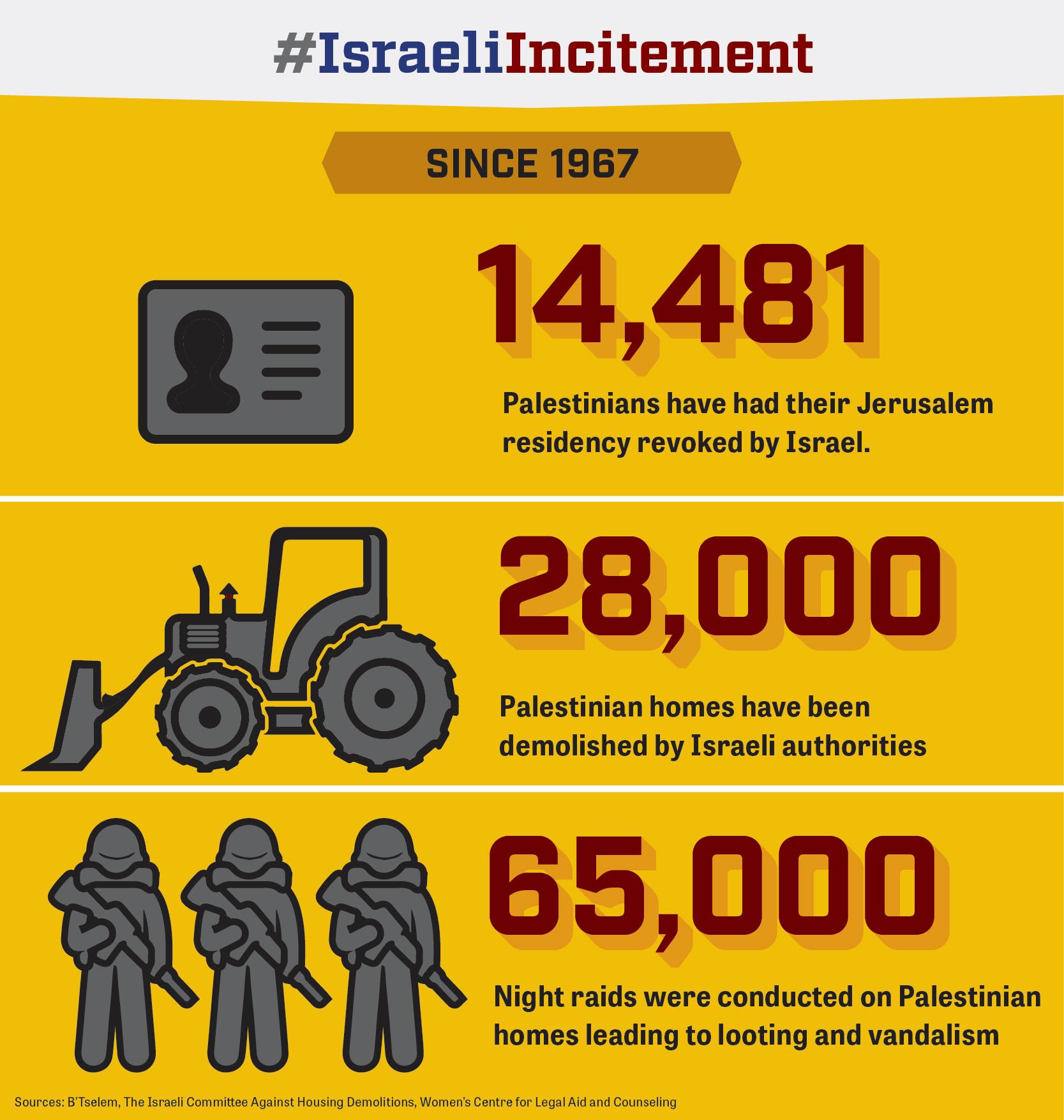 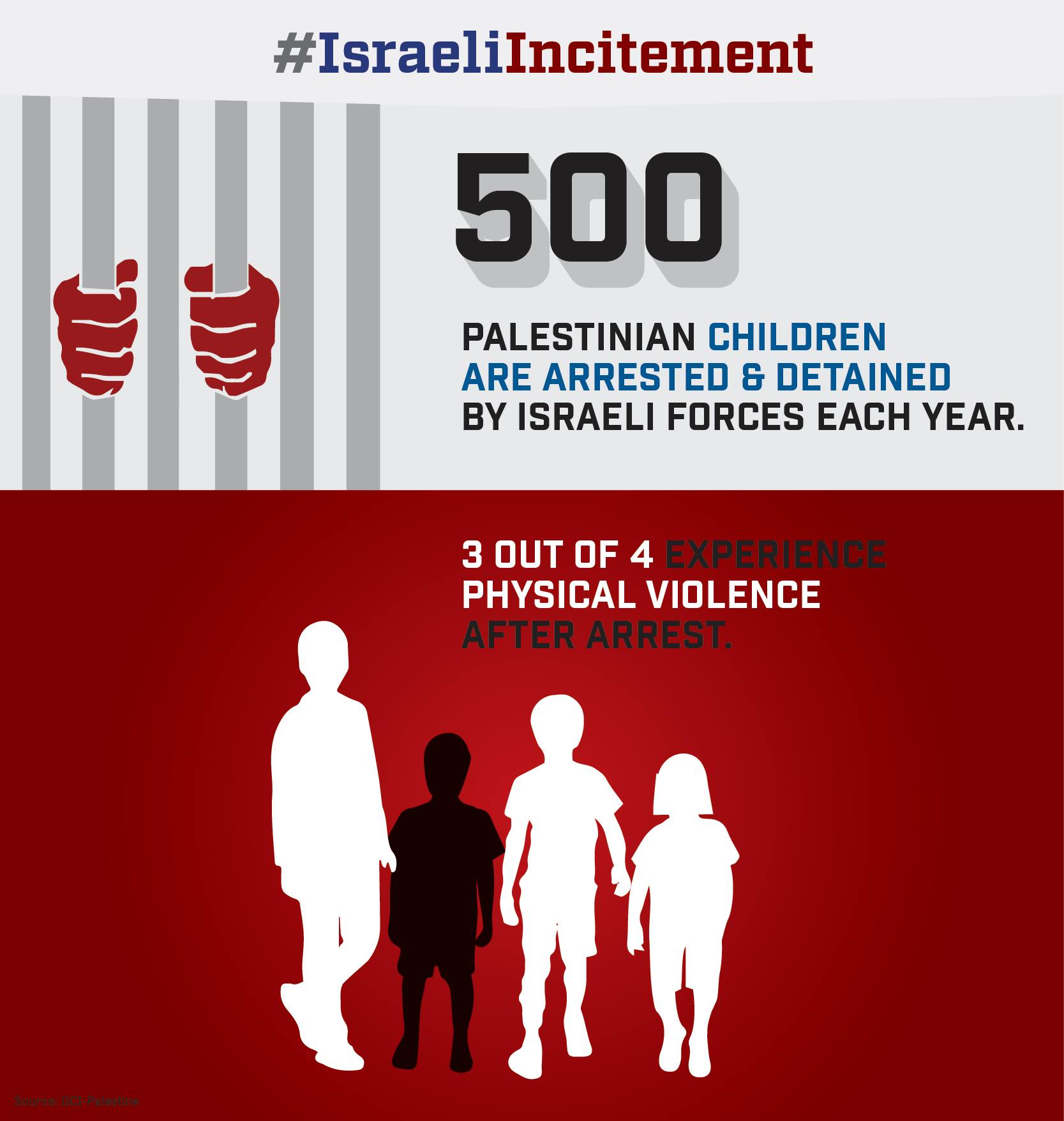 Private US citizens have given more than $220 million in US tax-deductible donations to settlement groups over the past five years. 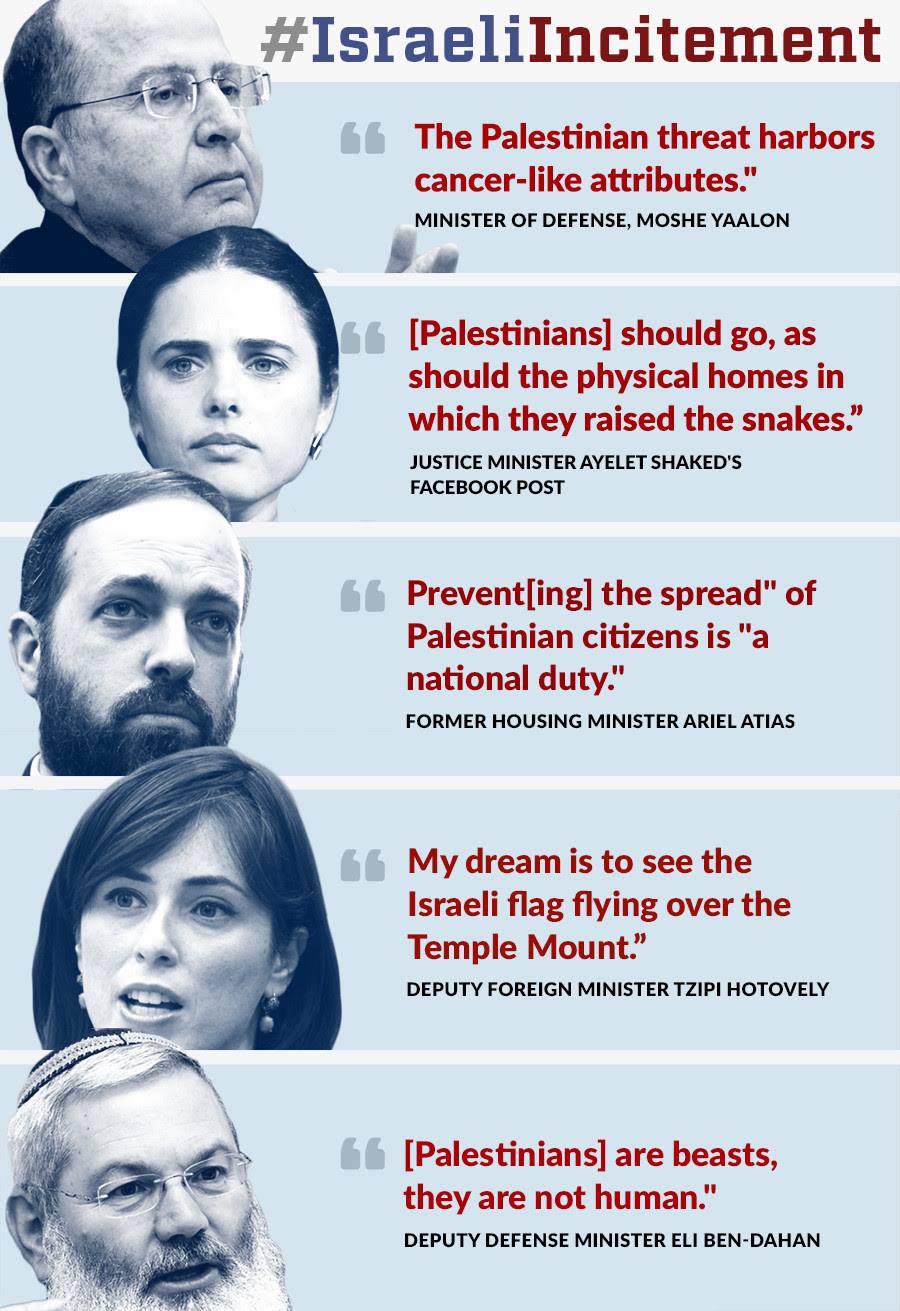 Palestinians are getting poorer on average for the third year in a row. 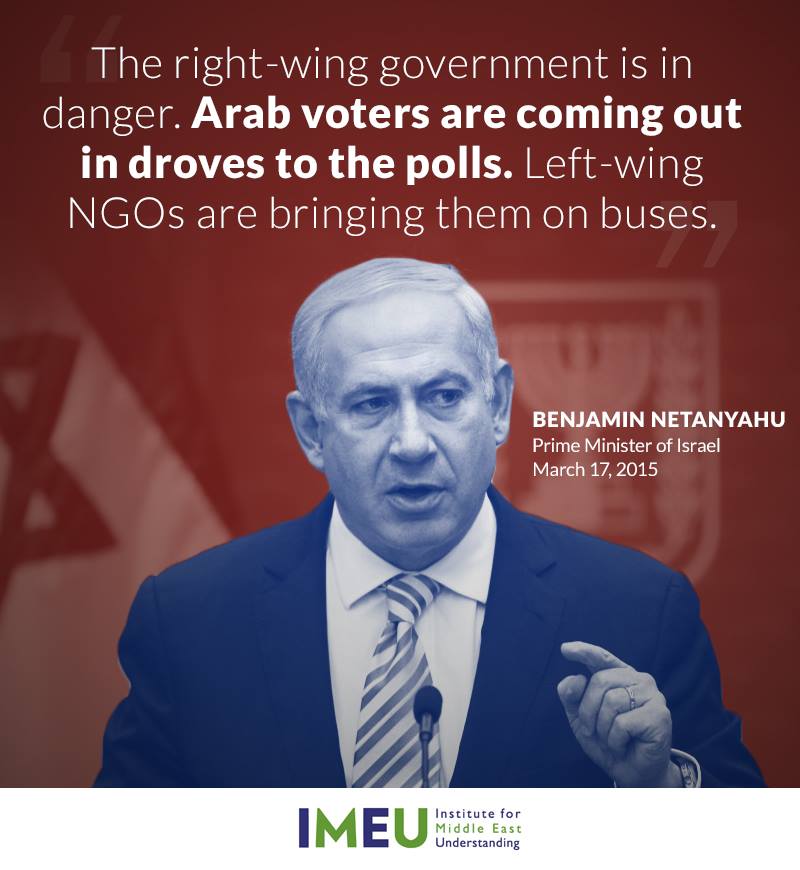