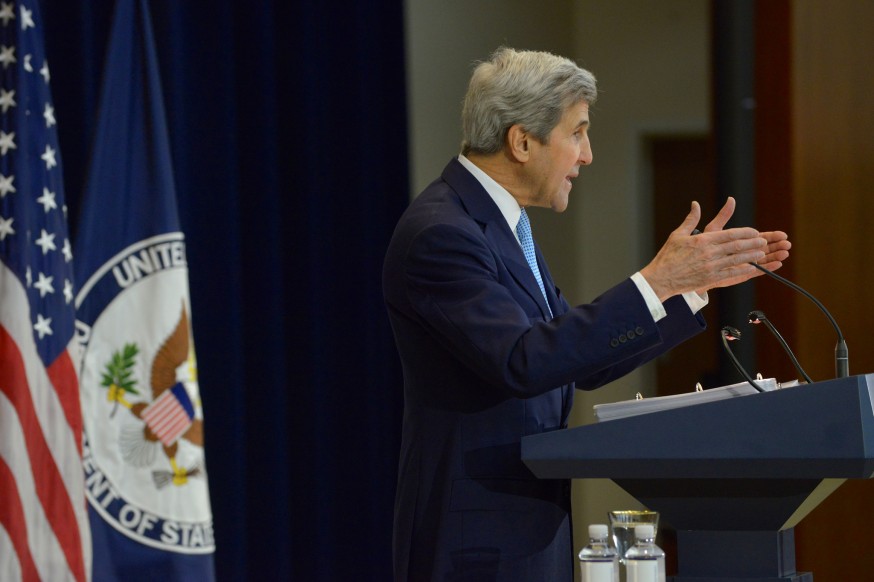 (See here for the full text of the speech given by Secretary of State John Kerry on December 28, 2016.)

Parameter 1 – “Provide for secure and recognized international borders between Israel and a viable and contiguous Palestine, negotiated based on the 1967 lines with mutually agreed equivalent swaps.”

Parameter 2 - “Fulfill the vision of the UN General Assembly Resolution 181 of two states for two peoples, one Jewish and one Arab, with mutual recognition and full equal rights for all their respective citizens.”

Parameter 3 - “Provide for a just, agreed, fair, and realistic solution to the Palestinian refugee issue, with international assistance, that includes compensation, options and assistance in finding permanent homes, acknowledgment of suffering, and other measures necessary for a comprehensive resolution consistent with two states for two peoples.”

“Neither the options of local integration and third-country resettlement, nor their absence, should extinguish the right to return; their humanitarian purpose is to allow individual Palestinians to select during a specified period among several choices for ending their refugee status.”

Parameter 4 - “Principle four: Provide an agreed resolution for Jerusalem as the internationally recognized capital of the two states, and protect and assure freedom of access to the holy sites consistent with the established status quo.”

Parameter 5 - "Satisfy Israel’s security needs and bring a full end, ultimately, to the occupation, while ensuring that Israel can defend itself effectively and that Palestine can provide security for its people in a sovereign and non-militarized state.”

Parameter 6 - “End the conflict and all outstanding claims, enabling normalized relations and enhanced regional security for all as envisaged by the Arab Peace Initiative.”