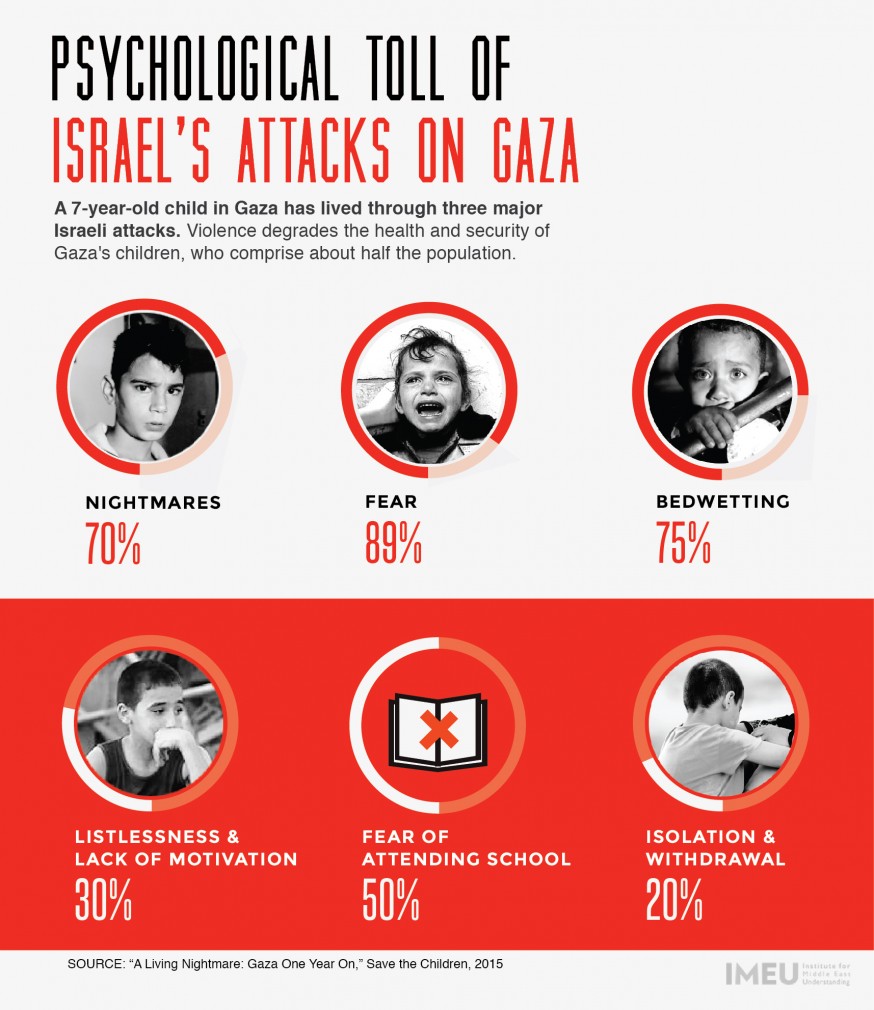 A seven-year-old child in Gaza has lived through three major Israeli attacks. Each bomb dropped takes a psychological toll on Gaza's children, who make up about half the population. High rates of nightmares, fear, bedwetting, and isolation have been documented by Save the Children.

Learn more about the impact of Israel's attack on Gaza in Save the Children's report: "A Living Nightmare: Gaza One Year On"