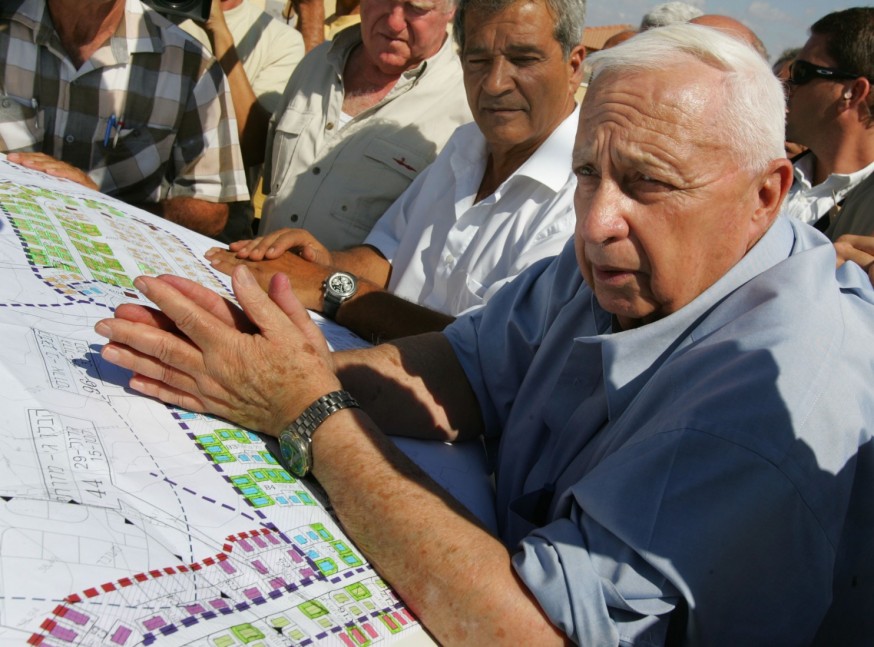 Former Israeli Prime Minister Ariel Sharon leans over housing plans as he meets with contractors who were building temporary housing for settlers due to be evacuated from the Gaza Strip under his disengagement plan in southern Israel, July 5, 2005. (David Silverman/Getty Images)