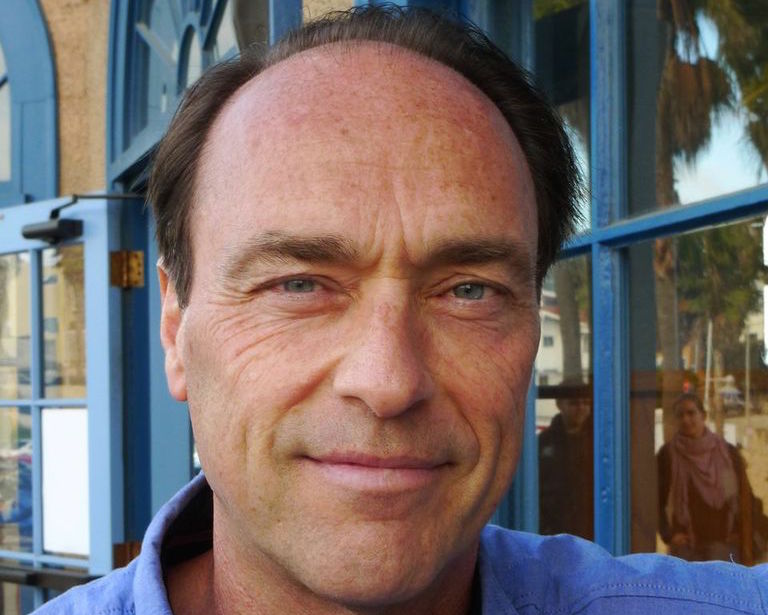 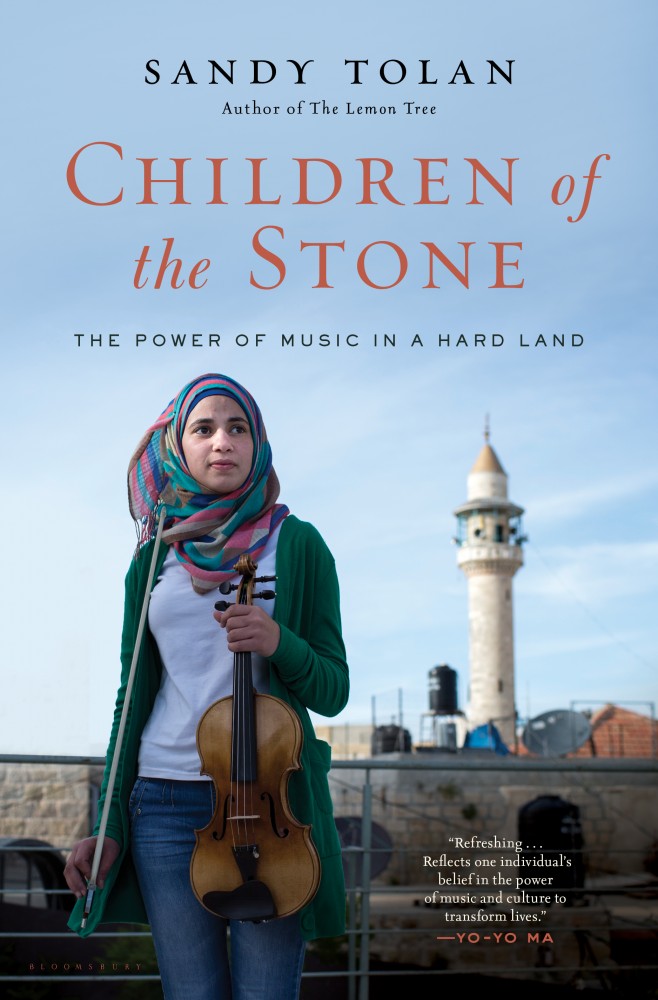 In Children of the Stone: The Power of Music in a Hard Land, journalist and author Sandy Tolan tells the story of Ramzi Aburedwan, a Palestinian who grew up in Al Amari refugee camp in the 1980s and '90s. Today, Aburedwan is a renowned viola and bouzouk player, and the founder of Al Kamandjati (Arabic for "the violinist"), an organization that aims to make music accessible to Palestinian children.

Children of the Stone begins in Aburedwan's childhood, when a photographer captured him throwing a stone during the first intifada -- the resulting image was shared around the world and came to symbolize the frustration that fueled the Palestinian struggle. As Tolan guides the reader through Aburedwan's life, he peppers his subject's sometimes tragic, often inspiring story with a detailed history of Palestinian politics since 1948, vignettes from Edward Said's life and relationship to music, and the heartbreak and victories that defined the first and second intifadas.

Tolan, who published his first book on Palestine, The Lemon Tree, in 2006, is also the author of Me and Hank, and a professor at the USC Annenberg School for Communication and Journalism. The IMEU talked with him about writing Children of the Stone and using music as an instrument of resistance.

Q - You did 230 interviews for this book, and the result is a wonderfully detailed project. Tell me how you recreated so many scenes that occurred over such a long period of time.

Sandy Tolan: I think I made six trips to the region, including the original trip when I met Ramzi [Aburedwan] in 1998. And then I also made some trips to France, the UK and Germany for the book. One of the biggest challenges that I found, and that I also found when writing The Lemon Tree, is that to write narrative nonfiction and get it right, but to craft a compelling narrative at the same time, requires so much detail. And getting all the details right took thousands of questions. I used every available document and resource, because I didn’t only want to get the character’s stories right, I wanted to be absolutely precise and deeply sourced when writing about the political situation between Israel and Palestine in the book.

In terms of the people in the book, it required multiple interviews with the main subjects to even figure out who you going to tell the story through. Other than Ramzi, of course. I first met him when he was an 18-year-old kid, and he told me he dreamed of opening music schools, and when I met him again years later he had. I’d done a short piece on him for NPR in 1998, but I finally realized that his story would be a great way to explore not only his life -- this exceptional, charismatic and magnetic person who is a Palestinian musician -- but also it could be a way of exploring the drama of building something so beautiful that required such perseverance under difficult circumstances. And of course, to tell the story of the daily life of Palestinians -- a story that isn't ordinarily told in the West.

I spent time with a lot of different people, like the Shalalda family who became a big part of the book. Everyone was helpful, but it takes a while to earn anyone’s trust, especially if you’re an outsider. Even though I had been to Palestine many times before, I was an American journalist coming in and asking difficult questions -- it would always require repeated visits. I’d sometimes have to spend my time with Ramzi asking him very difficult, painful questions, but he was alright with it, because he knew that I was trying to write an honest account of his life.

Q - Ramzi is obviously exceptional, but the title Children of the Stone pays homage to a nickname Palestinian kids his age were given because of their methods of resistance. Do you consider him a representative of this generation?

ST: Ramzi, like thousands of other kids, is a product of the first intifada. There were a lot of studies back in those days that showed how deeply traumatizing that time was for Palestinian children. But there were also studies that showed that the fact that they were on the front lines gave them a sense of pride, and an identity -- they were resistance fighters. Ramzi understood that people saw him as sort of this small-in-stature hero, and I do think that helped give him a confidence to accomplish things that he might not have otherwise considered. He is really a leader that emerged from that crucible.

But theirs was also a generation that lost a tremendous amount in general, but particularly in terms of education. Of course, there was this resilience, and I think there was a lot of hope around that time because people embraced Oslo as something that might create the conditions for a certain kind of Palestinian freedom. But in some ways I don’t think Ramzi is typical.

Q - What would you say to those who think that music is a nice distraction, but isn’t necessarily transformative in a situation as dire as the one in Palestine?

ST: When Ramzi first told me that he wanted to use music to protect these kids from these soldiers, my reaction was, “Well, that’s a cool thing to say, but maybe it’s a sound bite.” But in places like Bosnia, Northern Ireland during the Troubles, and South Africa under Apartheid, research has shown that music can protect children in war zones. In those instances, music has been documented to be not just an escape but an emotional protection -- it really can be transformative in terms of how a young person sees him or herself.

All the teachers I interviewed reported observing the same thing. And Rasha [Shalalda], a character in the book, speaks beautifully about how music has really transformed her. Rasha was kind of an angry, quiet, withdrawn child -- these kids had been terribly traumatized. Rasha’s brother and his friend broke curfew to go out and find bread for their families, and the friend was shot and killed right in front of her brother. So much trauma. So to hear Rasha say, “This was so horrible for us, and music just changed everything,” made me realize Ramzi was definitely not talking in soundbites. There are some that might see music as a distraction, but Ramzi and his students see it as a form of political resistance. In the last few pages of the book, they walk right up to Qalandiya checkpoint and start playing Mozart.

There’s one interpretation that some might bring to the story of a boy who puts down a stone and picks up a viola. One analysis might be that he’s choosing a peaceful path, but Ramzi would say this is literally a different instrument for him in the struggle to resist the occupation. He has said that to me many times. Writing this book deepened my understanding of the commitment that Palestinians have to try and take hold of their own destiny in many creative ways. There are many ways of trying to hold up a mirror to the occupation and show the world what’s happening on the ground.

Q - You and Ramzi are putting together a tour this summer?

ST: Yes, we want Ramzi to have a direct encounter with people in the U.S. around the book and around his music so people can see the value and importance of what he’s doing. His story and the music pour out of him, whether he’s playing the classical viola or the bouzouk with his Dal’ouna ensemble. So far we have the DC dates booked, including July 7 at the National Cathedral, and are working on New York and Worcester, MA. But we’ll need funding help because we want some bring him here in the summer, and again in the fall and even next spring. The goal is to create a lengthy national tour that tells the Al Kamandjati story.

I’ve been going to Palestine for 20 years. It’s not difficult as a journalist and a human being to feel that the situation is really more grim every time. And that the occupation is tightening, and the number of settlements is expanding. The restrictions are more imposing. So that it’s become an archipelago of confined islands in this sea of Israeli military control. This tour is important because I want Americans to see what I saw at Al Kamandjati -- that what these kids are doing is really inspiring. They’re not just playing pretty music. They’re using music to help create the conditions for their own freedom.

For more details on the tour, visit the World Class Arts website.