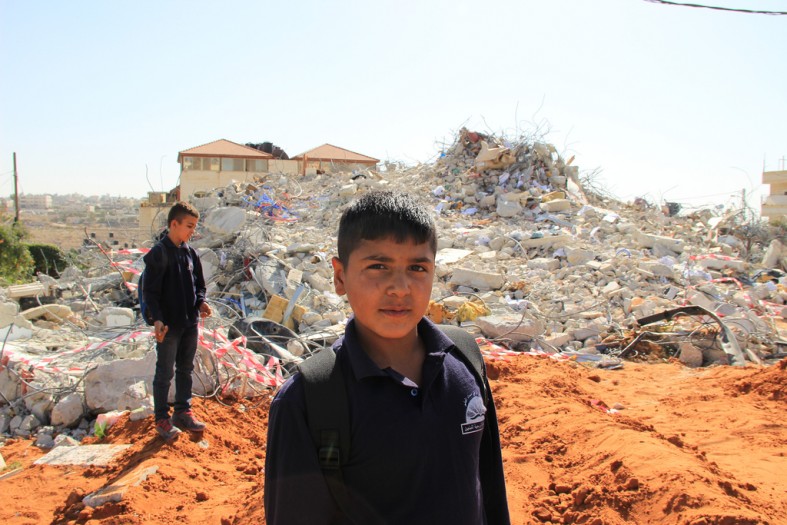 Palestinian children in Beit Hanina, occupied East Jerusalem, stand in front of the rubble of a multi-story apartment building on October 26, 2013 after Israeli soldiers arrived at 4:00 in the morning with bulldozers and forced residents out of the building before demolishing it. (PHOTO: Christopher Hazou / IMEU)

"Israeli authorities have expropriated thousands of acres of Palestinian land for settlements and their supporting infrastructure. Discriminatory burdens, including making it nearly impossible for Palestinians to obtain building permits in East Jerusalem and in the 60 percent of the West Bank under exclusive Israeli control (Area C), have effectively forced Palestinians to leave their homes or to build at the risk of seeing their 'unauthorized' structures bulldozed. For decades, Israeli authorities have demolished homes on the grounds that they lacked permits, even though the law of occupation prohibits destruction of property except for military necessity, or punitively as collective punishment against families of Palestinians suspected of attacking Israelis."