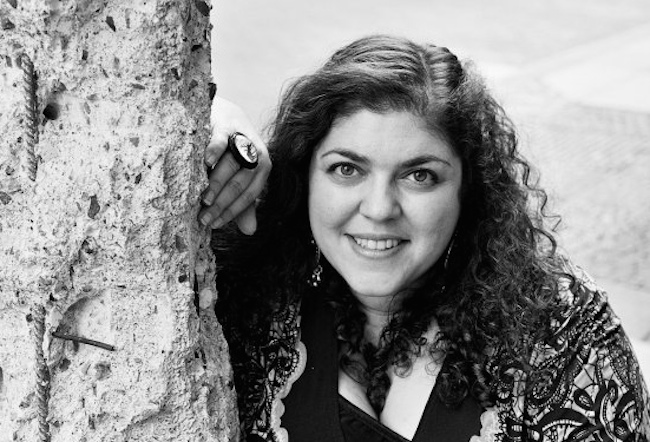 “None of my characters are rooted to a particular place, and that makes all of them marginalized, outsiders, or outcasts,” says Randa Jarrar, an accomplished author, translator, and professor at California State University, Fresno. As a Palestinian American, Jarrar is intimately familiar with the struggles of identity and belonging, and brings that experience to her work. “That’s what makes for good writing,” she says. “When you write from the point of view of someone who is not inside the norm.”

Born in Chicago to an Egyptian-Greek mother and Palestinian father, Jarrar grew up in Kuwait and often traveled to the West Bank and Egypt as a child. After the first Gulf War in 1991, she moved back to the U.S. and studied creative writing at Sarah Lawrence College. Jarrar then received an MA in Middle Eastern Studies from the University of Texas at Austin, and an MFA in Creative Writing from the University of Michigan.

Now, Jarrar is the fiction and online editor for literary journal The Normal School, and spends her days in Fresno teaching creative writing to both graduates and undergraduates. “It’s a majority minority school,” she describes. “Many of my undergraduates are brown: [email protected], Asian Americans, Muslim Americans. They're first generation college students. Or they're children of migrant workers. Or they work full time, and parent.”

When Jarrar is not teaching, she’s careful to spend time on her own writing. Her award-winning book, A Map of Home (2009), has been praised as “a novel that changes the landscape of Arab-American fiction.” In March of 2014, Jarrar published an essay on the appropriation of belly dance on Salon.com, which sparked a heated online discussion and went viral. In 2016, her collection of stories, HIM, ME, MUHAMMAD ALI, will be released.

Jarrar is also active in the volunteer-run organization RAWI (Radius of Arab American Writers Inc.), which supports published and unpublished Arab writers of fiction, nonfiction, graphic novels, and scholarly texts. At RAWI’s biennial conference, the writers are treated to workshops, readings, panels, and film screenings. Jarrar describes the experience as an excellent way to build community.

Communing with other Arab-American writers is central to Jarrar’s personal and professional identity, and helps her continue to explore her Palestinian roots. “We come from families that have members still in Palestine, still suffering. But as members of the diaspora we aren’t directly suffering, so there was a time when I thought I wasn’t Palestinian,” explains Jarrar. “Then I started thinking about how this experience of being in the Palestinian diaspora is a real one. I didn’t realize that when my family was unable to return to Kuwait it was because my dad was Palestinian.”

“Being Palestinian-American is always going to inform my writing,” she adds. “I think even if I don’t mean to write from that state, it is still going to emerge, and I’m really happy about that.”