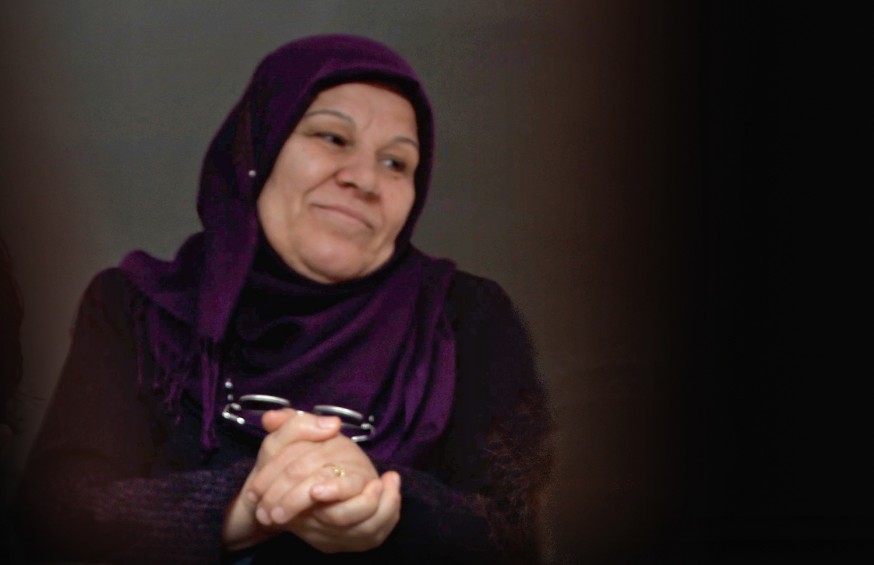 Sabah Abu Jayyab, a pharmacist who works with the UN,  is the mother of eight children, four of them disabled, one of whom was killed in the latest round of Israeli attacks on Gaza.

Sabah had been living for one year in her house with her family before the two floors of her home were reduced to one by Israeli bombs. 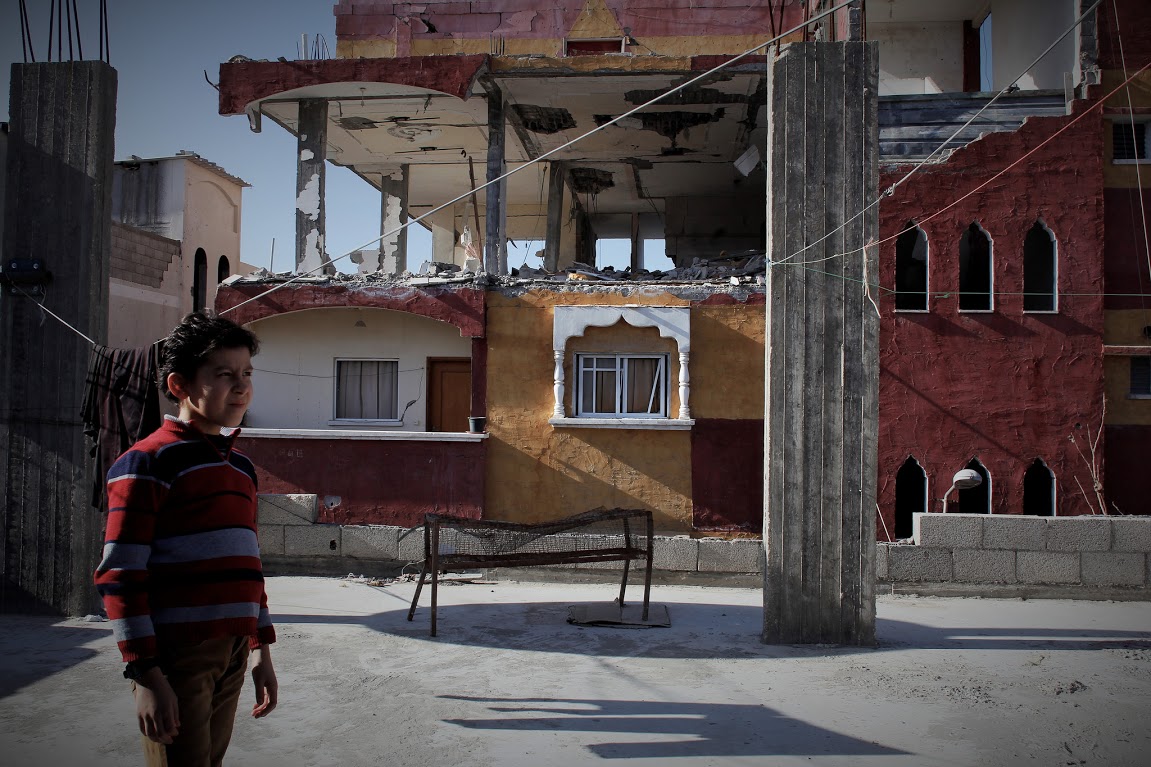 While we were fleeing, Mohammed was carrying Amal because she is unable to move on her own. There was smoke all over the area. We stopped and I asked him to check if Amal is okay and we saw that she lost consciousness. An hour after Ahmed  put her respirator on for her, she woke up.

After the destruction of our house, we couldn’t fix anything because we needed money to cover it so I had to borrow money to fix necessary things like the windows, to keep out the cold. We were able to fix some other things with help from the UN.

During the war, one of the hardest things was seeing my children’s faces before I left home to work, knowing it could be the last time. It was also very hard to see them panic when they woke up to the sound of bombing.