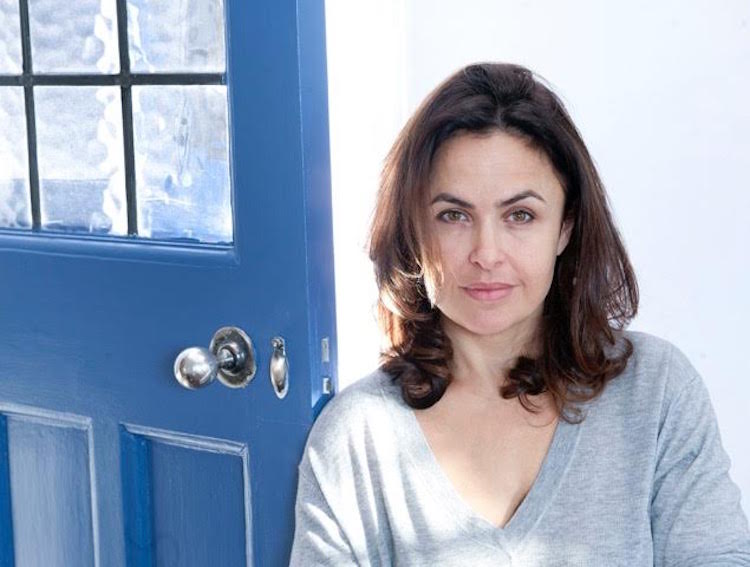 A lawyer by training, British-Palestinian writer Selma Dabbagh’s short stories have been included in a number of anthologies, including those published by Granta and International PEN. She was also nominated for the International PEN David T.K. Wong Award and the Pushcart Prize.

“The power of fiction lies in its ability to humanize the other,” says Dabbagh on her decision to become a writer. “Living in the other’s skin, connecting through emotions, and seeing the world as they live it is a unique function that fiction can serve.”

Her first novel, Out Of It (Bloomsbury, 2012), depicts modern-day Palestine through the lives of two young siblings in their twenties, creating a textured portrait of what it’s like to inherit a conflict. Moving between Gaza, London, and the Gulf, Out of It captures the frustrations and energies of the modern Arab world, and redefines Palestine and its people.

The Guardian chose the novel as a 2011 and 2012 Book of the Year, with Ahdaf Soueif writing that the work was “driven, fast-paced, edgy … [and] brings a very welcome new voice and new consciousness to the Palestinian Story.” Publisher’s Weekly called it an “important and captivating debut novel.”

Born in Scotland, Dabbagh grew up in many different places, including England, Saudi Arabia, Kuwait, and France. Dabbagh’s father is from Jaffa, an ancient Palestinian city in what is now Israel. His family fled Jaffa in 1948 when Israel was established.

“He was hit by a grenade thrown by one of the Jewish paramilitary groups which was the final incident that triggered the family to leave,” relates Dabbagh. “They left en masse to Syria, some went on to Jordan, others to Kuwait. His older brother in Kuwait helped to support my father’s studies in the United Kingdom, which is where he met my mother, who is English.”

Dabbagh studied law in college and upon graduation moved to the West Bank where she worked for a human rights organization. She was not able to stay in Palestine and began working at AmidEast in Cairo for several years. After completing a master’s at SOAS, Dabbagh’s marriage took her to Bahrain where she stayed for nine years.

“I ended up working for a telecommunications company, which isn’t what I wanted to do. I had two kids. And I started writing,” recalls Dabbagh. “I had always wanted to write fiction, so I started writing stories and a lot of them came out with a Palestinian theme to them, issues in particular about people who felt that the revolution had failed them or that they had failed the revolution.”

Eventually her ideas began to solidify and her novel took form.

The dispossession of the Palestinian people from their land is a continuing process that takes on many forms, ranging from the legal to the brutal.

“I got this image in my head of this boy on a roof leaping—he’s a bit defiant with a fighter plane above him. He’s stoned and defeated, but still angry,” Dabbagh says of beginning to write Out Of It. “This image stuck in my mind, be it of Iraq, Lebanon or Palestine. I wrote my novel basically start to finish in Bahrain. “

Dabbagh says her legal work has influenced her fiction. “My master's dissertation explored all the laws and regulations that separate Palestinians from each other in terms of the different types of documents Palestinians can hold, the discrimination that they tend to face in different countries, and how that tends to militate against any kind of political group formation or nation state formation.”

For Dabbagh, what connects the characters in her book, and Palestinians in the diaspora, are an individual’s personal relationship with the plight of Palestinians. “I explore whether this relationship to the cause absorbs your identity, is every part of you, or whether it’s just a small aspect of your life that you feel guilty about when something particularly bad happens. I was exploring how Palestinians feel about that connection no matter where they are.”

Since writing Out of It, Dabbagh has returned to London where she’s engaged in legal work, part-time specifically human rights and international criminal law in the context of Palestine. She is currently completing her second novel, which is set in an unnamed compound, but is not explicitly about Palestine or Palestinians. In 2012 she was writer in residence in the Noor festival of Arab Art and Culture in London. Her first play, The Brick, set in East Jerusalem was produced by BBC Radio 4 in 2014 and nominated for an Imison Award for new writing.

For Dabbagh, one of the most frustrating aspects of the dialogue around the Palestinian struggle is that people overcomplicate it. “It’s actually a very simple issue; there’s a continued process of dispossession going on which is based on the religion or ethnicity that you’re born into. It is a pattern which hasn’t really changed. The dispossession of the Palestinian people from their land is a continuing process that takes on many forms, ranging from the legal to the brutal."