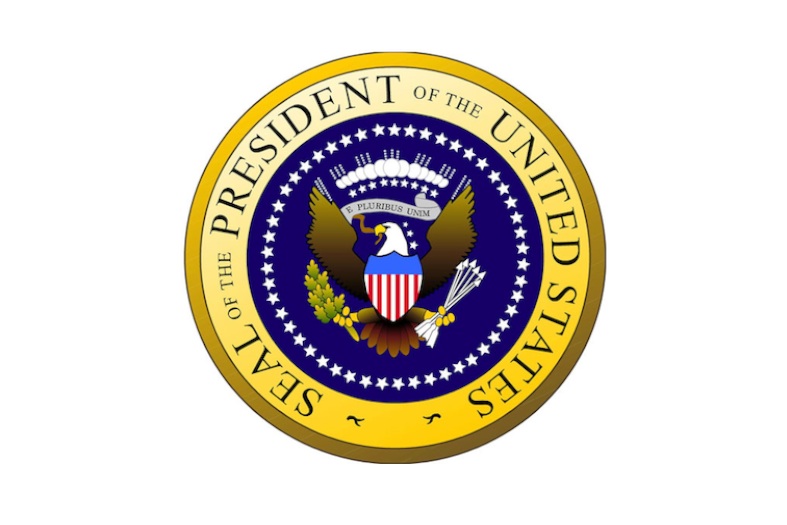 Thank you for your letter setting out your disengagement plan.

The United States remains hopeful and determined to find a way forward toward a resolution of the Israeli-Palestinian dispute. I remain committed to my June 24, 2002 vision of two states living side by side in peace and security as the key to peace, and to the roadmap as the route to get there.

We welcome the disengagement plan you have prepared, under which Israel would withdraw certain military installations and all settlements from Gaza, and withdraw certain military installations and settlements in the West Bank. These steps described in the plan will mark real progress toward realizing my June 24, 2002 vision, and make a real contribution towards peace. We also understand that, in this context, Israel believes it is important to bring new opportunities to the Negev and the Galilee. We are hopeful that steps pursuant to this plan, consistent with my vision, will remind all states and parties of their own obligations under the roadmap.

The United States appreciates the risks such an undertaking represents. I therefore want to reassure you on several points.

First, the United States remains committed to my vision and to its implementation as described in the roadmap. The United States will do its utmost to prevent any attempt by anyone to impose any other plan. Under the roadmap, Palestinians must undertake an immediate cessation of armed activity and all acts of violence against Israelis anywhere, and all official Palestinian institutions must end incitement against Israel. The Palestinian leadership must act decisively against terror, including sustained, targeted, and effective operations to stop terrorism and dismantle terrorist capabilities and infrastructure. Palestinians must undertake a comprehensive and fundamental political reform that includes a strong parliamentary democracy and an empowered prime minister.

Second, there will be no security for Israelis or Palestinians until they and all states, in the region and beyond, join together to fight terrorism and dismantle terrorist organizations. The United States reiterates its steadfast commitment to Israel's security, including secure, defensible borders, and to preserve and strengthen Israel's capability to deter and defend itself, by itself, against any threat or possible combination of threats.

Third, Israel will retain its right to defend itself against terrorism, including to take actions against terrorist organizations. The United States will lead efforts, working together with Jordan, Egypt, and others in the international community, to build the capacity and will of Palestinian institutions to fight terrorism, dismantle terrorist organizations, and prevent the areas from which Israel has withdrawn from posing a threat that would have to be addressed by any other means. The United States understands that after Israel withdraws from Gaza and/or parts of the West Bank, and pending agreements on other arrangements, existing arrangements regarding control of airspace, territorial waters, and land passages of the West Bank and Gaza will continue. The United States is strongly committed to Israel's security and well-being as a Jewish state. It seems clear that an agreed, just, fair, and realistic framework for a solution to the Palestinian refugee issue as part of any final status agreement will need to be found through the establishment of a Palestinian state, and the settling of Palestinian refugees there, rather than in Israel.

As part of a final peace settlement, Israel must have secure and recognized borders, which should emerge from negotiations between the parties in accordance with UNSC Resolutions 242 and 338. In light of new realities on the ground, including already existing major Israeli populations centers, it is unrealistic to expect that the outcome of final status negotiations will be a full and complete return to the armistice lines of 1949, and all previous efforts to negotiate a two-state solution have reached the same conclusion. It is realistic to expect that any final status agreement will only be achieved on the basis of mutually agreed changes that reflect these realities.

I know that, as you state in your letter, you are aware that certain responsibilities face the State of Israel. Among these, your government has stated that the barrier being erected by Israel should be a security rather than political barrier, should be temporary rather than permanent, and therefore not prejudice any final status issues including final borders, and its route should take into account, consistent with security needs, its impact on Palestinians not engaged in terrorist activities.

As you know, the United States supports the establishment of a Palestinian state that is viable, contiguous, sovereign, and independent, so that the Palestinian people can build their own future in accordance with my vision set forth in June 2002 and with the path set forth in the roadmap. The United States will join with others in the international community to foster the development of democratic political institutions and new leadership committed to those institutions, the reconstruction of civic institutions, the growth of a free and prosperous economy, and the building of capable security institutions dedicated to maintaining law and order and dismantling terrorist organizations.

A peace settlement negotiated between Israelis and Palestinians would be a great boon not only to those peoples but to the peoples of the entire region. Accordingly, the United States believes that all states in the region have special responsibilities: to support the building of the institutions of a Palestinian state; to fight terrorism, and cut off all forms of assistance to individuals and groups engaged in terrorism; and to begin now to move toward more normal relations with the State of Israel. These actions would be true contributions to building peace in the region.

Mr. Prime Minister, you have described a bold and historic initiative that can make an important contribution to peace. I commend your efforts and your courageous decision which I support. As a close friend and ally, the United States intends to work closely with you to help make it a success.

[The following letter was pasted from Ha'aretz. Typographical errors have not been altered.]

Dear Mr. President,
The vision that you articulated in your 24 June 2002 address constitutes one of the most significant contributions toward ensuring a bright future for the Middle East. Accordingly, the State of Israel has accepted the roadmap, as adopted by our government. For the first time, a practical and just formula was presented for the achievement of peace,opening a genuine window of opportunity for progress toward a settlement between Israel and the Palestinians, involving two states living side-by-side in peace and security.

This formula sets forth the correct sequence and principles for the attainment of peace. Its full implementation represents the sole means to make genuine progress. As you have stated, A Palestinian state will never be created by terror, and Palestinians must engage in a sustained fight against the terrorists and dismantle their infrastructure. Moreover, there must be serious efforts to institute true reform and real democracy and liberty including new leaders not compromised by terror. We are committed to this formula as the only avenue through which an agreement can be reached. We believe that this formula is the only viable one.

The Palestinian Authority under its current leadership has taken no action to meet its responsibilities under the roadmap. Terror has not ceased, reform of the Palestinian security services has not been undertaken, and real institutional reforms have not taken place. The State of Israel continues to pay the heavy cost of constant terror. Israel must preserve its capability to protect itself and deter its enemies, and we thus retain our right to defend ourselves against terrorism and to take actions against terrorist organizations.

Having reached the conclusion that, for the time being, there exists no Palestinian partner with with whom to advance peacefully toward a settlement and since the current impasse is unhelpful to the achievement of our shared goals, I have decided to initiate a process of gradual disengagement with the hope of reducing friction between Israelis and Palestinians. The Disengagement Plan is designed to improve security for Israel and stabilize our political and economic situation. It will enable us to deploy our forces more effectively until such time that conditions in the Palestinian Authority allow for the full implementation of the roadmap to resume.

I attach, for your review, the main principles of the Disengagement Plan. This initiative, which we are not undertaking uner the roadmap, represents an independent Israeli plan, yet is not inconsistent with the roadmap. According to this plan, the State of Israel intends to relocate military installations and all Israeli villages and towns in the Gaza Strip, as well as other military installations and a small number of villages in Samaria.

In this context, we also plan to accelerate construction of the Security Fence, whose completion is essential in order to ensure the security of the citizens of Israel. The fence is a security rather than political barrier, temporary rather than permanent, and therefore will not prejudice any final status issues including final borders. The route of the Fence, as approved by our Government's decisions, will take into account, consistent with security needs, its impact on Palestinians not engaged in terrorist activities.

Upon my return from Washington, I expect to submit the Plan for the approval of the Cabinet and the Knesset, and I firmly believe that it will win such approval.

The Disengagement Plan will create a new and better reality for the State of Israel, enhance its security and economy, and strengthen the fortitude of its people. In this context, I believe it is important to bring new opportunities to the Negev and Galilee. Additionally, the Plan will entail a series of measures with the inherent potential to improve the lot of the Palestinian Authority, providing that it demonstrates the wisdom to take advantage of this opportunity. The execution of the Disengagement Plan holds the prospect of stimulating positive changes within the Palestinian Authority that might create the necessary conditions for the resumption of direct negotiations.

We view the achievement of a settlement between Israel and the Palestinians as our central focus and are committed to realizing this objective. Progress toward this goal must be anchored exclusively in the roadmap and we will oppose any other plan.

In this regard, we are fully aware of the responsibilities facing the State of Israel. These include limitations on the growth of settlements; removal of unauthorized outposts; and steps to increase, to the extent permitted by security needs, freedom of movement for Palestinians not engaged in terrorism. Under separate cover we are sending to you a full description of the steps the State of Israel is taking to meet all its responsibilities.

The government of Israel supports the United States' efforts to reform the Palestinian security services to meet their roadmap obligations to fight terror. Israel also supports the American's efforts, working with the International Community, to promote the reform process, build institutions and improve the economy of the Palestinian Authority and to enhance the welfare of its people, in the hope that a new Palestinian leadership will prove able to fulfill its obligations under the roadmap.

I want to again express my appreciation for your courageous leadership in the war against global terror, your important initiative to revitalize the Middle East as a more fitting home for its people and, primarily, your personal friendship and profound support for the State of Israel.