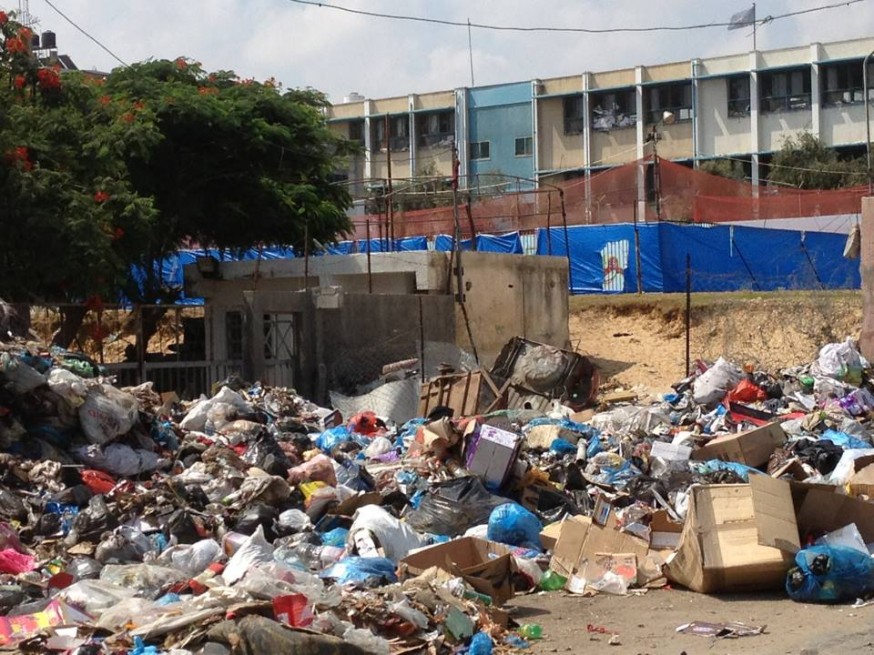 The war went on for more than a month, the longest and harshest war the Palestinian people have witnessed. Innocent people were killed, houses were bombed, and people are still taking shelter at United Nations schools. For them, it’s the only place where they can stay.

Mohammed Abu-Daraby, 40-years-old from Beit Lahiya says, "My family, consisting of 10 members, evacuated our house in Beit Lahiya to UNRWA schools because Israelis told us to leave our house."

The condition of displaced families at UN schools is miserable: classes are crowded with people, garbage is everywhere inside and in front of schools, displaced families evacuated their domestic animals with them - schools are full of sheep, horses and even cows.

In an interview with Ziad Abu-Sabha, head of Khalifa Bin Zaid School northern Gaza, he says, "Displaced people at this school are really poor, their living conditions are terrible, we could hardly afford to provide them with food and healthy drinking water.

"In Khalifa Bin Zaid School there are about 4,500 displaced people. Twenty people sleep in one classroom. It's very crowded, people sleep on the tables and on the floor. If the war doesn't stop a crisis will happen,” he continues. 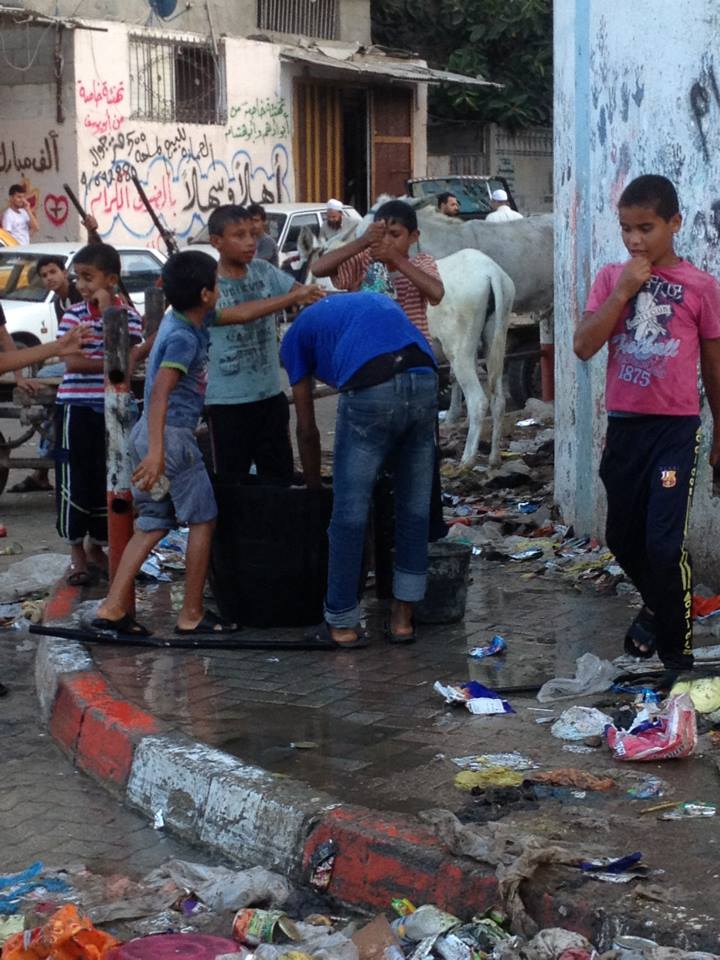 Displaced families at UN schools have had to evacuate their homes. Some of their homes got bombed while they were inside the house and they survived by some miracle, while others lost their houses after evacuating them.

Mohammed Kafarna from Beit Hanoun in north Gaza has been displaced from his house for 28 days. "My house got bombed. We were inside the house that day. My six-year-old child died and my pregnant wife lost the baby,” he says with tears. “What are we going to do now? Where are we going to go? My children are homeless."

Most of the displaced families evacuated to United Nations’ schools. It’s the only shelter they can find and the belief is that it’s safer to be there. Unfortunately, the UN schools have become targets for Israel’s war planes.

According to OCHA’s Gaza Emergency Situation report, 520,000 people are displaced and staying in emergency shelters, which is about 30 percent of Gaza's population. Six UNRWA shelters have been hit during Israeli attacks, resulting in multiple casualties.

"I lost my house during the war and we evacuated to Abu-Hussein School in Jabalya camp. Suddenly we heard bombing in the school. I was shocked. I thought we were under the protection of United Nations. Where should we go now? We have no other safe place," say Mohammed Abu-Jarad, from Beit Hanoun, in a desperate voice.

Painful cries and sorrowful screams were heard from the displaced children at Abu-Hussein School, which was directly hit by Israeli warplanes. Desperation and pain wear heavy on Maha, 11-years-old, who lost her father as she describes what happened to her at the UN school. "We left our houses in Beit Hanoun and we evacuated to Abu-Hussein School. Suddenly bombs were all over our heads. We are children, we did nothing to Israel. I want my father back, they killed him."