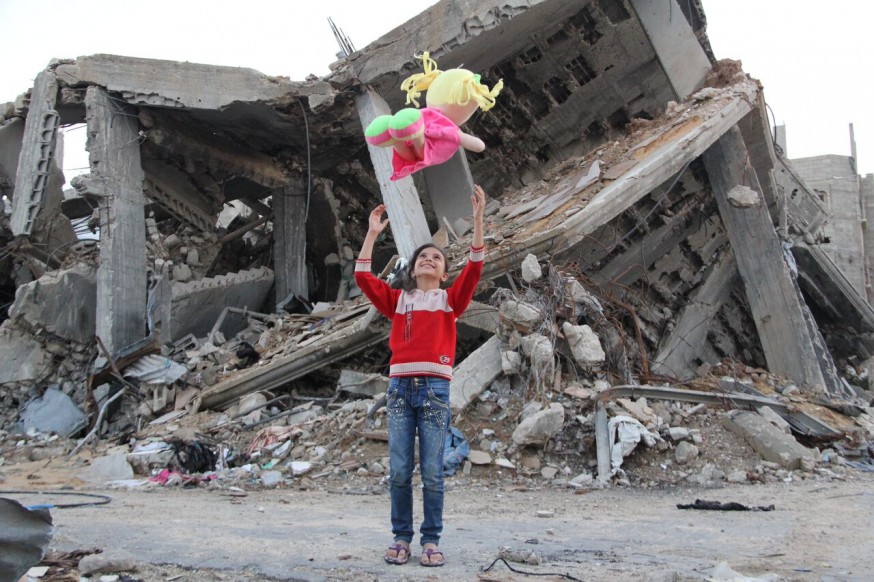 While the 2014 Israeli assault on Gaza may feel like a distant memory to much of the world, the residents of the Gaza Strip still feel its effects daily, particularly in the wintertime. The assault damaged or destroyed hundreds of thousands of homes, hospitals, schools, and key water and electricity infrastructures. Today, more than 100,000 Gazans are still homeless as a result of the attack and the continuous siege that is hindering serious reconstruction efforts, and 500,000 Gaza residents are living in partially damaged homes that they cannot afford to repair.

In late 2015, the Welfare Association WA (Taawon in Arabic) , the largest nongovernmental Palestinian humanitarian organization, began fundraising to continue to address the scourge of damaged homes in Gaza. The campaign, called “Restore a House, Restore a Heart,” aims to provide essential repairs to homes that were damaged in the 2014 assault to make them safe, secure, and waterproof. WA is hoping to restore at least 300 homes through this effort, but may be able to tackle more depending on funding. Since the siege, WA has led similar campaigns and rehabbed a total of 1,400 homes to date.

One of those belongs to Zahid Badawi, a 47-year-old father of six who lives with seven other family members in the Zeitoun neighborhood. During the attacks, his house was damaged by a missile, and Badawi sustained a spinal injury during the attack that prevented him from working to earn the money needed to make repairs.“It was impossible to stay in the house with no roof, cracked walls, and broken windows and doors,” says Badawi. “It was dangerous.”

When the WA team came to assess the property, they were shocked to see that the Badawi house no longer had basic amenities like a toilet, and went straight to making fixes. “The Welfare Association (Taawon) repaired my house through maintenance and installed windows, doors, and a toilet,” says Badawi. “It’s still a small house, but it’s safe and proper to live in. My daughters were so happy to return home.”

WA, which operates in the West Bank including Jerusalem, the Gaza Strip, the 1948 Palestinian communities, and the Palestinian refugee camps in Lebanon, and specializes in architectural refurbishment and restoration, has a Gaza office of 17 full-time employees who oversee the home restoration projects. When selecting houses for rehab, the WA team prioritizes families who have not received assistance for their houses from other aid organizations. They also aim to help households that are headed by women (who may have more difficulty making an income), households with a large number of residents, and families that have a member with special needs.

Once the houses are identified and assessed, construction workers will make a myriad of fixes. They’ll repair holes in roofs and walls, replace broken doors and windows, repair any damaged electrical and sanitary system, tile and plaster, and install metal sheet roofing where needed. After the work is finished, hundreds of families will be able to live comfortably and safely at home for the first time in 18 months. The project will also provide job opportunities for both skilled and unskilled laborers who have been unemployed for years due to the siege.

Click here to learn more about Restore a House, Restore a Heart, or to make a donation.