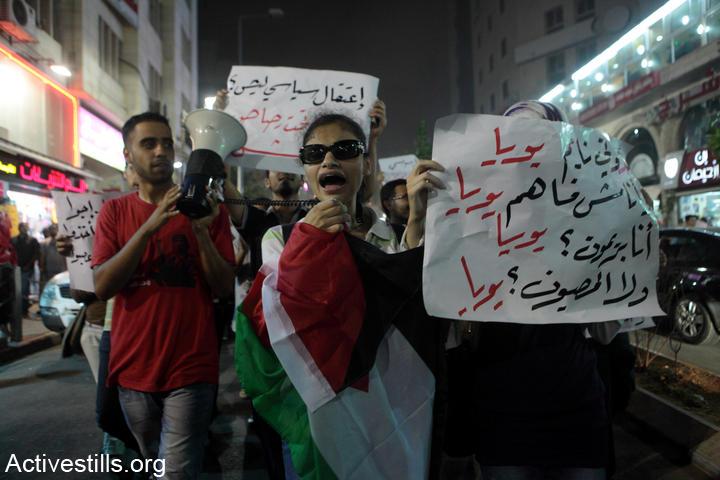 In recent days, a series of protests sparked by the high cost of living has erupted amongst Palestinians living in the occupied West Bank. Although initially directed mainly at Palestinian Authority Prime Minister and former Finance Minister Salam Fayyad, some protesters have also taken aim at PA President Mahmoud Abbas and the PA itself, for the PA’s handling of the economy and relations with Israel.

Please join us as we discuss the protests and related issues ahead of expected large demonstrations on Thursday, with guests Bassim Khoury, former PA Minister of National Economy, Diana Buttu, analyst and former legal advisor to Palestinian negotiators, and Abir Kopty, activist and spokesperson for the Popular Struggle Coordination Committee.