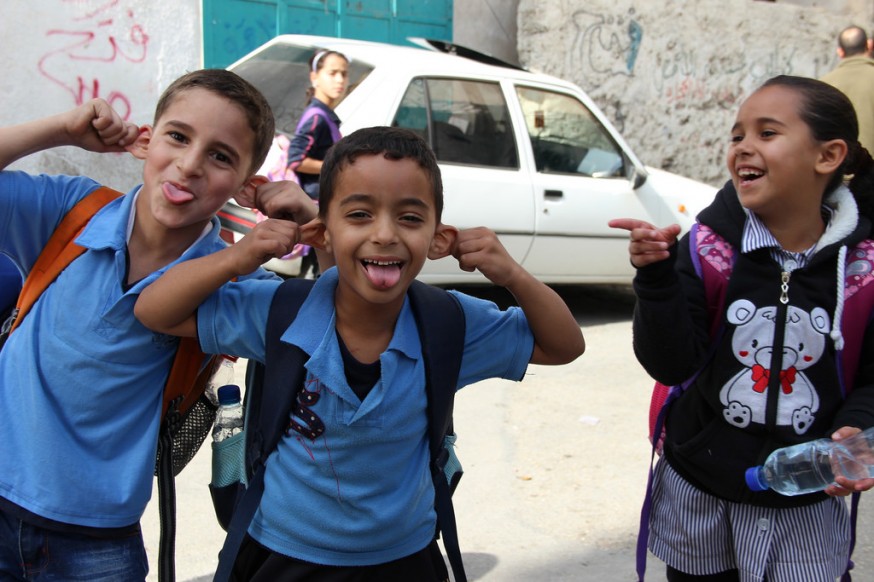 Over one-third of the Palestinian population in the West Bank and Gaza Strip are students in primary, secondary, or higher education. There is a 98.2% literacy rate among persons 15-24 years of age, and an overall adult literacy rate of 91.1%. Primary and secondary education in the West Bank and Gaza Strip is provided in 1,577 government schools, 296 schools run by the United Nations Relief and Works Agency (UNRWA), and 249 private schools. Roughly one-third of the schools are co-educational.

Education has been overseen since 1994 by the Ministry of Education of the Palestinian Authority. The Ministry was able to install the first Palestinian-devised curriculum by 2000.

Within the West Bank and Gaza Strip, education for Palestinians at all levels has been severely disrupted by Israeli occupation. Many schools have been ordered closed by the Israeli military, while curfews, checkpoints, and other restrictions on movement have prevented teachers and students from reaching classes. Since September 2000, 860 Palestinian children, 199 university students, and 39 teachers have been killed by Israeli troops, and 2,500 students arrested. Israeli shelling has damaged 269 schools and totally destroyed 73 schools.