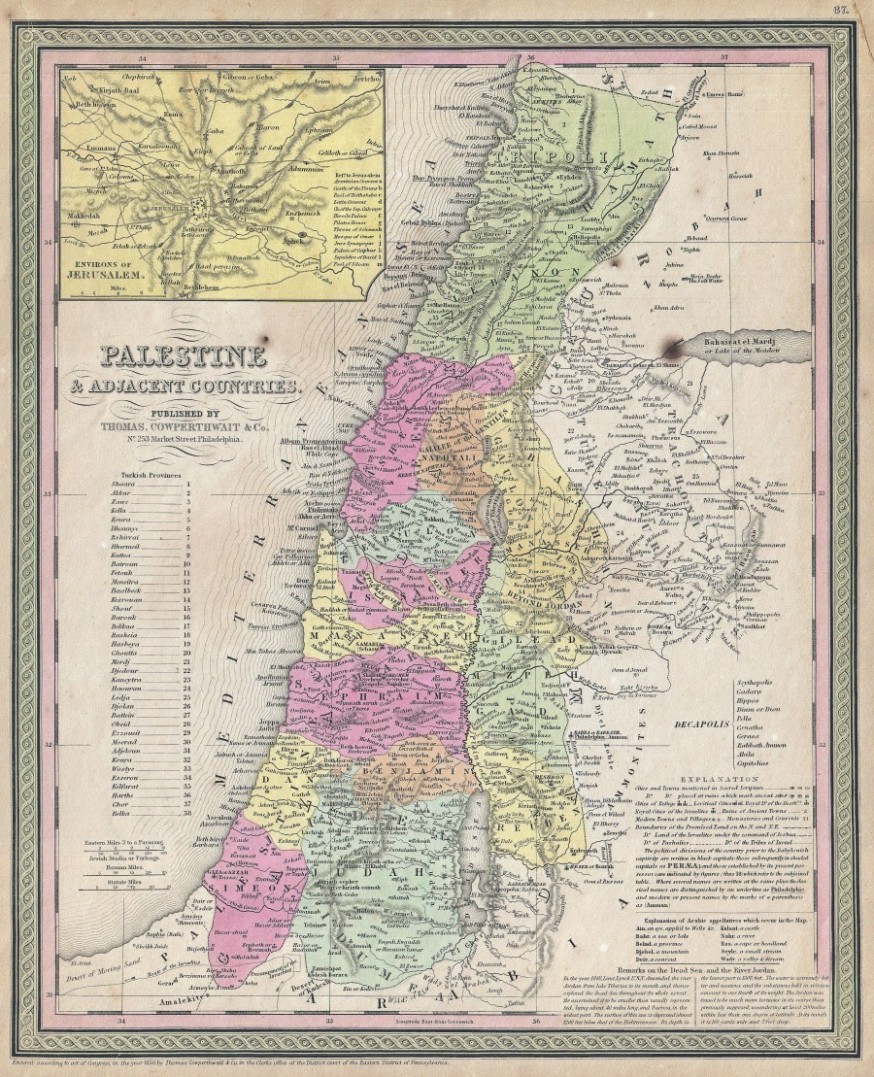 Palestine is at the eastern end of the Mediterranean Sea, and forms a land bridge connecting the continents of Africa and Asia. One of the longest continuously inhabited areas of the world, Palestine has been recognized as a distinct geographical region since the Greek and Roman eras. (The name derives from the Philistines, a sea-faring people who invaded and settled the area in ancient times. The Arabic name for the country is still Filasteen.)

More recently, Palestine has been used to refer to the Occupied West Bank and Gaza Strip, areas partially administered by the Palestinian Authority. However, these territories represent less than a quarter of former Palestine.

The modern boundaries of Palestine were drawn by the British, following their conquest of the region from the Ottoman Turks during World War I. Against the explicit wishes of the native Palestinian Arabs, the British were granted a "mandate" over Palestine after the war ("mandates" were granted by the League of Nations to Britain and France over former Ottoman provinces, ostensibly to assist their peoples toward eventual national independence). Originally the mandate included what is today the Hashemite Kingdom of Jordan, but the British split off Jordan for autonomous governance in 1921. The British ruled Palestine directly through an appointed High Commissioner from the end of World War I to 1948. The terms "Historic Palestine" or "Mandate Palestine" are sometimes used to denote this entity, which was about the size of Vermont.

The mandate ended on May 14, 1948, when British troops withdrew from Palestine. The previous November 29, the United Nations General Assembly had recommended the partition of Palestine into two states, one Jewish and one Arab, with an internationalized status for Jerusalem. Civil war broke out almost immediately. Better-armed and trained Jewish forces began to expand out of the areas allocated to the Jewish state, pushing many Palestinians into exile.

By the time of Israel's declaration of independence the day after British withdrawal, on May 15, 1948, hundreds of thousands of Palestinians had fled their homes. When armistice agreements were concluded in 1949, Israeli military forces controlled 78% of Mandate Palestine. The remaining 22 percent, comprised of the West Bank and Gaza Strip, fell under Jordanian and Egyptian administrations, respectively.