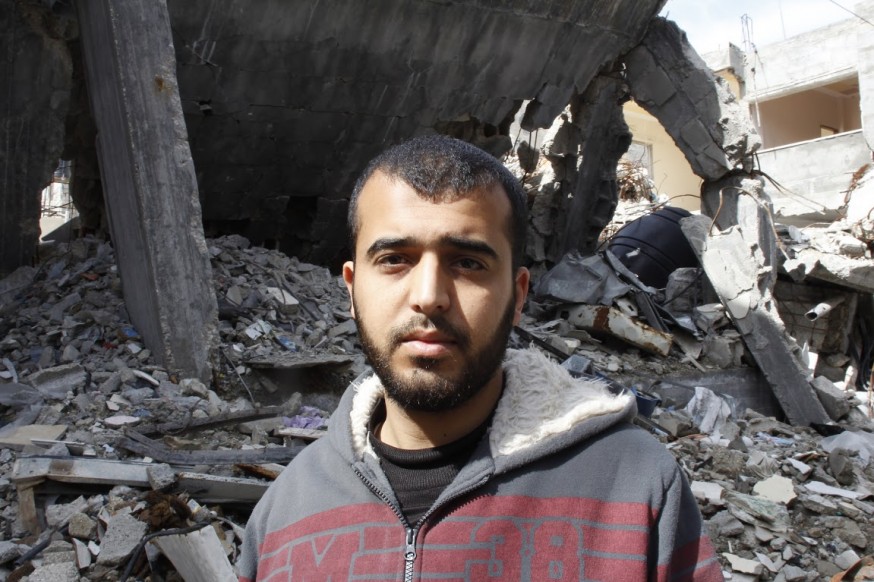 Yassir Mahmoud El Haj, 25, is from Khan Younis Refugee Camp in Gaza. He lived with his family, except for one sister who lives in Rafah with her husband, when their house was struck by Israeli warplanes without warning during the first week of Israel’s 2014 attacks. The only two members of his immediate family left alive were Yassir himself and his sister who no longer lived at home. 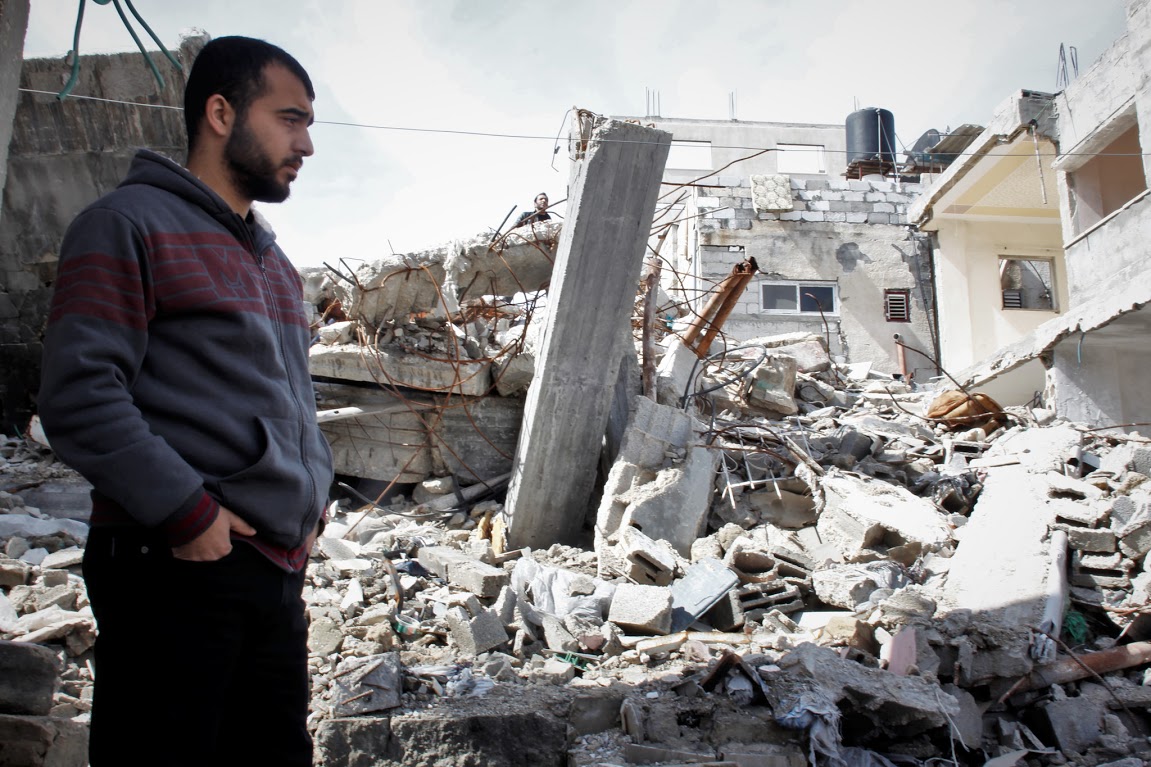 On the 10th of July, 2014, during the third day of attacks at 1:30 AM, our house was targeted with three Israeli missiles, one small missile and two F16 missiles, without any warning.

The day before they hit the house, my family was visiting my uncle, who lives 500 meters away and I stayed with my brothers at home. When they came back that night, I wanted to go out to check on my friends to make sure they were okay. My family told me not to be long and to be careful. I was out for one hour and then my friends and I decided to go home because the situation was dangerous and the Israeli warplanes were flying heavily in the sky.

I was 100 meters away from my house when the two F16 missiles fell in front of my eyes in a matter of seconds. We found out later that there was a small missile that hit the house before I arrived.

I couldn’t see where the two missiles hit exactly; I was confused. The smoke and dust filled the air and people were screaming and shouting. I got a bit closer but I couldn’t see where the bombing was exactly. Then, someone running in the street said “they bombed El Haj’s house.” After a minute, I realized that it was my house and that it was my family under the rubble.

I started to scream, “My family is here! What happened?” Then people came and started searching under the rubble. I saw my uncle holding my mother and her legs were cut and he ran to the hospital. I followed him to see what happened to my mother but the neighbors stopped me and started to tell me that my family is okay. “How are they okay? They were all in the house and the whole house was destroyed!” I said. 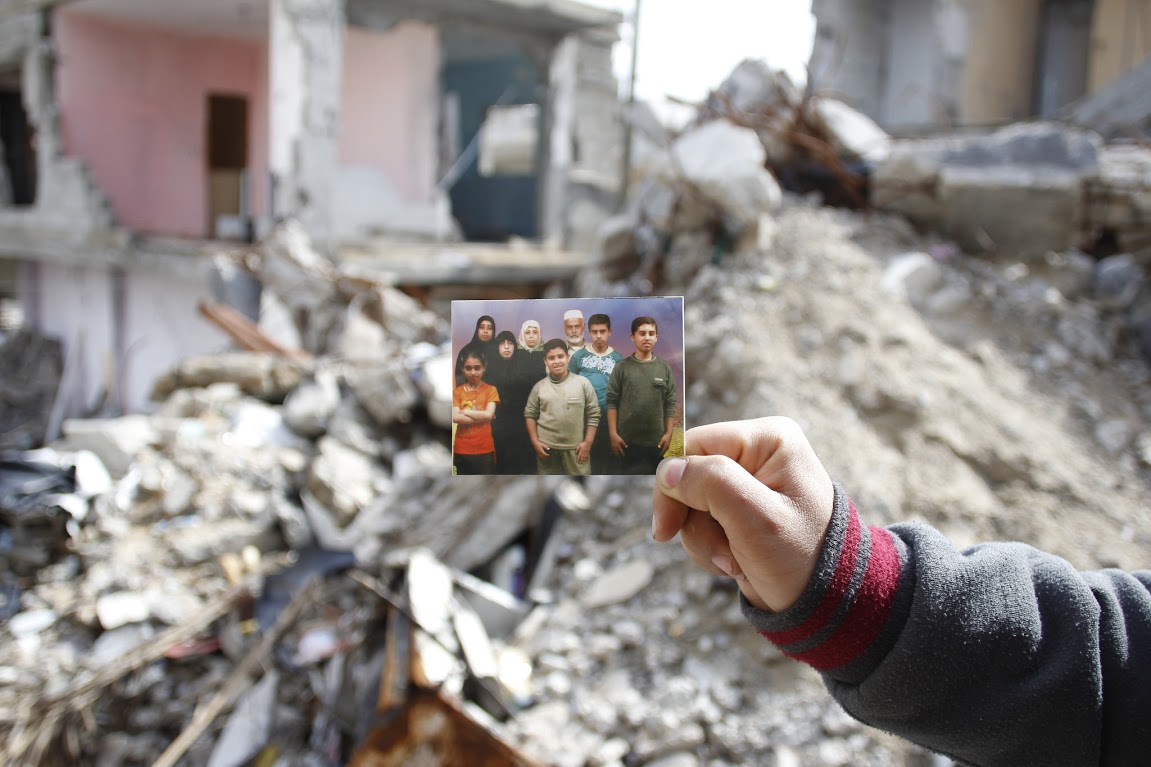 I remember when we had our last dinner during Ramadan and gathered on one table and talked about the news and situations as any normal family. I wish I knew the reason why they bombed my house and killed my family.

Then they took me to the hospital and I started to search for my family between all the injured people and I didn’t find any of them there. I lost control of myself and screamed, “Where is family?” The doctor came and gave me a sedative and some of my relatives told me that my family is fine and that I could see them when I felt better. When I woke up, they told me that they were all killed. Then, my brother-in-law took me to my house again and I found that they were still taking out the bodies there and I saw my father’s and brothers’ bodies being removed.

After the war, I lived in my uncle’s house and then in my sister’s house in Rafah. Then I rented a house, and I faced many problems in finding an apartment. I don’t work and I don’t have the ability to rebuild the house, especially since I was living inside a refugee camp where the houses are very close to each other and full of people. Thirty people were injured that day and seven houses are unsuitable for habitation in addition to the many partly damaged houses around my house.

I have no one now. I lost my family in this life so I don’t expect any good days in future  — I’m only waiting for time to pass.

The hardest moment in the war for me was when I came back from my friend’s house and I didn’t find my home. I just couldn’t understand that I just left all my family inside for only one hour and then found it destroyed. I regret that I went out; I wish I was there with them.

I got engaged recently and I’m getting married soon. My only sister has helped me try to move on. 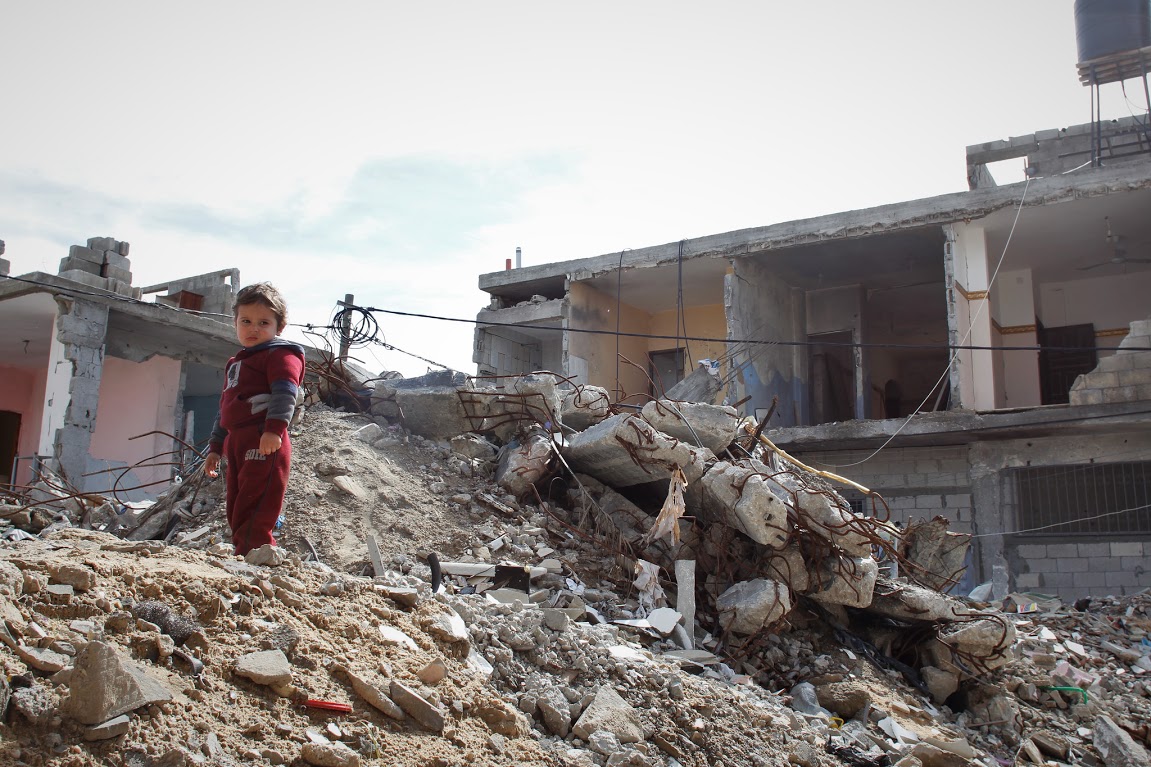 I want the world to know that Israel targets civilians’ houses directly. The children and the families who were killed during the war are the evidence of Israel’s crimes toward civilians in Gaza, so I ask the whole world not to support Israel.

All my sisters and brothers were smart and had good grades in school and they were still so young. None of them were involved in any political or resistance parties. Fatma, my sister, and Sa’ad, my brother got 98% averages at school. My eldest sister, Najla, was first in her class in college and and she worked as a teaching assistant at her university.

I remember when we had our last dinner during Ramadan and gathered on one table and talked about the news and situations as any normal family. I wish I knew the reason why they bombed my house and killed my family. I still want to know why.