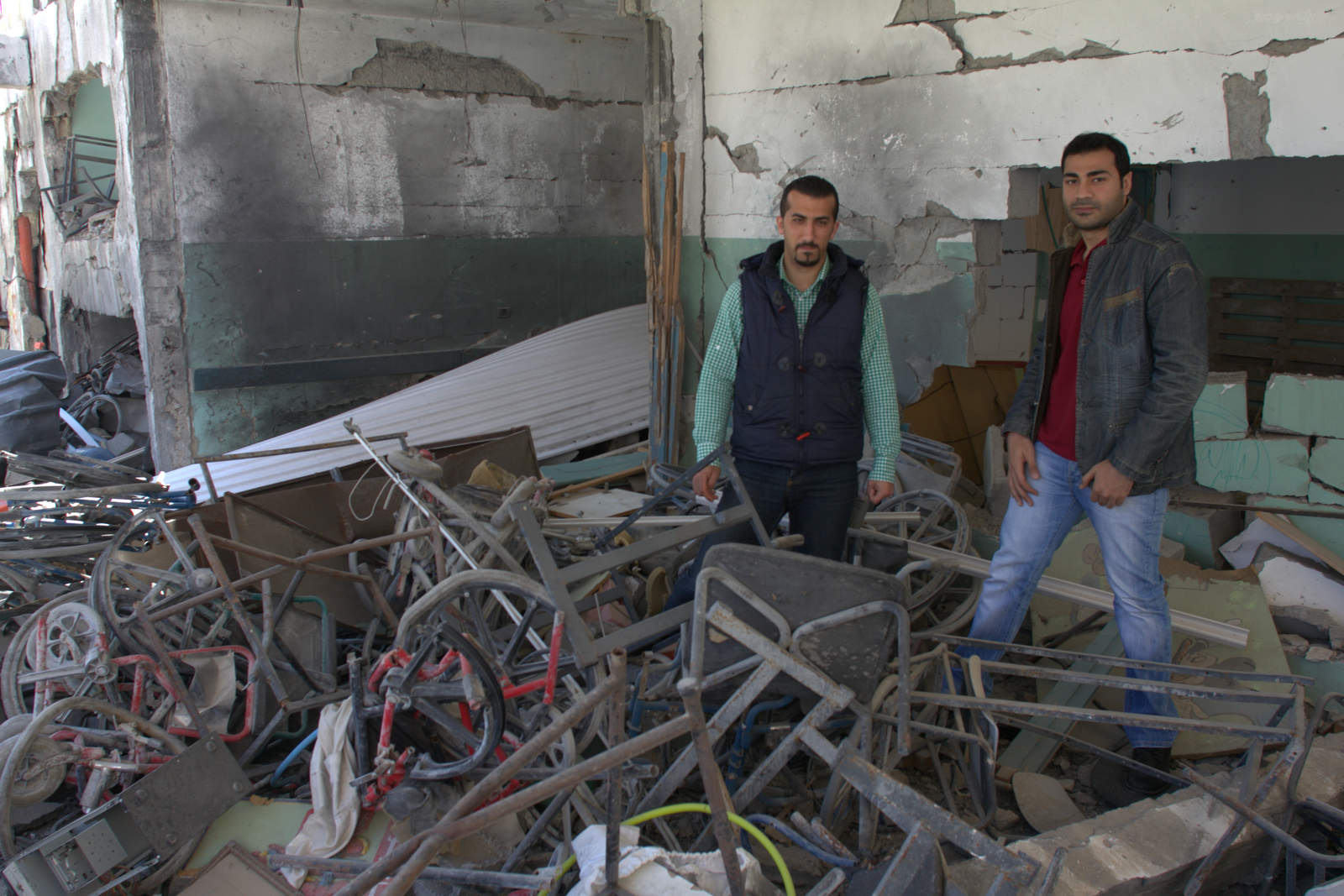 Mostafa Asi and Dr. Bassel Abu Warda in the rubble of the destroyed school 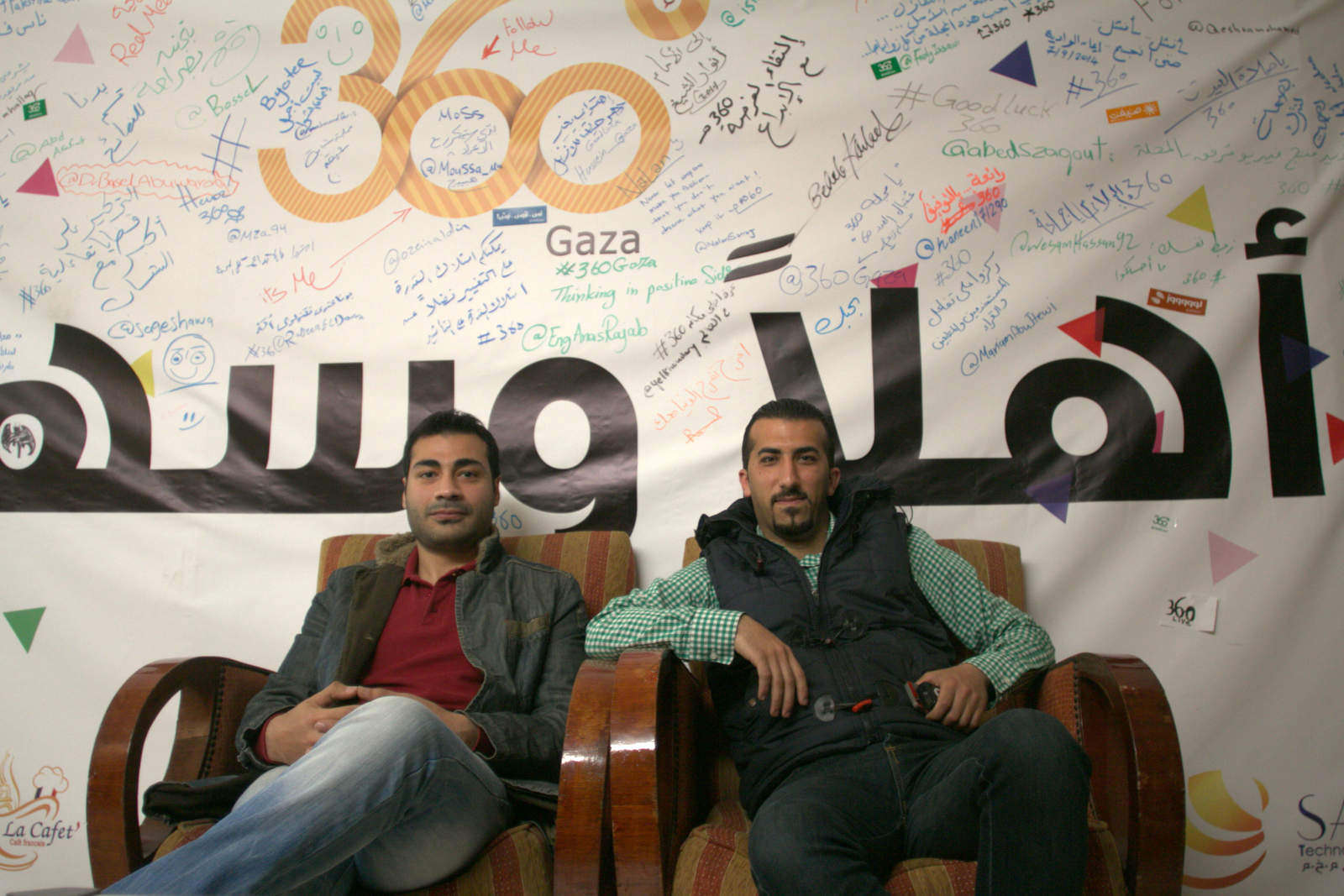 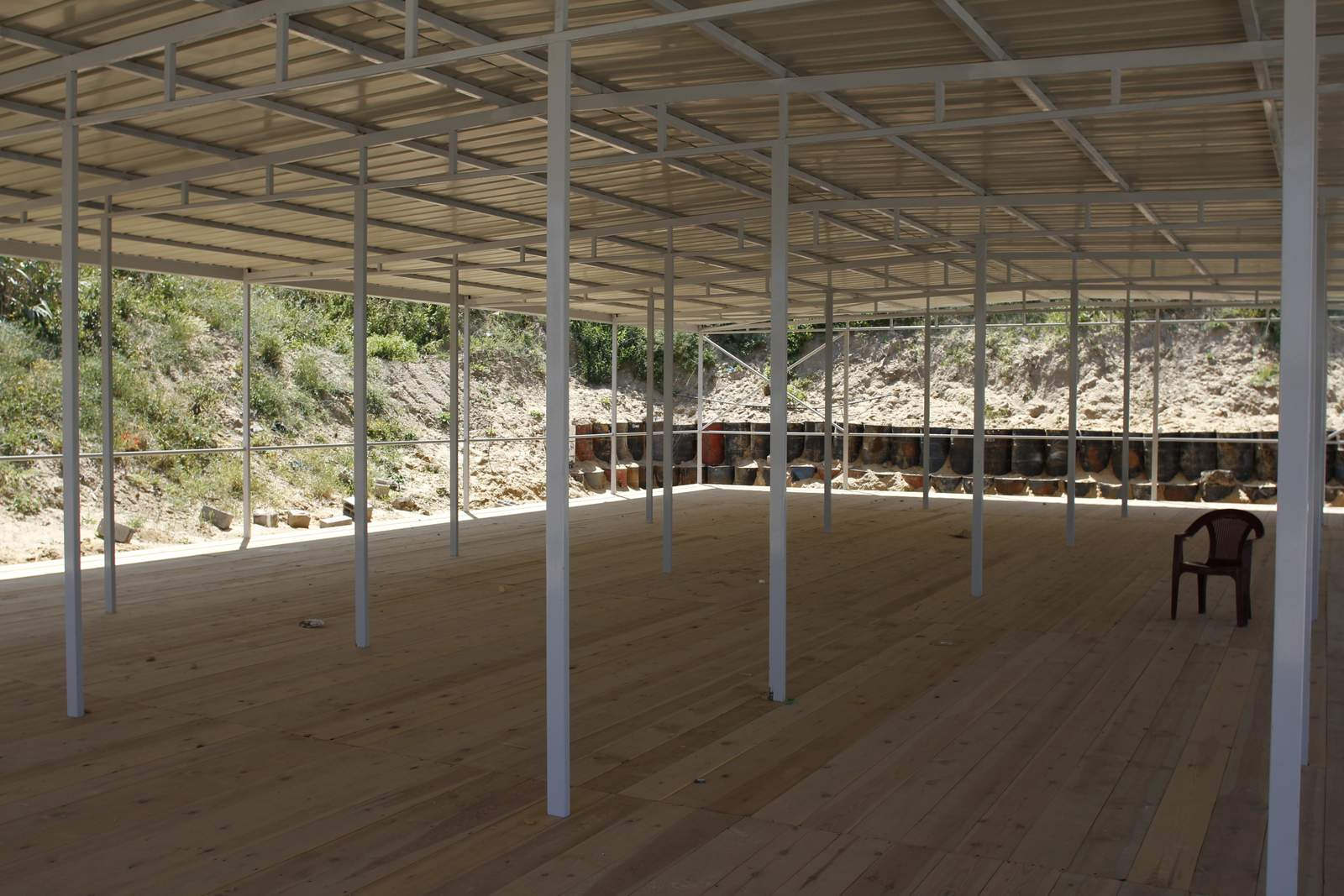 a view of the new school building, currently in progress

Doctor and human rights activist Bassel Abu Warda and architect Mostafa Asi started the Save Gaza Project (SGP) during Israel's attacks on the Strip last summer. They have plans to rebuild Gaza's only school for children with disabilities, Shams Al Amal, and create an alternative space to be used for classrooms while the original school's reconstruction is in progress. The school was almost entirely destroyed when warplanes heavily bombarded the Zeitoun neighborhood on the last day of Israel's 2014 offensive, which killed over 500 children and injured more than 3,000, leaving many with permanent disabilities.

Abu Warda and Asi's online fundraising campaign has received support from around the world, exceeding their original goal and allowing them to expand their reach and help more children. The partners describe how their project came to be while bombs fell on Gaza and how it has evolved since then.

We started the project because Gaza needs it - we need anyone to start doing anything. We have no economy, no houses, and people in shelters. Nothing was left after the war. We as people living in Gaza - we have to help to improve the living situation in Gaza.

After the war, things became clear and we were able to organize ourselves on the ground and we finished the needed paperwork. We had to register our organization and join forces with a reliable source. We are now a recognized part of the Ehdath Association, which has been working in Gaza since 2003.

Before the war, we only had ideas. The start-up phase began during the attacks, when we searched for volunteers and partners. We couldn't work on the ground because the situation didn't allow for that, but we focused on the media coverage and we did our best to show what was happening.

The group helped grow the success of the campaign. During the war, one of the Israeli newspapers said that Israel had triumphed over Gaza in everything except social media. During the war, ordinary people like you and me were the ones who reported and wrote the news and delivered the facts.

The Society of Physically Handicapped People is in eastern Gaza, which was exposed to artillery shelling and aircraft during Israel's attacks. It was bombed and destroyed without any reason as many of the homes, hospitals, and other targets in the region. The random shelling was probably intended in my opinion, in effort to destroy the Palestinians' spirits and their morale.

In order to rebuild the original school, we need four months to remove the rubble and two years for reconstruction. The alternative, temporary institution we are building now will provide the basics for students until then. Also, there are students who lost their wheelchairs and they depend on them so we will not wait years to provide them with new chairs. In addition, about 33% of the injuries during the war resulted in disabilities, which means we need more wheelchairs than before.

We had the idea during the war. Bassel was volunteering in the hospital and I was following the news for the media coverage. The situation didn't need more negativity - we needed to take the first step to move on, especially after the war set us a hundreds of years back.

The first activity was to build an alternative school for the Society of Physically Handicapped People and replace needed supplies. All their wheelchairs were destroyed in the bombing of their school.

We did not expect the campaign to succeed like this. The world has proven to us that it sympathizes with us in times of war and times of peace, so we started our goals in stages, and step by step, we got the idea of expanding the aid because there are more children that need help. With bigger goals, we will help more people and this is what we aspire to do.

All the data we collected was from the Society of Physically Handicapped People. They provide all the services needed for a decent life, including physical therapy, medication, wheelchairs, and mobility aids. It's a subsidiary of the Ministry of Health, though it's a non-governmental institute.